A recent graduate from Nottingham Trent University has been named Agricultural Student of the Year. 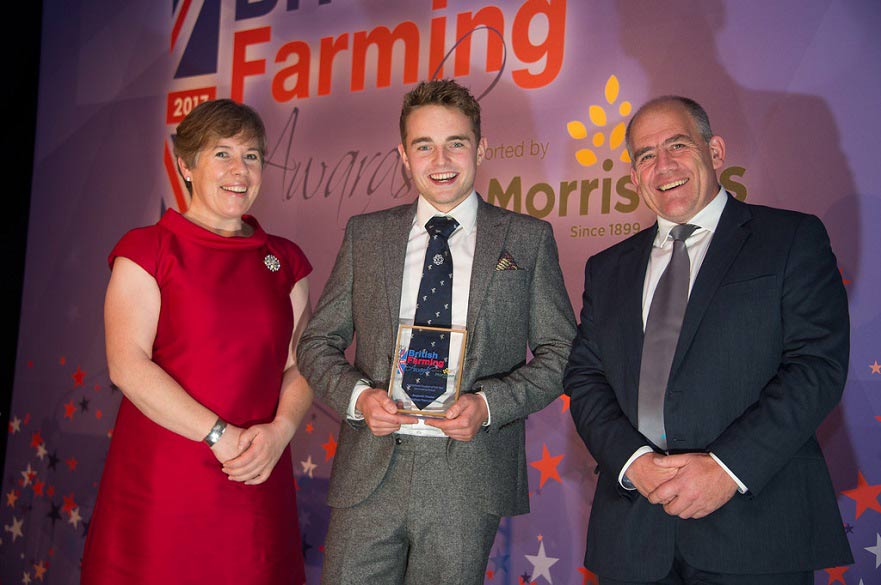 Benjamin Theaker received the award at a ceremony in Birmingham (Image: Farmers Guardian)

Benjamin Theaker, 22, is from a non-farming background and was presented with the national accolade by the British Farming Awards.

The awards showcase the innovation and achievements of farmers from across the agricultural industry.

Benjamin was praised by the judges for his knowledge of the challenges currently facing UK agriculture and for taking the opportunity to attend university.

Benjamin, who was based at the university’s Brackenhurst Campus, graduated this summer from a two-year BTEC Agriculture course with a Triple Distinction Star (D*,D*,D*) and a number of other practical qualifications.

He was sponsored to go to university by his employer Worksop Manor Farm.

After gaining his A-levels Benjamin spent a summer’s harvest on the farm, which turned into a year’s work placement.

While at university he established a Brackenhurst Young Farmers’ Club, after spotting an opportunity to bring students together for fundraising, activities and competitions.

He also showed the Brackenhurst Lincoln Red herd at Newark and Lincolnshire  county shows, where they achieved champion breed.

Benjamin, who is an active member and vice-chairman of a Nottingham Young Farmers’ Club, hopes to become an estates manager in the future.

Charlotte Jeffrey, a lecturer in agriculture in the university’s School of Animal, Rural and Environmental Sciences, said: “Ben was so keen to learn all about agriculture, he was always ready with an array of questions, a real pleasure to teach. It is such an outstanding achievement for someone who isn’t from a farming background to excel on his course and be recognised by the industry for this achievement.

"I was so pleased that a student who has studied a Level 3 Extended Diploma course beat off stiff competition from the others short-listed who were studying degree courses.”