NTU look to bounce back against Cardiff Met

After a gutsy performance from NTU last Friday, they now come up against Cardiff Met in round 2 of the BUCS Super League. Cardiff will be looking for an improved season, after finishing seventh last year with just three wins and 11 losses. 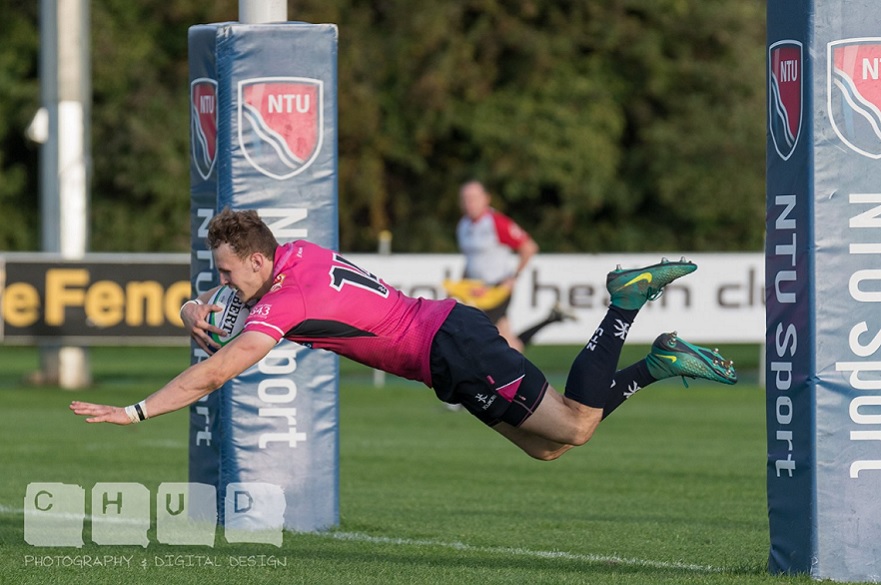 Last week Cardiff faced Northumbria, losing 57-23, so they will certainly be looking to produce a strong performance in front of the home crowd.

However, NTU will be seeking revenge after narrowly losing to Cardiff 17-12 in treacherous conditions in last year’s cup.

After Leeds Becket beat Bath last week, having lost all of their games last season, it shows that this year there will be no easy games in the league.

Looking at the starting line-up for NTU there have been a few changes made to the side that faced Exeter. In the forwards, Jake Farnworth moves to 7 to replace the injured Mike Ozdilli, whilst Jon Broberg steps in at two to make his Super Rugby Debut. Also making their debut is Alex Goble at 11, and James Peachey is given his first start and chance to prove himself at 14. David Williams moves to 15 and Max Craven has to come in at 10 for Will Sutton who is also suffering from injury.

The long trip down to Cardiff is one of many that the men in pink will face this season as the league features teams all over the country. It will be a tough test as the first away game and they will be eager to get their first points on the board. If NTU can play like they did in the second half against Exeter then they stand a good chance of bringing home the win.

For more information about NTU Rugby Union, visit their website.

NTU look to bounce back against Cardiff Met