NTU were back at The Bay for the third round of the BUCS Super Rugby against Leeds Beckett. This was a game where both sides’ physicality showed, and it proved to be an enthralling encounter as neither team wanted to suffer defeat. 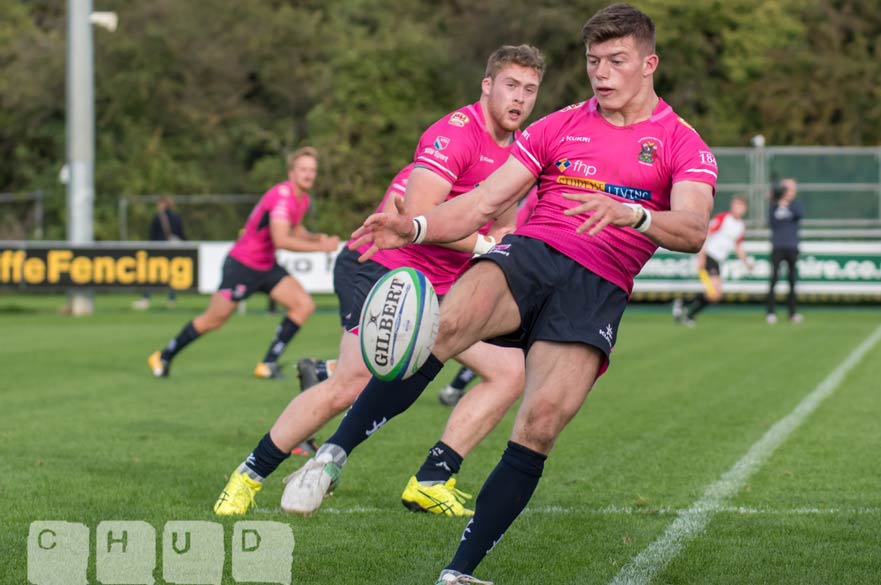 For the first thirty minutes of the game, it was obvious that either side could take home the points as they looked evenly matched. Even though NTU couldn’t seem to get out of their own half, just like previous games, they looked comfortable soaking up the pressure in defence.  However, as the pressure built, it was unlikely that Leeds weren’t going to come away with anything. They were awarded a penalty off the scrum for their efforts and it was kicked over to make the score NTU 0 – 3 Leeds.

The next five minutes of play followed in a similar suit to the first thirty, with NTU finding it difficult to get the ball and play out their half. Fifteen metres out and Leeds had another scrum in a dangerous position on the right-hand side. The ten hit the thirteen after he cut in off his line and breached the NTU defence to go in under the post. After a strong defensive performance in the first half by NTU, a lapse in concentration let them down to what was an easy try for Leeds. The kick was nudged over and the score was NTU 0 – 10 Leeds.

From the restart, Max Craven hit it deep into the Leeds half. The Leeds nine sliced his kick and failed to reach further than the twenty-two. If NTU were going to take anything from the half then it had to come now. A number of penalties given away saw NTU edge closer to the Leeds try line. Jake Farnworth then managed to break free from the maul and pass it out to Alex Crocker on the wing who finished in the corner. James Peachey sent the conversion straight over the posts from wide to put the score NTU 7 – 10 Leeds going into half time.

After not getting much out of the first half, NTU would have gone into half time feeling like they had faced all of what Leeds had to offer. Whether they could keep their defensive line tight throughout the second half would tell a different story though.

Unfortunately, the second half couldn’t have started any worse for NTU. After just one phase from the kick, Leeds played out from their own twenty-two to run the length of the pitch and score. The kick went over and Leeds were back into a more convincing lead: NTU 7 – 17 Leeds.

Despite the lacklustre start from NTU, they started to see more of the ball in hand and were rewarded with a penalty in front of the posts. Craven slotted it over to bring NTU back within touching distance: NTU 10 – 17 Leeds. Having put a shift in all game, the NTU defence looked like it was starting to tire with gaps opening up. An overlap on the left and a few missed tackles allowed Leeds in for their third try. The conversion was good, and with ten minutes to go the NTU heads started to drop as the only thing left for them to take from this game was pride. This however, did not stop Leeds putting two more tries past NTU in the last five minutes to truly kill the game. The final score finished NTU 10 – 36 Leeds.

Despite a gutsy performance in the first half, NTU were not able to withstand the Leeds pressure in the second half as holes started to appear. Once again, NTU lacked a real spark in the team and a few silly errors gifted a number of points to Leeds. Injuries obviously didn’t help the side going into the game, however it was certainly an improvement compared to last week against Cardiff. The boys now need to pick their heads up once again and go back to the drawing board to work out where it went wrong. As previously mentioned, points aren’t going to come easy in this league, and as the season progresses, NTU will need to grow as a team to stand any chance of picking up wins.