Huge opportunity for NTU to get first win

Tomorrow night NTU face Bath in the 6th round of the BUCS Super Rugby. Both sides go into the game seeking their first victory of the season, therefore making it a crucial game that neither will want to lose. NTU will hope that this will be the game that helps them set sail and climb off the bottom of the table with a strong performance. 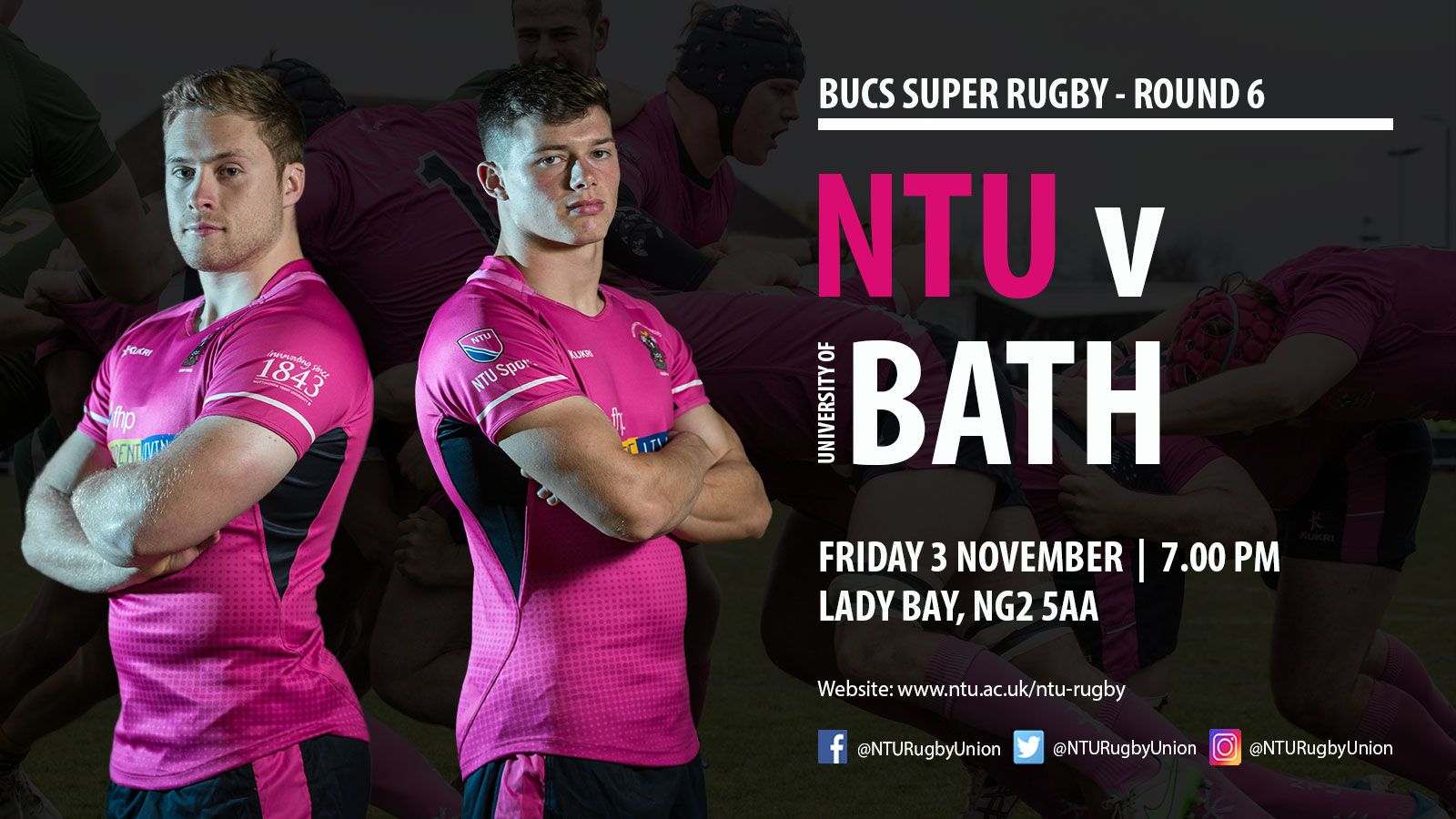 The starting line-up sees little change from the team that faced Northumbria two weeks ago. The back line remains the same, however one player that has been missed all season Tim Cardall comes in at 5 to make his first start in the BUCS Super Rugby. Seb Cecil also starts after returning from injury.

Despite NTU losing their first four games, the table doesn’t lie in proving that these have been the teams to beat thus far. Northumbria, Exeter, Cardiff and Leeds all have only lost one game, whilst reigning champions Hartpury are also yet to pick up a win.

If NTU want to do well in the league this year then they need to be winning games like the one tomorrow. A full strength team, home tie and two week break provides no excuses for the team to shine and show what they have to offer. It won’t be an easy game for the boys, but it is one where a step up needs to be made.

Huge opportunity for NTU to get first win