The exceptional work of Nottingham Trent University towards sustainability has been recognised with two Green Gown Awards from the Environmental Association of Universities and Colleges. 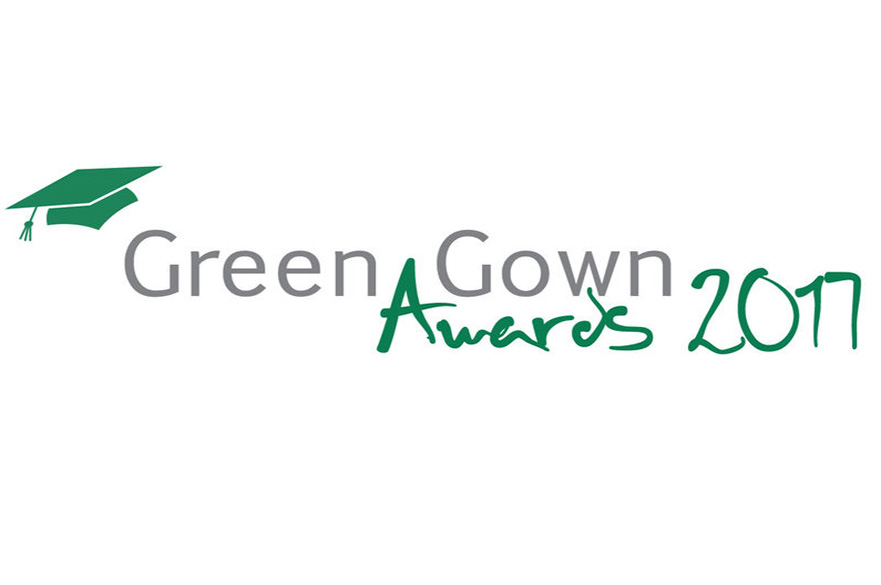 The Green Gown Awards are the most prestigious recognition of best practice within further and higher education.

Professor Eunice Simmons, Deputy Vice-Chancellor at Nottingham Trent, won the category for Leadership at the ceremony in Manchester last night (15 Nov) while the University also won the Employability category for its work within Nottingham Business School to develop the responsible leaders of the future.

Prof Simmons won the Leadership award (Large Institution) for her career-long commitment to environmental and social sustainability and her determination to turn theory into action to enhance the life opportunities and broaden the worldview of students.

As an environmentalist and educator in five universities she has led and participated in numerous community projects, opening up campuses to facilitate social enterprises in horticulture, forest schools, countryside access and nature conservation projects.

Beyond the university, she has led regional projects achieving significant restoration of habitats and recreational spaces - vastly improving the quality of life for thousands of people. Prof Simmons considers access to education as equally important and is proud that NTU leads the sector in this regard.

Prof Simmons said: “I am extremely honoured to receive this award from the EAUC and am particularly grateful to the many colleagues at NTU who share my commitment to ensuring we are one of the UK’s most sustainable universities. I look forward to working with them on our new approach to embedding the UN’s Sustainable Development Goals across all our activities.”

The University won the Employability (Large Institution) category for its work within Nottingham Business School to help students future-proof their career. Since 2012/13, all final year undergraduate business students study a core module in Leadership and Employability, a key element of which considers how to be a responsible leader in the future. This includes reflecting on ethical and sustainability issues they may encounter in their careers. Around 1,200 undergraduates undertake the module each year. An equivalent module has now also been introduced at postgraduate level.

Fiona Winfield who heads up the initiative for Nottingham Business School, said: “It is a real honour to win the award as it is recognition of the way in which we firmly link sustainability to employability via these core modules.”

Ella McManus graduated this year and completed the Leadership and Employability module as part of her course. She said: “The module enabled me to reflect upon my personal, ethical and environmental values and how I could link these to a future career. Upon reflection, I realised that in order to pursue a fulfilling career, I would be happiest in a position that would allow me to advocate proactive sustainability strategies within a wide range of business sectors. As a result, I now work with SMEs to embed a culture of sustainability within their core business objectives.”

This year’s entrants to the Green Gown Awards were also asked to show how their sustainability projects incorporated the global Sustainable Development Goals for the first time. These goals were established by the United Nations and are a set of 17 aims adopted by countries to end poverty, protect the planet,and ensure prosperity for all as part of a new sustainable development agenda. Each goal has specific targets to be achieved over the next 15 years.

Nottingham Trent last month signed up to the Sustainable Development Goals Accord which is the university and college sector’s collective response to the United Nation’s goals. As well as inspiring and celebrating the university’s role in embedding the goals in all aspects of its work, it is also a commitment to share what NTU learns with other institutions annually, and to report on progress made.

As well as winning two Green Gown awards, Nottingham Trent has also been placed third out of 154 Universities in the People and Planet University League 2017. The league measuresenvironmental and ethical performance at UK universities by looking at a range of categories such as Waste and Recycling, Education for Sustainable Development and Human Resources for Sustainability.

The University’s ranking puts them as one of the only 30 universities in the country to achieve First Class in the league table and the accolade reinforces its track record of being in the top 7 for the last 9 years, testament to being one of the greenest University’s in the UK.