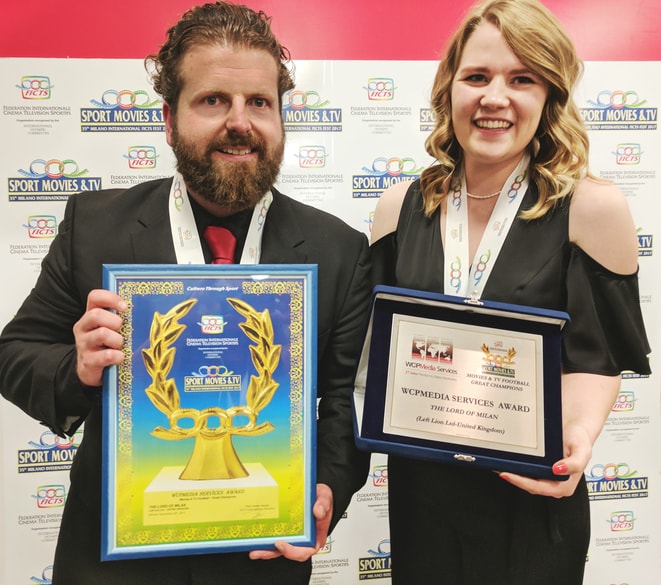 Jared and Georgianna accepting the awards. Image courtesy of LeftLion

The Lord of Milan, a film co-directed by BA (Hons) Broadcast Journalism alumnae Georgianna Scurfield, has won two awards at an International film festival in Milan. Georgianna is now working at Nottingham’s LeftLion and made the film alongside her colleague Jared Wilson.

The 35th Federation International Cinema Television Sportifs (FICTS) festival in Milan, Italy took place this November at Palazzo Giureconsulti. Guests included Juventus FC Director and ex-Footballer Pavel Nedved and AC Milan Managing Director Marco Fassone, as well as dozens of Olympic athletes and sports people from around the world. It is recognised by the International Olympic Committee (IOC) for which it promotes a values of sport through film and television.

The film won two awards, the Mention D’Honneur and the WPC Media Services Award. It centres on the life of Nottingham-born Herbert Kilpin, who started his career working at a Victorian lace warehouse and went on to become the founder of one of the most famous football clubs in the world, AC Milan FC. It is inspired by a book of the same name, written by Nottingham-based author Robert Nieri. 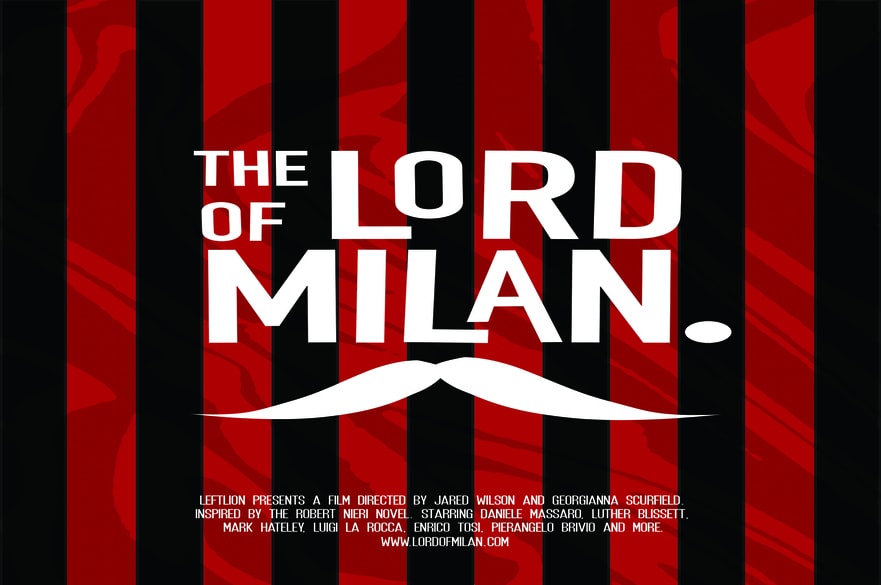 The Lord of Milan official poster

There has been only one previous screening of the film in Nottingham, at the Broadway Cinema in October. It has now been shared with many more at the festival, translated with subtitles into Italian for the audience. Jared and Georgianna were incredibly proud to have the president of FICTS and former AC Milan footballer Daniele Massaro presenting their award. Jared Wilson told us: “The festival screening was completely packed out with hundreds in attendance. Having the president of the festival and a man who scored twice for AC Milan in the 1994 Champions League Final introducing it was a huge honour.”

She has continued her success with this project, feeling inspired by Herbert Kilpin’s story. "Herbert came from very humble beginnings and went on to shape Italian football and culture,” said Georgianna. “Our film gives so much context of his background and life here in Nottingham that it really puts our city on the map, and that is really exciting.”