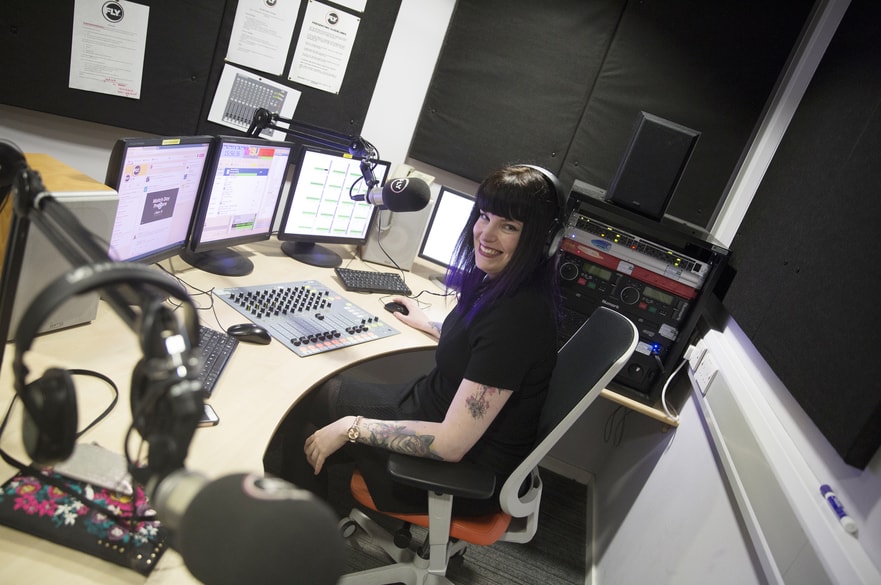 Students on the BA (Hons) Broadcast Journalism course and members of NTSU radio station Fly FM took to the O2 Arena for an evening of celebration at the Student Radio Awards this November. The awards, run by the Student Radio Association and supported by BBC Radio 1 and Global, aim to celebrate the diversity of talent in student radio and help launch the next generation of talent into the industry.

Jen Thomas, winner of two awards in 2016 including Best Female, scooped three awards this year: Gold for Best Specialist Music Programming, Silver for Student Radio Chart Show and Bronze for Best Interview. She has now won five Student Radio Awards in the space of two years, as well as currently presenting weekly on Heart Yorkshire and writing for Buzzfeed, Metro and Nottingham Post on a freelance basis. 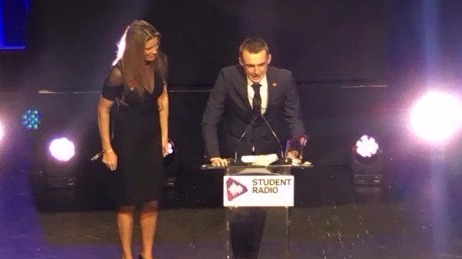 As a huge music fan, winning Best Specialist Music Programming was particularly special for Jen. She told us: "I'm so happy and grateful to have won these awards, there are so many talented people that enter. It meant even more than the Best Specialist Music award was judged and presented by a radio hero of mine, Steve Lamacq from BBC Radio 6 Music so it was an emotional night!”

Third year student Matt Lynch, who is Deputy Station Manager at Fly FM, also won Best Male at the awards. He was blown away by the accolade, telling us: “I’m still in shock that I’ve won, it doesn’t quite feel real. I’m just so thankful to the rest of Fly FM for being such amazing people in supporting everyone else at the awards.”

Fly FM is the official radio station of Nottingham Trent Students’ Union, broadcasting a range of news, sport, chart music and more across all three NTU campuses. Find out more at: https://www.trentstudents.org/groups/fly-fm