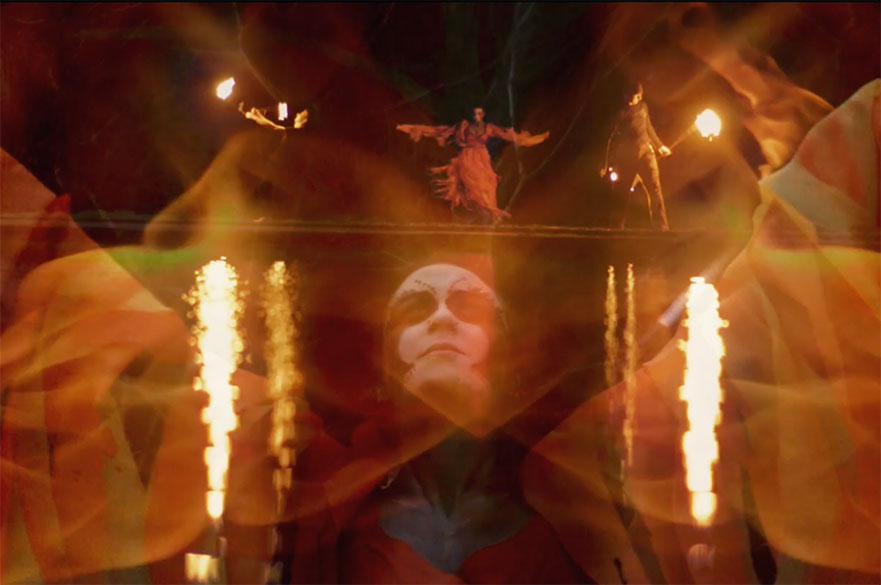 Visuals from The Mountain Collector

A student on the BA (Hons) Costume Design and Making course at Nottingham Trent University has been involved in making a music video which was nominated for an international award this autumn. Matilda Jacobs-Teekens, who is currently in her first year on the course, designed and made costumes for music video The Mountain Collector, which was shortlisted for Best Music Video at the 2017 London Eye International Film Festival Awards.

The video forms part of The Human Project, an audio-visual album by STANLAEY, a Southampton based band made up of nine musicians. Led by Bethany Stenning, the group create folk-pop soundscapes evocative of Kate Bush, Bjork and Sigur Ros. The Human Project, which sees the human body transform itself into a real life canvas, has been screened around Europe, and is set to tour in early 2018.

Matilda explained her involvement: “I designed and made all the headdresses, designed and painted some of the make-up and assisted on site with the shooting of the video.” When asked how it felt to be nominated for the London Eye International Film Festival award, she was humbled: “I felt excited and proud of the team. The project took months of hard work, planning, designing and creating, so to be nominated for an international award was just the cherry on the top.” 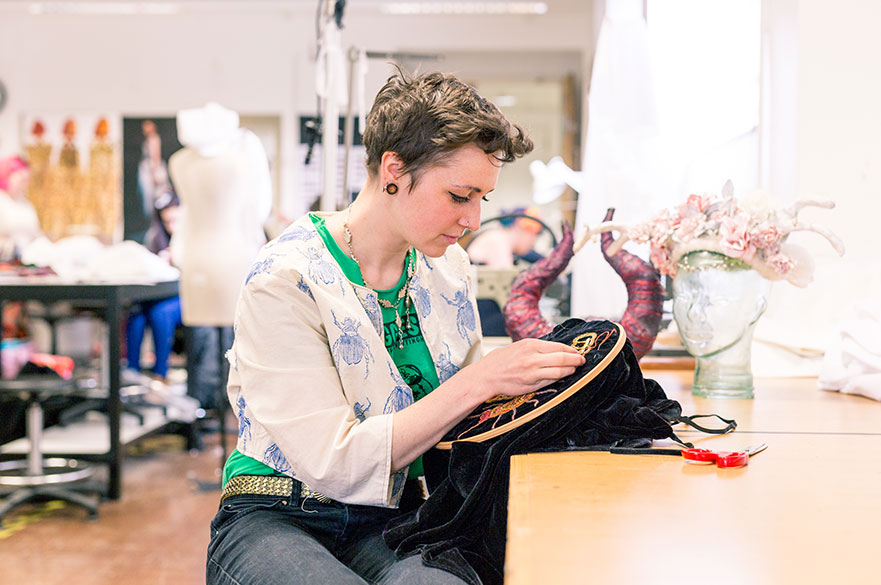 Matilda in the Waverley Studios

On her experience of the Costume Design and Making course so far, Matilda was full of positivity: “The tutors and technicians are enthusiastic and have an incredible knowledge of costume making methods, dress history and industry experience. I ask about a billion questions a day!”

She continued: “I was attracted to the course as it has 100% student satisfaction and the facilities are amazing. The broad range of workshops, lectures and projects we undertake all link together. The whole course is designed to push us to experiment, improve and grow.”

She also spoke highly of Nottingham as a creative city: “The city is full of character and community (and students!) From gardening, to charity punk gigs, to co-operatively owned laser cutting workshops, street food markets and a wealth of independent cafes, shops and venues; there really is something for everyone.”