Heartache for NTU as they lose deep into overtime

After a two-week break, NTU were back at The Bay to take on The University of Bath in the 6th round of the BUCS Super Rugby. Both sides were heading into the game having lost all their previous fixtures, which set the game up to be a gripping contest as neither wanted to suffer defeat. 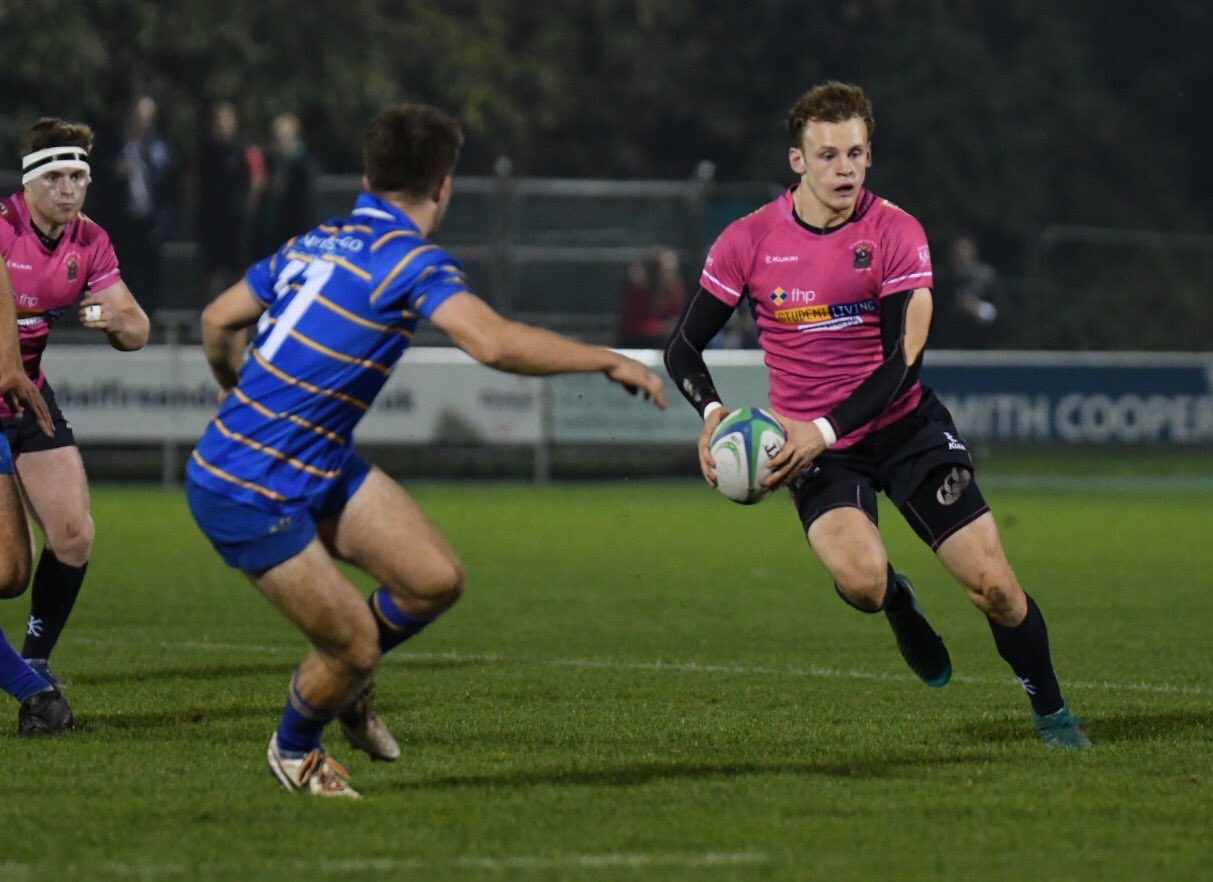 NTU would have been eager to put the firsts points on the board, however Bath had other ideas. A drop of the shoulder from the Bath 13 penetrated the back-line as the NTU defence was split. An easy offload to the 2 and Bath were in for their first try. A simple kick for the 10 put the score at NTU 0 – 7 Bath, which was not the start NTU were looking for. Despite this, for probably the first time this season, NTU looked like they had spark back in the team. They couldn’t quite find the holes though, and a short five-minute spell from Bath lead to a penalty in front of the posts that put the score at NTU 0 – 10 Bath.

Twenty-five minutes had gone in what had been a tight game. NTU needed to start finding some points from somewhere and it needed to happen soon. An interception from David Williams on the half-way line finally gave NTU the break they had been looking for. Will Sutton nudged the ball over the posts and we now had a game on our hands: NTU 7 – 10 Bath. NTU would have hoped to have kept Bath at bay for a little longer than they did. Just a few minutes later and Bath were back in a dangerous position with a line-out 5m out. A driving maul was set-up which saw the forwards go over for Bath’s second try. The kick was missed but Bath were back in the driving seat: NTU 7 – 15 Bath. Straight from the kick, NTU regained possession from a ridiculous leap and offload from David Williams. Quick ball out the ruck left the Bath defence shapeless, which allowed Rob Waldron to blast through only to be tackled in front of the posts. A silly penalty given away by Bath provided a big opportunity for NTU with a scrum 5m out. With only a few minutes left in the half, there was still a chance for NTU to galvanise something and go into the dressing room with their heads up.  The ball was spread wide right to allow for David Williams to go over the line for his second try. Will Sutton then sunk a difficult kick over the posts to make the score NTU 12 – 15 Bath going into half time.

A really close first half that provided plenty of opportunities for both sides to play some nice flowing rugby. Compared to other games this season, NTU definitely showed what they are capable of against an equally matched Bath side.

Going into the second half, both NTU and Bath would have known that the first try could be crucial. For the first ten minutes of the half both teams enjoyed waves of possession but showed no real threat in the 22. Then a penalty for NTU allowed a kick to the corner that would lead to the first try of the second half. Once again, David Williams was causing problems for the Bath defence out on the wing as he found space and then later finished in the corner. Will Sutton then knocked over another difficult kick to make the score NTU 19 – 15 Bath. A silly penalty given away by NTU allowed Bath to kick for touch in the corner in reply. Just like their second try, a big push in the maul off the line-out allowed for an easy try after the 2 peeled off the back. The kick was missed to make the score NTU 19 – 20 Bath and with 15 minutes to go the game was up for the taking. Despite a gruelling match, the NTU players continued to show grit as they were desperate for the win. Good work from the forwards edged NTU closer to the line. This eventually lead to an overlap on the wing for Rob Waldron to score. Will Sutton converted again and put the score at NTU 26 – 20 Bath with five minutes left. Unfortunately for NTU, Bath weren’t quite done yet with this tie. NTU just couldn’t get out of their 22 and despite regaining possession a number of times, Bath continued to pile on the pressure and force mistakes. For a moment, it looked like NTU would withstand the late onslaught. However, tired legs and brute strength from the Bath boys created an overlap on the left after a countless number of pick and goes that lead to the final blow. All the 10 had to do was put a simple kick between the sticks and he did just that. The game ended NTU 26 – 27 Bath which would have left the NTU players in pieces after putting in arguably their best performance all season.

There are certainly positives for NTU to take out of this game. They looked a different side compared with previous games as the tempo of their play was raised to what it needs to be. Although it will not feel like much consolation, NTU will come away with their first points of the season as they join Hartpury on two points. Obviously the boys will be gutted with the result but they now need to pick themselves up for a big game on Wednesday against Hartpury.

Heartache for NTU as they lose deep into overtime