Tom Roberts, BA (Hons) Media and MA Visual Communications alumnus, lived and worked on board a 44ft yacht for 5 months as part of the project. 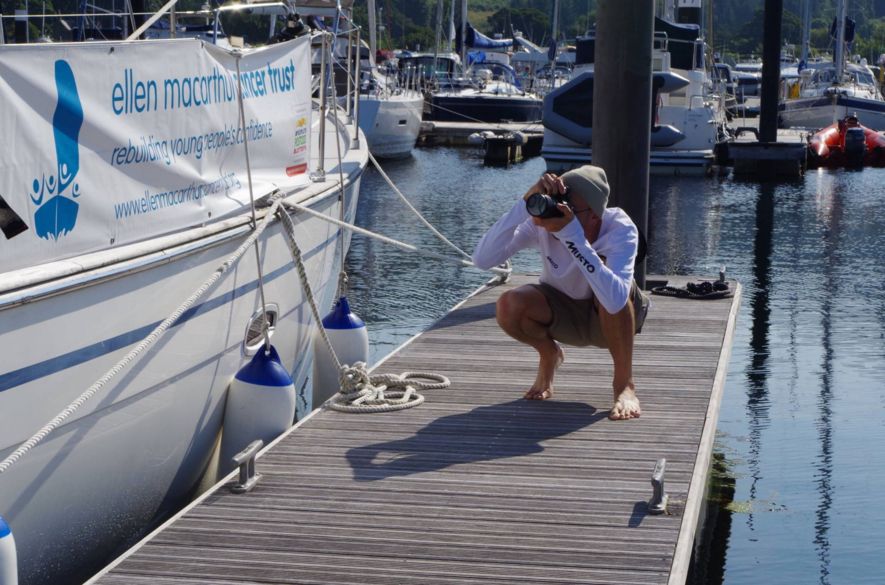 An alumnus from the BA (Hons) Media and MA Visual Communications courses launched his media career working with a cancer charity to raise money through a national sailing challenge. The Ellen MacArthur Cancer Trust is a national charity which takes young people recovering from cancer on sailing trips to help rebuild confidence and independence. This year, the charity ran their Round Britain 2017 project, which saw Tom supporting 100 young people taking part in the national relay challenge, sailing to 60 coastal towns and cities around the UK.

Tom was diagnosed with Ewings Sarcoma, a form of bone cancer, on his 16th birthday and after roughly a year and a half of treatment, he went on a sailing trip with the charity once he was in remission. Since then, he has continued to volunteer and complete sailing training, all while completing his studies at Nottingham Trent University. His studies in both Media and Visual Communications prepared him for a varied and creative career spanning across filmmaking, photography, design, marketing and business development. 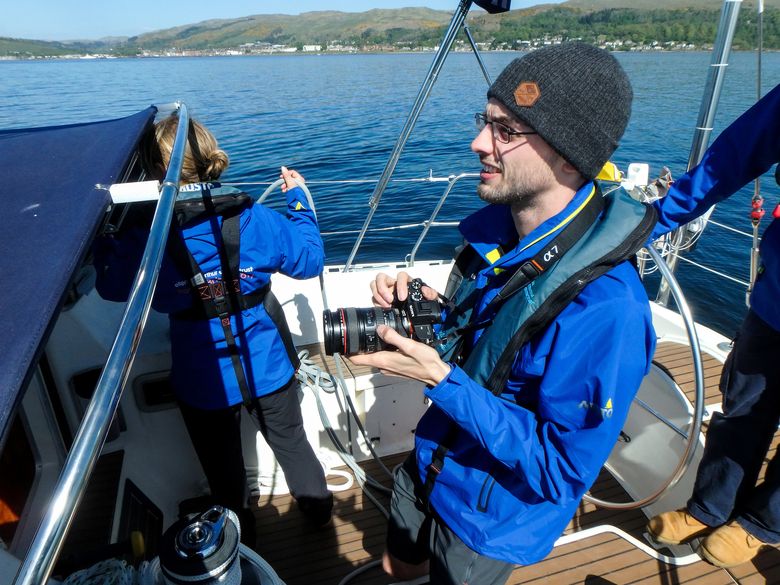 In the run up to the Round Britain 2017 project, Tom developed and managed the communications and then worked as an on board reporter during the trip. This involved jobs ranging from cooking and cleaning to sailing the yacht itself! Tom captured and edited 360 digital content for the charity and worked with sponsors and partners to ensure their needs were being met. He was also able to advance his skills by achieving his Civil Aviation drone pilot’s license, making it an even more rewarding experience.

This was an important job role for Tom on a personal level as a cancer survivor and service user of the charity, and it has also allowed him to advance in his chosen industry. He is now based in Alicante as a Social Media Assistant for the Volvo Ocean Race, the world’s toughest sailing event. He will be creating daily stories from content which is captured on board the boats, combining his passion for sailing with the skills gained during his degrees.

Tom praised NTU for preparing him for a career in the media industry: “My time at NTU was incredibly useful in order to prepare me for such a varied field and career. The tutors and course structure allowed me to explore concepts and disciplines I was passionate about but also be aware of the demands of briefs and commercial environments. The option to take on real-world clients and projects during my degree made the step after university less intimidating and set me up very well for my current role.”

For more information about Postgraduate courses in the School of Art and Design, please visit our website: https://www4.ntu.ac.uk/art/courses/postgraduate/index.html