Staff and students have gathered to witness the signing of an agreement between NTU and the Nottingham Post. 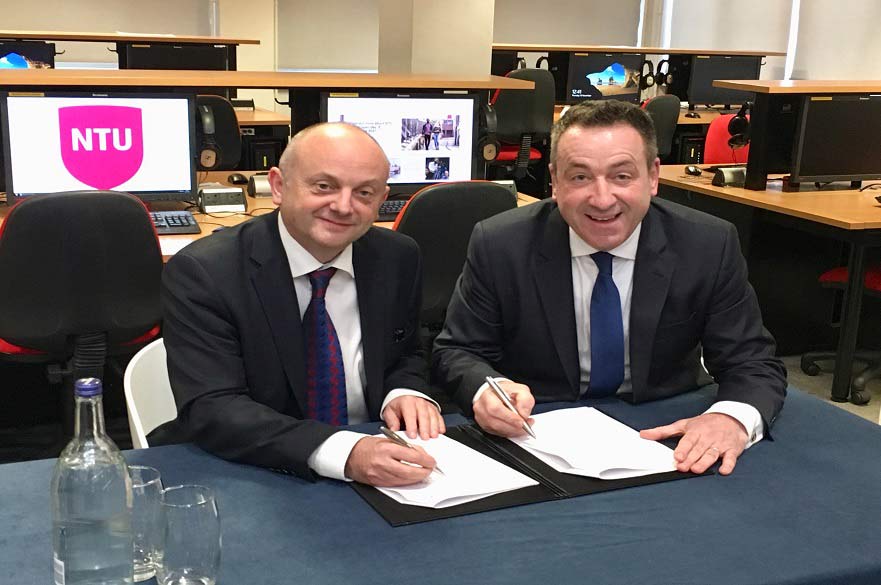 Vice-Chancellor Professor Edward Peck met Mike Sassi, editor of the Post at the University’s Centre for Broadcasting and Journalism on Thursday 16 November to formalise the long-standing and successful relationship.

Journalists covering the event for the Post were all graduates from NTU and current journalism students had the chance to interview the Vice-Chancellor about the new agreement.

It will continue to give students the opportunity to learn journalism skills on the job.

Carole Fleming, Director of the Centre for Broadcasting and Journalism, said: “This signing shows the fantastic relationship between the university and the Nottingham Post.

“Our students are able to gain invaluable first-hand experience working in industry and it gives the Post an opportunity to spot the best talent which is great for the paper but also the city as skilled graduates are retained.”