A cold night at Lady Bay played host to the 9th round fixture in the BUCS Super Rugby between NTU and Durham. A red card in just the 23rd minute for NTU arguably changed the face of the game, and left them facing an uphill battle that they could not overcome. 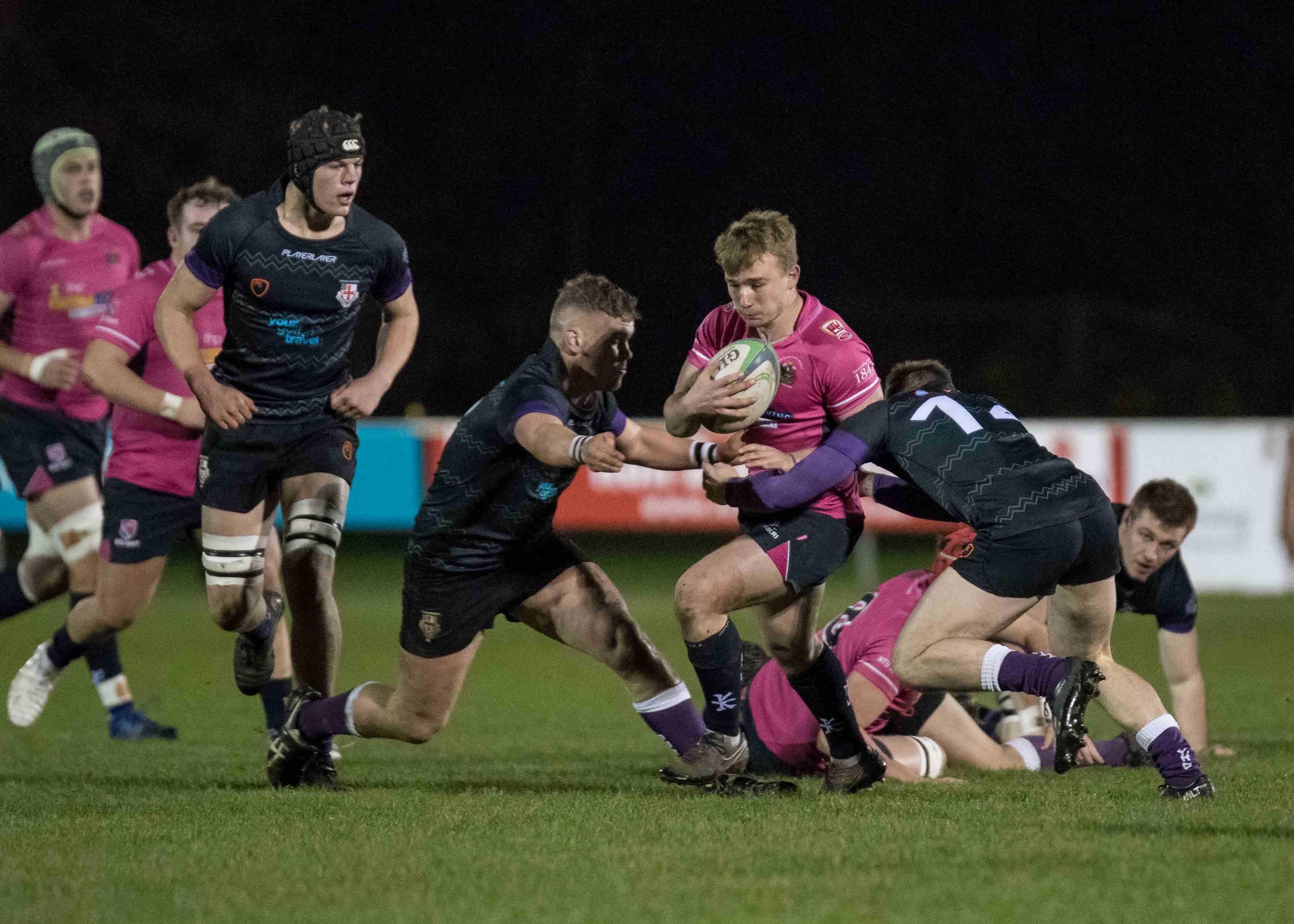 For the first 10 minutes the game was evenly poised with little chances to spare for either side. NTU then gave away two penalties off the scrum and maul right in front of the sticks in the 11th and 17th minute that the 10 sent straight over: NTU 0 – 6. Durham were dominant with their driving pack, and they were using this to their advantage all over the pitch to gain yards. In the 23rd minute things took a turn for the worse for NTU. A scrap broke off from the maul between Mike Ozdili and a Durham forward which resulted with them on the ground grappling. The touch judge then had a word with the ref and Ozdili was shown a straight red for two alleged punches. After reviewing the footage, it is inconclusive as to whether Ozdili threw any punches as it looks like it was just an evenly matched wrestle. Maybe the touch judge saw something the video doesn’t show but hopefully under review the card will be rescinded.

Despite the card, NTU held their own momentarily for 10 minutes until Durham finally found a hole in the defence that was put down in the corner in the 33rd minute: NTU 0 – 11 Durham. Even though NTU spent the last 15 of the half a man down, it certainly didn’t show. They displayed a valiant effort to keep Durham out and managed to put some nice phases together to show they were still in this game.

Inevitably, tired legs were always going to kick in in the second half and things weren’t made any easier when Jamie Jack was shown yellow. A number of consecutive penalties conceded at the scrum gave the ref no choice but to send Jack to the bin. Thirteen men on the pitch provided a big opportunity for Durham to add more points and they did just that. NTU had struggled to contain Durham at the maul all game, and when they set one up just 10m out there was no way the ball wasn’t going over. The kick was good and Durham were beginning to take the game away from NTU: NTU 0 – 18 Durham. They were back again 5 minutes later on the 62nd mark, this time finding space on the wing for their 3rd try: NTU 0 – 23 Durham.

For the next 15 minutes NTU certainly put in a shift to stop more Durham points. NTU still played like a side not defeated as they continued to show threat, but couldn’t quite break the Durham defence inside their 22. As the clock ticked, the game became out of reach from any miraculous comeback. They did however gain some consolation through Harry Graham’s smart thinking in the 77th minute. A quick tap and go just 10m out saw him slip past the Durham defence and go over under the posts. The kick was good and made the score NTU 7 – 23 Durham. With just a few minutes left there was no further points to be added and the game ended NTU 7 – 23 Durham.

Unfortunately, the sending off would have played massive hindrance on NTU’s chance of winning the game. They did however put in a really good performance under the circumstances that they cannot be ashamed of. If Ozdili didn’t go off then maybe the final result would have been different but we will never know. NTU will have to prove themselves when they face Durham away later on in the season to revenge the loss.

After half of the season gone and every side faced, NTU are still yet to pick up a win. This does not mean one will not come as they have shown promise against a number of teams, but it is clear that no win will come easy. The side face Exeter away on Wednesday who currently top the league with just one loss. In a season that has sprung many shocks to its followers, the boys have every chance of winning the game if they play like they did in their 1st fixture against Exeter. Hopefully the 2nd half of the season will shine new light on the team and give them a bit of luck to get the ground running.