Still yet to pick up a win, NTU awaited the reigning champions Hartpury to The Bay, who were also yet to taste victory this season. The first half proved to be a close contest as both sides looked evenly matched. However in the second half, as the NTU legs started to tire, Hartpury kicked into gear and ran away with the game. 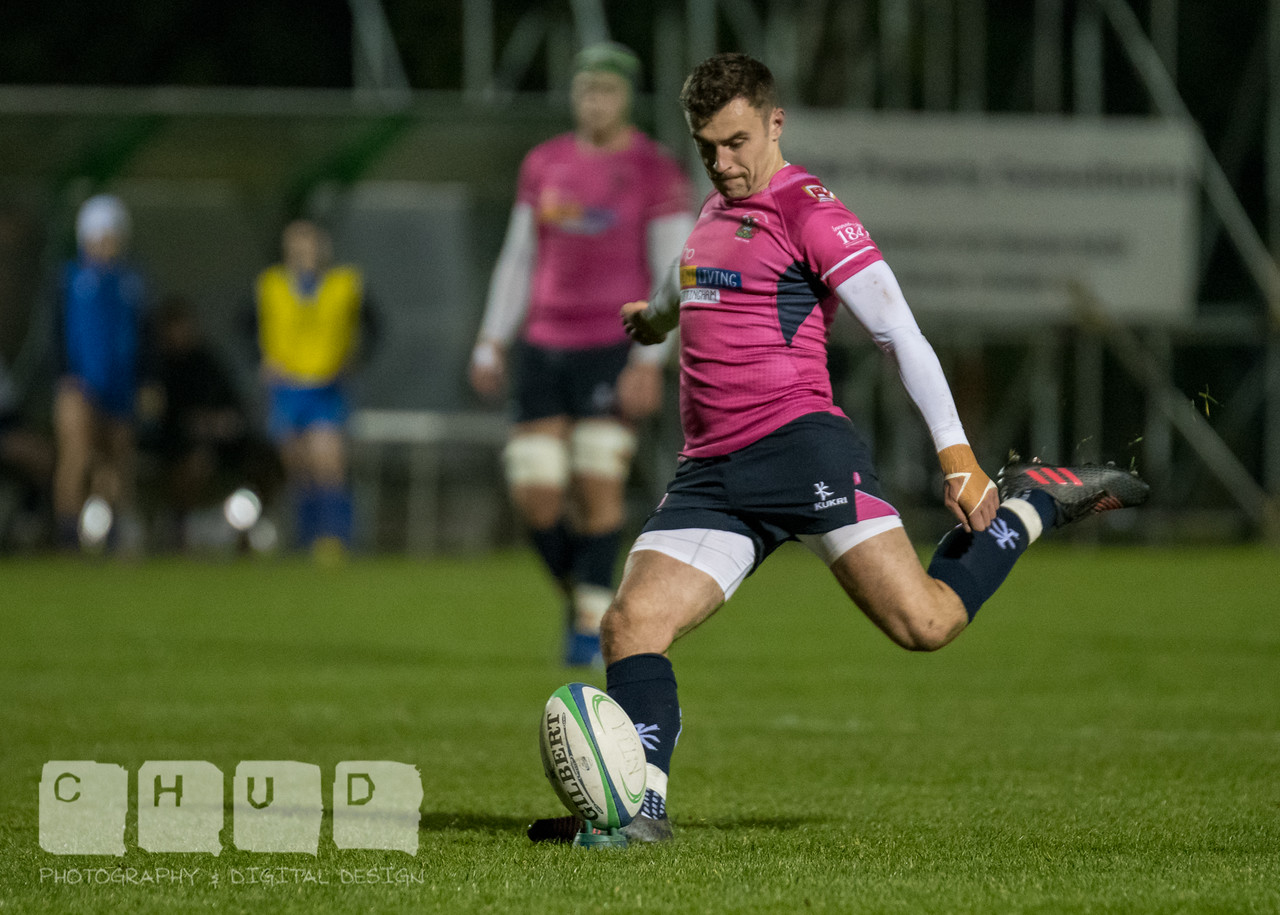 The first ten minutes saw exchanges of possession as both sides found their feet in the game. A half break from Will Sutton set up Max Craven for the first score of the game and the start NTU would have been looking for: NTU 5 – 0 Hartpury. Unfortunately, the lead didn’t last long for NTU after a nice interchange from the Hartpury 9 and 14: NTU 5 – 7. Hartpury then extended their lead straight from the kick after the 11 caught the ball and dashed down the line. Two tries in quick session would have left the boys really disappointed after making a positive start to the game: NTU 5 – 12 Hartpury.

NTU were awarded a penalty just inside that Hartpury half that allowed Will Sutton to kick to the corner. A few phases off the line-out and the game was all square with Cecil McCarthy driving over the line: NTU 12 – 12 Hartpury. Just over ten minutes left in the half provided opportunity for either team to take the upper hand going in at half-time. Despite the valiant effort from the NTU defence, they couldn’t quite keep out the Hartpury pack who made the score NTU 12 – 17 Hartpury, just short of half-time.

NTU would have been relatively pleased with their performance in the first half. Similar to the game against Bath, the boys looked more confident and adjusted to the pace of the league that they lacked in the opening games. More importantly, they were still within touching distance of Hartpury and had every chance to win the game.

The second half told a different story to the first to NTU’s despair. The Hartpury wingers took the game away from NTU as they put three tries away between them in the first ten minutes: NTU 12 – 40 Hartpury. NTU had completely lost their shape as heads had dropped and Hartpury were successfully utilising their wheels out wide to find holes. With just under thirty minutes to go it was now about pride for NTU and an opportunity to mix up the team. They still couldn’t quite find the spring they had in the first half though as the backline lacked any depth.

A quick turnover for Hartpury gave them a chance to spread the ball wide once again that left the NTU defence scrambled. No surprise to see the Hartpury 14 take the ball and finish in the corner with little challenge for his hat-trick: NTU 12 – 45 Hartpury. Ten minutes to go and Hartpury weren’t quite finished yet. One last try off the line-out provided the final kick in the teeth to NTU. The final score finished NTU 12 – 52 Hartpury.

A poor performance from NTU lead them to suffer their heaviest defeat of the season. The boys will be disappointed after playing well against Bath and will look to make amends in the game on Wednesday against Loughborough.