OPINION: Social Mobility - are universities letting our country down? 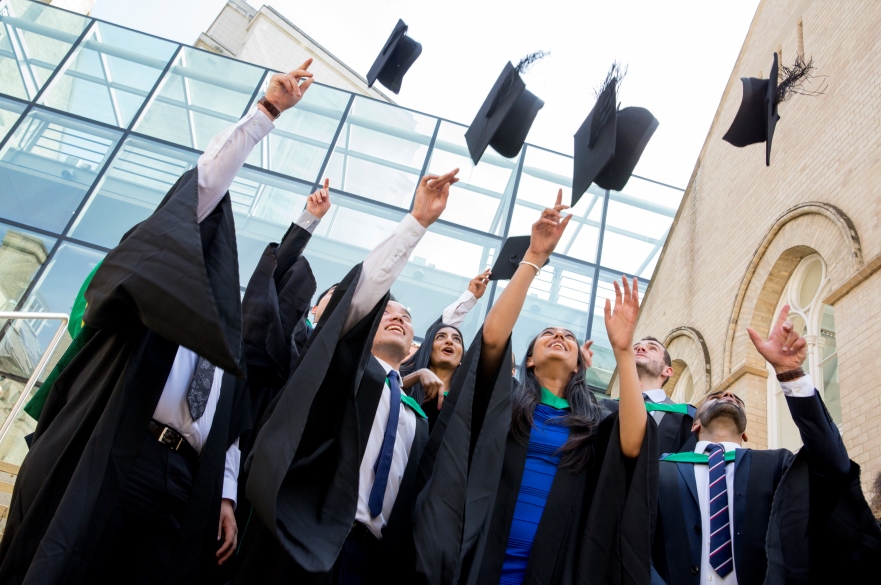 "Universities have been viewed as engines for social mobility for over 50 years. We have the undoubted potential to deliver, but the track record of many institutions is underwhelming. More concerted action is required, writes Professor Edward Peck.

The concept of widening participation in higher education began with the Robbins report in 1963 which stated that: “higher education should be available for all those qualified by ability and attainment to pursue them and who wish to do so.”  Robbins recognised that: “the ability is there if we are willing to use it … and will come forward if we are willing to help it”.  Initially, the nature of this help was expansion and that is what the sector did. The number of students in full-time higher education in 1963 was 216,000.  By 1991 it had increased to 747,000. It took only ten years for the sector to expand by another 500,000, mostly as a consequence of re-designating polytechnics as universities.   Today there are around 160 higher education providers with 1.75m undergraduate students.

Of course, an approach based on expansion meant that for the most part the self-styled ‘elite’ universities could largely carry on recruiting in their traditional way. The major concern raised in response to Robbins was how to pay for the increased numbers.  Although the Treasury for the most part found the money, leading in the late 1990s to £1,000 of the cost of tuition being passed onto students.

Importantly, even this original tuition fee came with a participation target and government encouragement for institutions to engage in measures additional to simple expansion.

When fees rose again to £3000 in 2004, the Office for Fair Access (OFFA) was established to ensure the sector’s commitment to the cause, and the Aimhigher initiative drove forward outreach activities to widen participation. Over the next few years, millions were spent on schemes aimed at widening participation albeit not based on any firm evidence of what worked.

Responsibility for widening participation has since fallen firmly on universities. They were allowed to charge £9,000 in fees to UK undergraduates but they were also obliged to spend, on average, almost 25% of fee income over £6000 on encouraging participation. This now amounts to over £860m per year.

Parts of the sector have taken the money but have not delivered fully on their side of the deal. Millions have been spent but insufficient progress has been made.

Since 2012 there has been a gradual realisation that it is not just entry to university that we should be concerned with. Rather, it is success during and after study that really matters. Widening participation has become focused on the whole student lifecycle.

Is this the return we wanted from the sector after fifty years of effort and expense? I think not, but perhaps we shouldn’t be surprised that this is what we have got. Parts of the sector have taken the money but have not delivered fully on their side of the deal. Millions have been spent but insufficient progress has been made, and now the entire higher education system is under greater scrutiny than it has been for a long time.

However, some universities do make a difference to this agenda. At NTU, 25% of our UK undergraduate student population came in 2015 from households with a combined income of £15k or less. 75% of our undergraduates are in a graduate entry job or training six months after leaving us and this figure rises to 90% - regardless of social origins - when students undertake a year work placement.

Increasingly, the performance of newer higher education institutions – perhaps what we should call the ‘challenger’ universities – is calling into question notions of ‘elite’ and ‘top’. Many of us who originally drove increases in quantity in the sector are now driving enhancements in quality.

More concerted action is required if the majority of universities are going to become the engines for social mobility that society requires for economic prosperity and social cohesion.  The arrival of a new regulator - the Office for Students - presents an opportunity for a more effective approach. In my view, it should acquire powers to agree and enforce Access Agreement targets informed by good practice that encompass the entire student life-cycle.

Since 1963 the sector has significantly aided social mobility, but some institutions that were not engaged in the first place have struggled to pick up the baton since, despite committing large amounts of cash and increasing evidence of what works. The new regulation regime offers the prospect of more effective oversight. At the same time, the language of ‘elite’ and ‘top’ looks ever more anachronistic as the reality of the student experience across the sector becomes clearer."

OPINION: Social Mobility - are universities letting our country down?