A postgraduate who risked his life to help save hundreds of people after heavy flooding hit India has been named as Nottingham Trent University’s Alumnus of the Year for 2017. 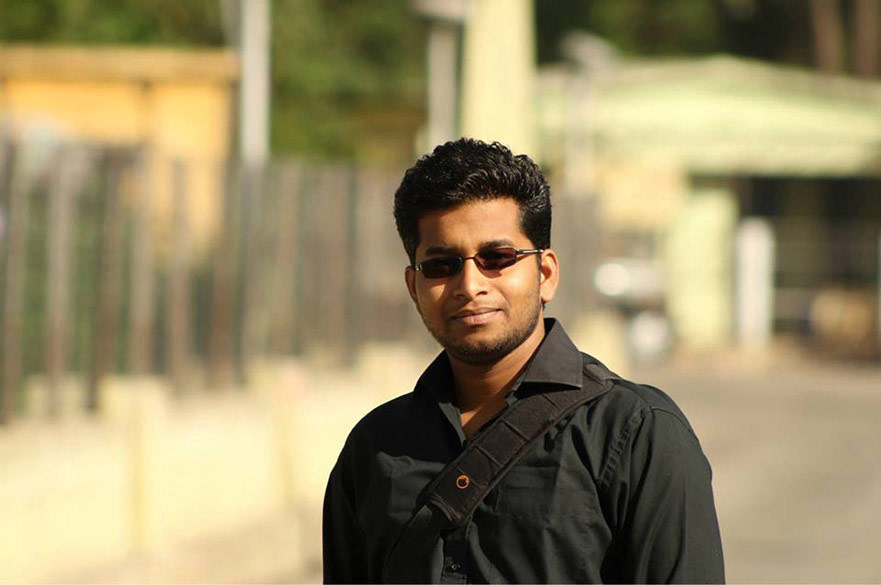 Umamaheshwaran Panneerselvam - who graduated from the University’s School of Science and Technology in 2010 - helped to save more than 500 lives across the city of Chennai and provided food and shelter to more than 3,000 people.

Chennai was submerged in high levels of water during the floods of 2015 and official help from the state government and the army was delayed for weeks.

Umamaheshwaran and his friends decided to take action and set up a ‘help hub’ in his home.

Using social media they organised a rescue team consisting of swimmers and fishermen.

The rescue team collected food and water from all over India and they swam across the water-clogged rivers to distribute it.

They moved disabled children, the elderly and hospital patients and liaised with other cities to find medical supplies.

With the help of local community leaders and businessmen, Umamaheshwaran arranged shelters for all over Tamil Nadu and relocated those affected by the floods.

Umamaheshwaran - who graduated with an MRes in Applied Biosciences- will receive his award during a University graduation ceremony on 8 December.

Since leaving university, Umamaheshwaran has made himself a career in the mainstream media and now works for News7 Tamil. He has also worked as a political analyst and social media strategist for various political parties in India.

Umamaheshwaran said: “To receive a prestigious award from the university which has made me who I am today, will push me to do more service. I feel this award will inspire people back home to help others.

“It has been more than seven years since I left the University and it will be the first time I have visited since graduating. It will be a wonderful feeling to return to the place where I have gained a lot of knowledge and experience.

“I owe everything to NTU. The University broadened my horizons and more than education, I took with me a paradigm shift from an introvert into an open and outspoken social worker.”

“We are immensely proud of Umamaheshwaran for his courage and his resourcefulness in helping his fellow citizens during this terrible situation. His was the outstanding nomination this year, but he also represents the character and commitment that is demonstrated by all our alumni around the world.”

Nominations for the Alumnus of the Year award are invited from students, staff, and graduates as well as employers, employees, colleagues, families and friends of alumni.

Umamaheshwaran was nominated by Dr Shiva Sivasubramaniam, a principal lecturer in pharmacology, in the university’s School of Science and Technology.

Dr Sivasubramaniam said: “Uma, as we know him, is a hardworking, dedicated student who is keen to learn and be involved in innovative research – a quality much valued by his tutors.

“His sense of humour even lifted the sprits of my PhD students. He was always lively in the lab and ready to offer his help and support to his peers and tutors.”

Last year’s Alumnus of the Year was 2001 Fine Art graduate Jon Burgerman, a global leader in the ‘doodle’ art style.

The Nottingham Trent alumnus, who trained with the Nottinghamshire County Rowing Association, stroked the legendary GB Mens Eight at the 2000 Sydney Olympics to a Gold medal.

He will receive an honorary degree in recognition of his commitment to sport.