The extent to which disabling levels of fatigue can significantly affect the lives of people living with Sjӧgren’s Syndrome has been highlighted as part of a study led by Nottingham Trent University. 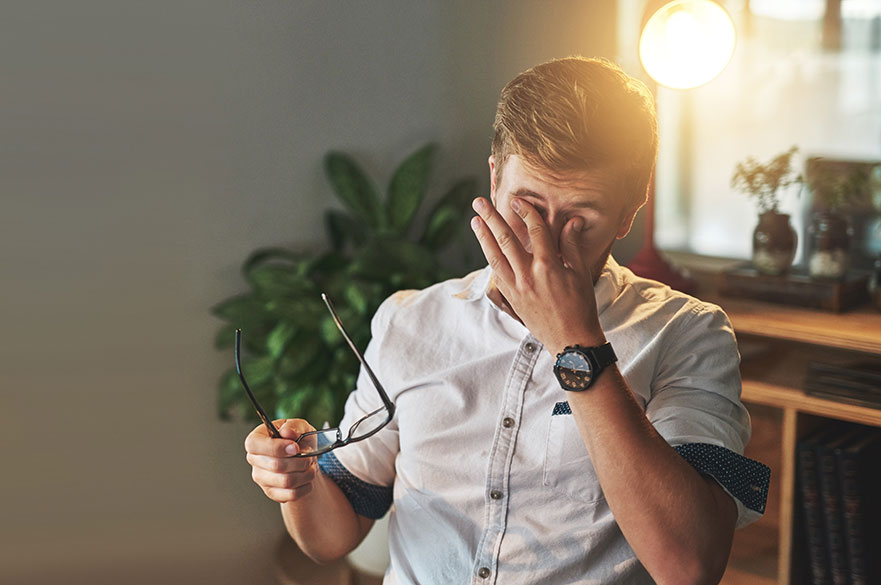 Coping with disabling levels of fatigue - alongside Sjӧgren’s Syndrome - can lead to feelings of depression, frustration, irritation and anxiety.

Sjӧgren’s Syndrome is a long-term condition where the immune system causes damage to healthy parts of the body which excrete fluid, such as the eyes or mouth.

The study found that coping with disabling levels of fatigue - alongside Sjӧgren’s Syndrome - can lead to feelings of depression, frustration, irritation and anxiety.

It also found that those affected may need psychological support to cope with the emotional impact of their illness.

Sjӧgren’s Syndrome affects 3-4% of people in the UK and is most common in women. It can occur on its own or it can occur alongside other conditions such as rheumatoid arthritis or lupus.

Symptoms of Sjӧgren’s Syndrome include dry and painful eyes, a dry mouth, muscle pain and tiredness. It has been reported that seven-time grand slam tennis champion Venus Williams has the syndrome.

According to previous research, approximately 70% of patients diagnosed with Sjӧgren’s Syndrome suffer from fatigue.

As part of the study, reported in the journal PLOS One, researchers interviewed a group of people who have the syndrome.

Some participants described their fatigue as “horrible” and as a “disabling” part of their illness, which often left them immobile for long periods of time and some saying they slept for days at a time.

One person said her tiredness and stress was sometimes so bad that she could be brought to tears – however due to having Sjӧgren’s Syndrome, she found it difficult to actually produce the tears to cry.

It was reported that fatigue aggravated participants’ eye symptoms which included feelings of pain, grittiness, dryness and itching.

As a result, this impacted on daily activities such as reading, using the computer and driving.

Some participants said the discomfort in their eyes was so severe it prevented them sleeping, which increased their fatigue.

Researcher Dr Rebecca Stack, a psychologist in Nottingham Trent University’s School of Social Sciences, said: “Our study shows that more research is needed to understand the link between Sjӧgren’s Syndrome and fatigue.

“We feel that more consideration should be given to developing interventions to relieve all types of fatigue for those with the syndrome. These interventions could include medication, psychotherapy and exercising. Psychological support might also be beneficial for patients who struggle to cope with uncontrolled fatigue and ocular symptoms.”