MA Documentary Journalism graduate Roseanna Escobar-Byrne, who graduated with us in 2017, has been captivating audiences with her short film about the life and work of artist David Tovey. After a career as an army chef and later running a pub kitchen, a series of health problems and depression led to the artist becoming homeless and suicidal. After a kind stranger reached out to help, David took a path to rebuilding his life with the help of individuals and homelessness organisations. He is now a socially conscious artist, focusing on the issues that have dominated his life: mental health, addiction and homelessness.

The film recounts the story of David’s journey, while following the creation of his catwalk show ‘Man on Bench’, which took place at the Tate Modern in April of 2017. Organisation The Museum of Homelessness programmed the exhibition, in order to give a voice to the homeless. The event involved models wearing clothing and materials which had been thrown away in London, symbolising the ability for people to overcome the experience of being excluded from society.

Roseanna discovered David and his incredible story from reading an article on the Big Issue website and noticed that he had both a photography exhibition coming up and the catwalk show at the Tate. She took the opportunity to contact David to see if she could film his exhibition, footage that eventually went into her successful film ‘Home is Where the Art is’. 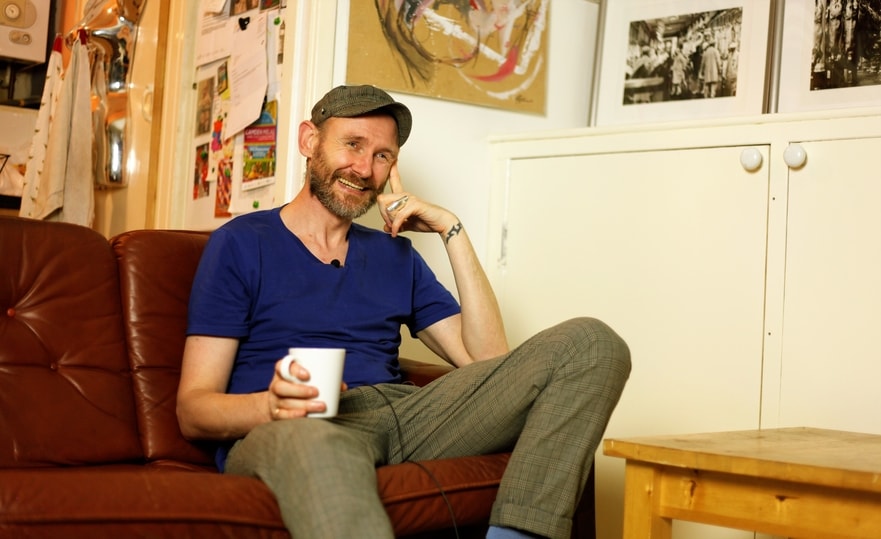 A still of David Tovey, from the documentary 'Home is Where the Art is'.
Image courtesy of Roseanna Escobar-Byrne

Since graduating in November of 2017, Roseanna has continued working on projects including a heritage piece for the Theatre Royal, as well as completing work experience on ITV’s Tonight show. You can watch the film ‘Home is Where the Art is’ here: https://youtu.be/eP_Ix3e_qXA