A cold Friday night down at Lady Bay played host to the midlands derby with a big crowd ready for action. Both sides were evenly matched, with the defensive lines holding strong throughout the game. Loughborough were the team to kick when it counted though, putting a penalty over with 10 minutes left to take a marginal victory. 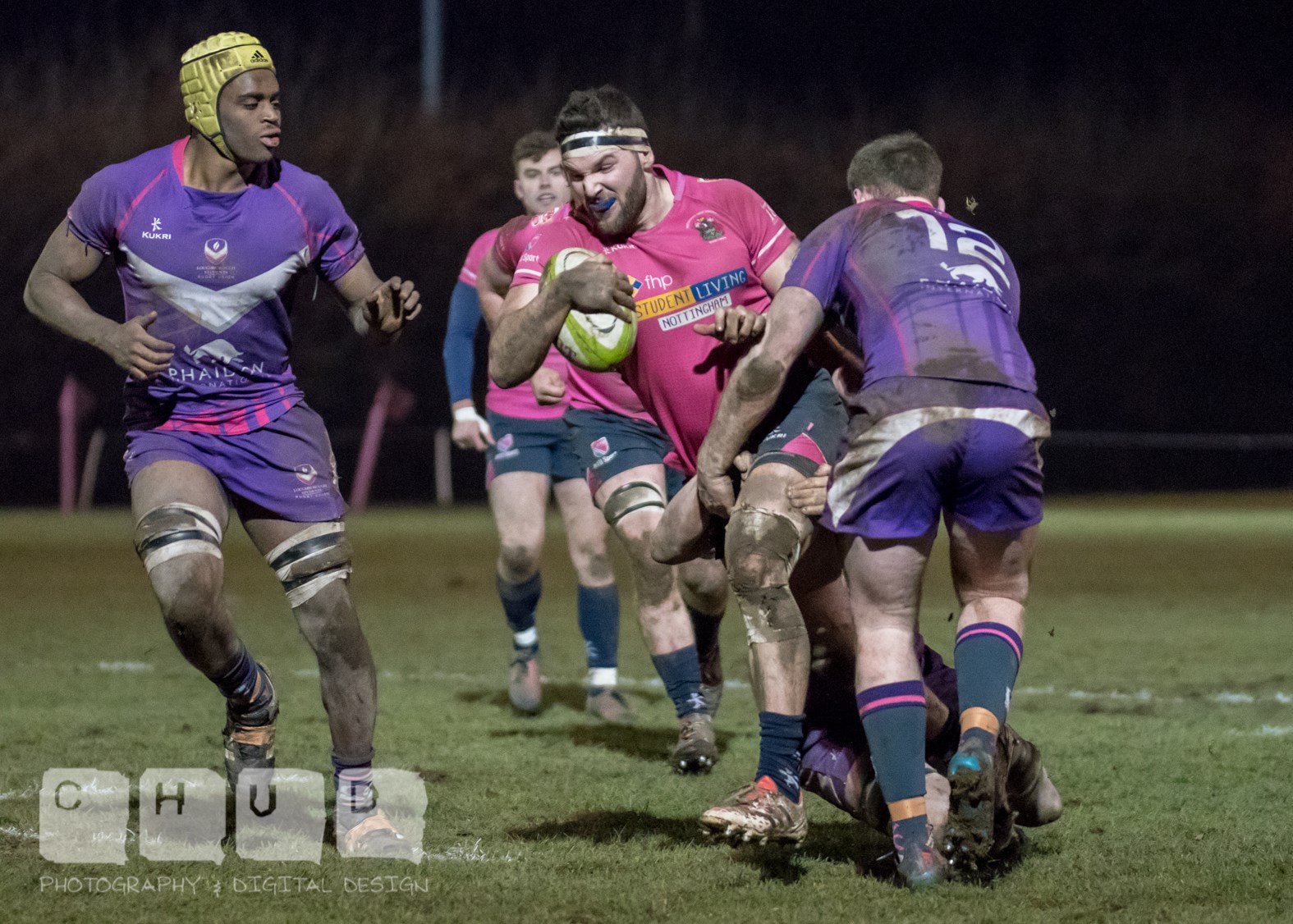 Technical problems with the floodlights before the game, appeared to have not gone away as the pitch saw darkness and fans were left dancing in the moonlight after 10 minutes. After a short delay, the game resumed with the score still at 0 – 0. Loughborough were the first to draw blood with 25 minutes gone, after some sustained pressure in the NTU 22. The men in pink did well to keep Loughborough out, but they eventually found an overlap out wide to go over in the corner. The kick was good and score NTU 0 – 7 Loughborough. The lead didn’t last long though to Loughborough’s despair. A big push off the line-out and a few phases later allowed MacCarthy to take the ball over the line. Sutton added the extras to put the score equal, and probably a fair representation of both team's performances. A few chances here and there in the last 10 for NTU, but the Loughborough defence held their own till the ref blow for half-time: NTU 7 – 7 Loughborough.

Unfortunately, the second half wasn’t the most exciting that’s been witnessed at Lady Bay. There seemed to be no dominant periods of possession, as sloppy play allowed the ball to swing both ways. This may have come down to the pitch conditions which were far from ideal. With 10 minutes to go and the score still level, the Loughborough 10 stepped up to what would prove to be the winning 3 points. A kick just inside the NTU half was sent straight down the middle to put the score at NTU 7 – 10 Loughborough. One last surge from NTU in the dying moments, nearly saw them snatch the victory, however it wasn’t to be. Loughborough regained possession and kicked the ball out to end the game NTU 7 – 10 Loughborough.

Another tough loss for NTU in their final league home game of the season. They travel up to Durham on Wednesday who sit one place above them in the league. Could this be the game that sees NTU get their first win this season? Only time will tell. There’s also still opportunity for them to prove themselves in the cup and hopefully throw a few upsets. Again, only time will tell.