Communication and Society students receive visit from former Government Press Officer who worked at No.10 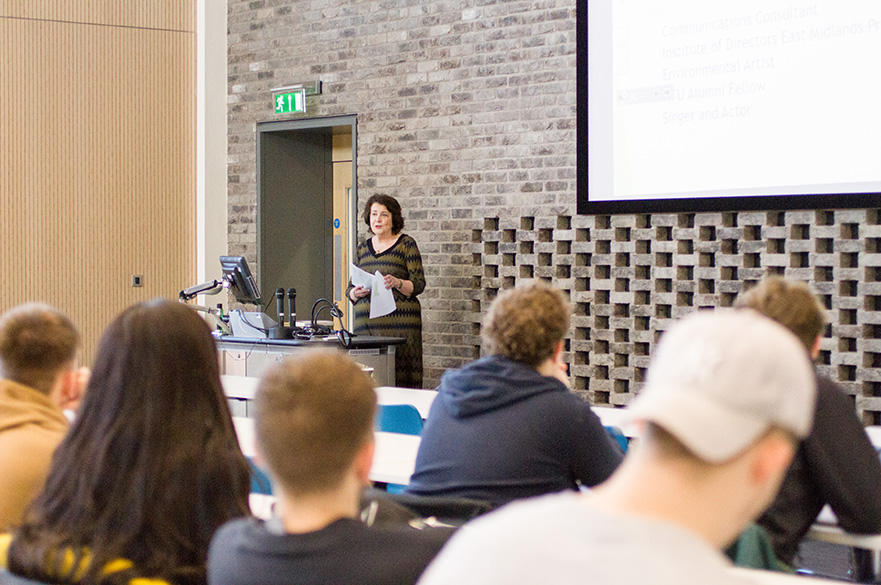 Final year students studying BA (Hons) Communication and Society in the School of Arts and Humanities were pleased to welcome guest speaker and Alumni Fellow Janet Wootton this February, who shared with them her career highlights and advice for working in the communications industry. After a varied career including working as a Journalist, Government Press Officer and Broadcasting Regulator, the students were keen to gain her insight and understand more about graduate careers.

Janet worked as a civil servant for eight years as part of the Government’s Information Service: the Central Office of Information in the East Midlands. She was offered the opportunity of a secondment at Number 10 during Margaret Thatcher’s tenure as Prime Minister.  As the first regional press officer to get this opportunity, this was a great honour for Janet. The students were especially interested to hear of the biggest highlights and challenges of working at No 10, as well as exploring how the  role might be different today due the evolving media landscape. This also led to an interesting discussion around ‘Fake News’ and how this concept has evolved over time.

Students interested in the broadcasting  industry were interested to hear of her work as a regional officer for Independent Broadcasting Authority, and the Independent Television Commission (Now OFCOM), as a broadcasting regulator. She was Midlands Chair of the Royal Television Society at this time, which captured the imagination of the students in the room who enjoyed hearing Janet’s stories about organising events and public meetings and communicating with viewers. 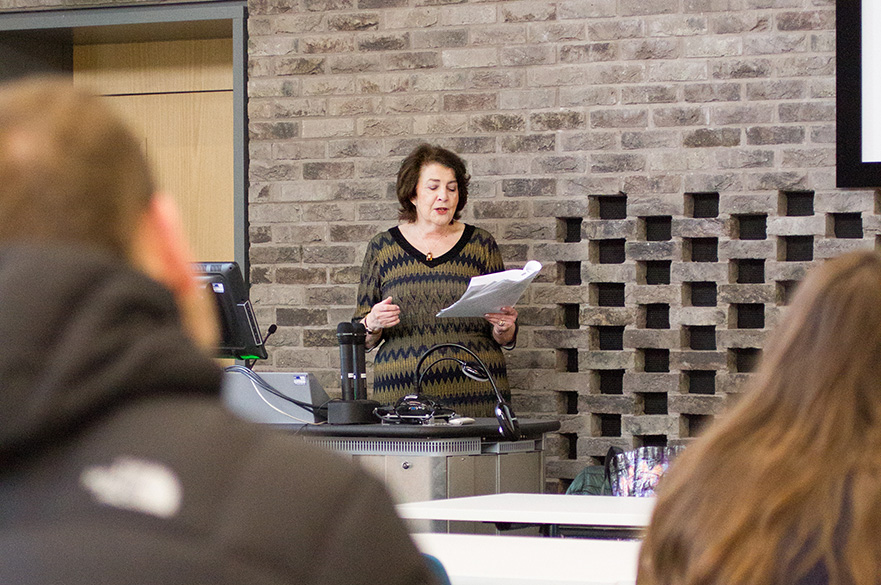 Janet is now self-employed and works as a Public Relations officer for the Institute of Directors in the East Midlands, based in NTU at the Newton Building. Interestingly, in 2012, Janet completed an MA Fine Art at Nottingham Trent University, gaining a Distinction. She continues to make and exhibit work focused on the environment and sustainability. She still works closely with NTU, through the Alumni Fellowship Programme and singing in the NTU Choir, having recently performed in ‘A Russian Spectacular’ featuring Joseph Moog. She encouraged the students to make the most of their time at University and take advantage of the opportunities given to them, particularly highlighting the international community of students and study abroad opportunities available.

The talk was an uplifting event, which preceded an interactive workshop around how the government and media interact and communicate. Janet’s varied career and high praise for NTU left the students feeling inspired and ready to consider their options post-graduation.

Lecturer in Political Communications, Dr. Colin Alexander, said of the event: “It’s fantastic to welcome people like Janet along to share their experiences with the students. At NTU we emphasise the teaching of theoretical understanding with practical workshops and as an alumni of the university Janet sharing her career experiences allows the students to better understand the trajectory of how someone goes from being an eager young adult in education to applying the communications trade at the top level.”

You can find out more about Janet and her work here: http://www.janetwootton.com/

Communication and Society students receive visit from former Government Press Officer who worked at No.10