Senior Lecturer in English and Creative Writing teaches in Japan 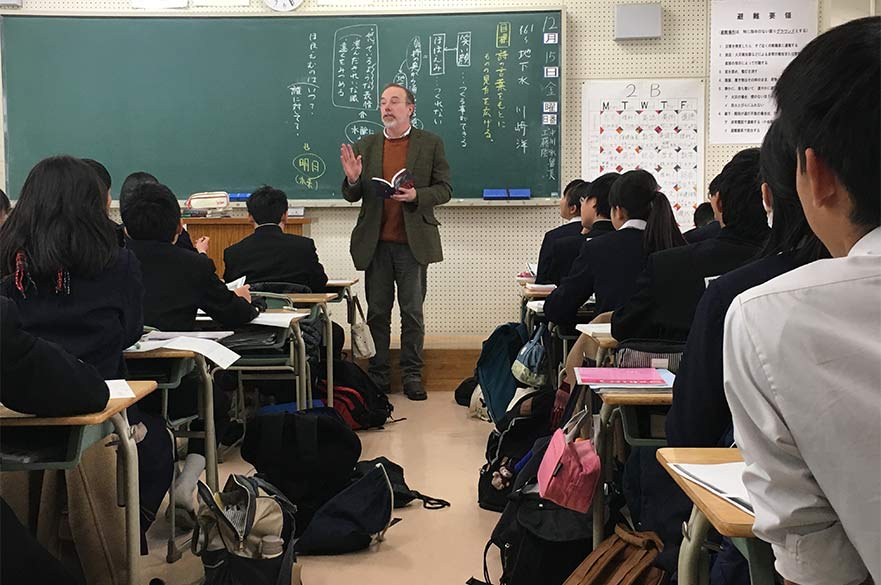 Dr David Belbin, Senior Lecturer for BA (Hons) English and MA Creative Writing recently visited Japan as a guest of Hiroshima University, funded by the Japanese Society for the Promotion of Science. David delivered a workshop on the ghost story that was attended by postgraduates, professors and other academics. He also gave a joint reading alongside poets Dr Sue Dymoke and Professor Taka Yamamoto.

On top of that, he also paid a visit to Hiroshima University High School in Fukuyama to read to the students. One class of students studied the original English language version of David’s ghost story Home For Christmas, which has twice been translated into Japanese.

David told us: “The trip to the school informed my own teaching of the haiku in undergraduate creative writing classes at NTU.

“Visiting Japan reminds me that the creative writing culture in the UK is far more advanced than most countries other than North America, but there’s a great openness to the teaching and learning of creative writing.” 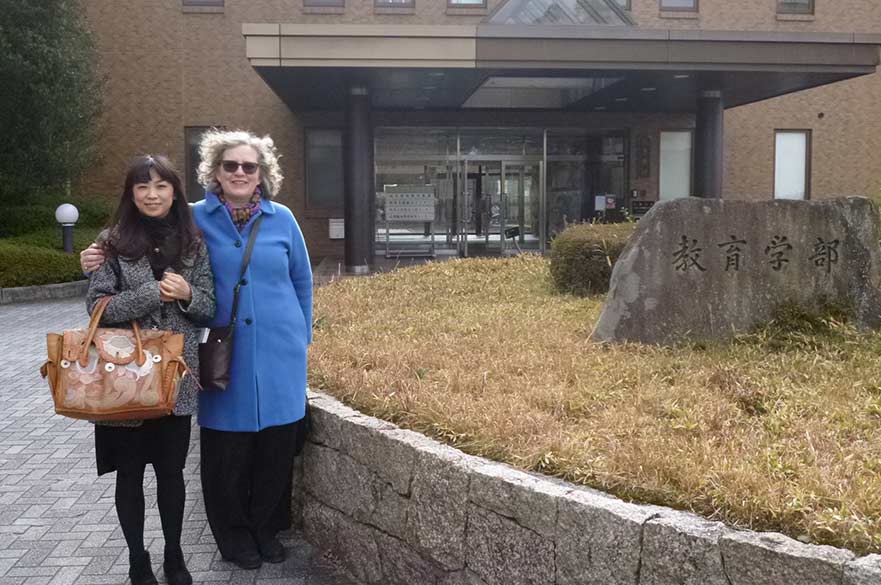 “I have talked to my students at various levels about the experience of working and travelling in Japan. I think that, especially in the era of Brexit, it is essential that we encourage our students to adopt as international an approach as possible,” he remarked.

He added, “We were gratefully impressed with the tremendous hospitality we received in Hiroshima, and indeed, throughout Japan.”

Senior Lecturer in English and Creative Writing teaches in Japan