Huge boost going into the cup for NTU

A long trip up to a windy Durham, hosted the final game of NTU’s first season in the BUCS Super Rugby. Durham got off to a quick start, however this didn’t deter NTU, as they fought back with 4 tries of their own with Durham unable to respond. 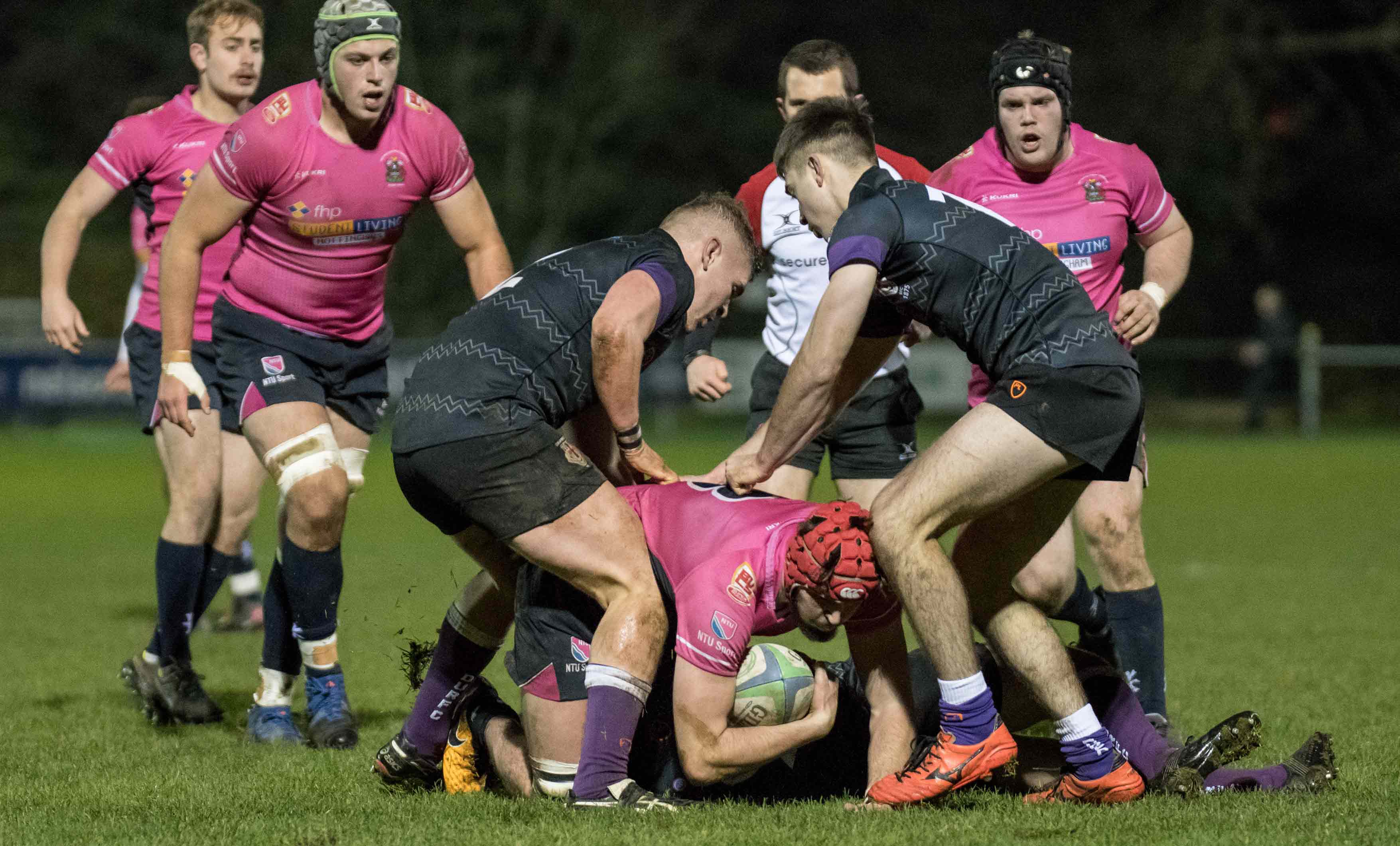 Just 1 minute in, and it was not the start that NTU were looking for. Some nice work from the Durham backs allowed them to break through the line to put the first try on the board: Durham 7 – 0 NTU. Durham were unable to extend their lead with two penalties that were missed in front of the posts. In the first 20 minutes, NTU struggled to get out their own half, but did enough to keep Durham at bay by soaking up the pressure. When NTU finally got a chance on the Durham 5, they took it. Cecil McCarthy driving the ball over from the ruck, to reward NTU for their hard work in defence: Durham 7 – 5 NTU. The momentum started to swing NTU’s way, and they capitalised on this. Durham failed to properly clear their lines with a kick, and they were in trouble when it fell in the hands of Harry Graham. An easy step created an overlap on the wing for Alex Goble to go down in the corner after 30 minutes: Durham 7 – 10 NTU. Durham had one last chance to take the lead on the stroke of half-time with a scrum 5m out. NTU stood their ground though, forcing the penalty to end the half, and a real lift for the boys going into the changing rooms.

A tentative start from NTU in the first 20, however brilliant work in defence contained the Durham attack. NTU took their chances when they came, and went into half-time with a deserved lead: Durham 7 – 10 NTU.

It was key that NTU got the first try in the second half, and they did just that after 55 minutes. Durham were unable to stop the NTU steam train making about 25 yards. Alex Goble then took the ball at pace, bounced off one player, was tackled just before the line, but managed to get up and crawl his way over for his second try: Durham 7 – 17 NTU. Durham didn’t go down without putting up a fight, but NTU continued to put in hit after hit that nulled their attack. The final blow came courtesy of David Williams in 75th minute, when he unsurprisingly made a trademark interception, with no chance of Durham catching him. The final score finished Durham 7 – 24 NTU.

The game on Wednesday was all about the NTU defence, and their ability to neutralise Durham. As they ran out of ideas, NTU were clinical and took their opportunities when it mattered to seal victory. Having drawn Durham in the last 16 of the cup next week, this will be a huge confidence boost going into the game, knowing they are more than capable of coming home with another win.

Huge boost going into the cup for NTU