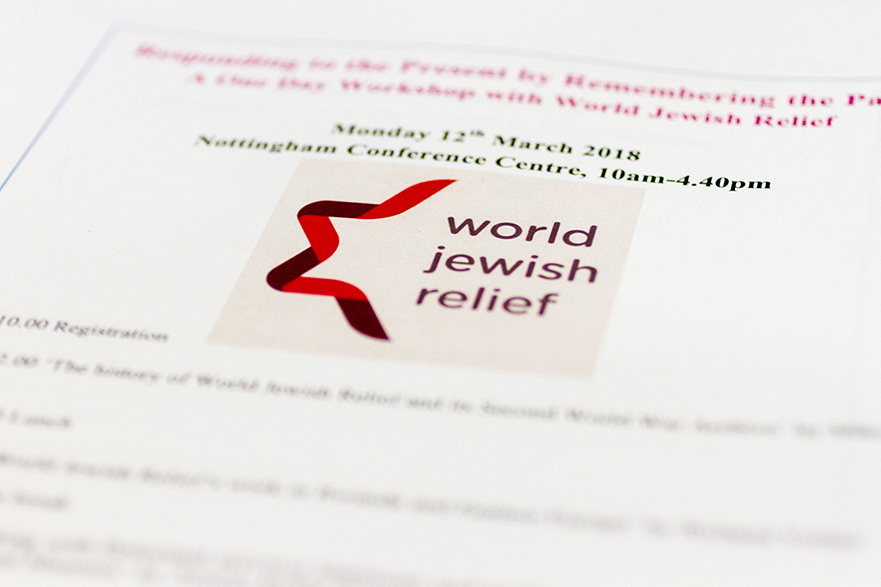 PhD candidates in the School of Arts and Humanities recently organised a conference with World Jewish Relief to support their research in the field of Holocaust Studies. They were pleased to welcome Richard Verber, representative of World Jewish Relief as well as Aneesa Riffat, curator at the National Holocaust Centre and Museum. AHRC Midlands3Cities Doctoral Training Partnership has funded the conference, as well as the student’s PhD research.

In their earliest form and by another name, World Jewish Relief were instrumental in bringing the Kindertransportees over to the UK. They have previously supported many other catastrophes in Greece, Turkey and Rwanda and are currently aiding the Syrian refugee crisis. The PhD candidates at Nottingham Trent University are currently collaborating with the organisation on an exhibition around the work of World Jewish Relief, exploring how remembering the past can help us influence the present. On the day, Richard discussed their work in Rwanda and Eastern Europe, explaining how the organisation is able to help refugees today. The group learned about the complex history of British rescue efforts: both Jewish and non-Jewish. The memory of rescue is complex; the workshop helped to dispel some widely held myths and challenged the group to think about national and international narratives of the Holocaust. 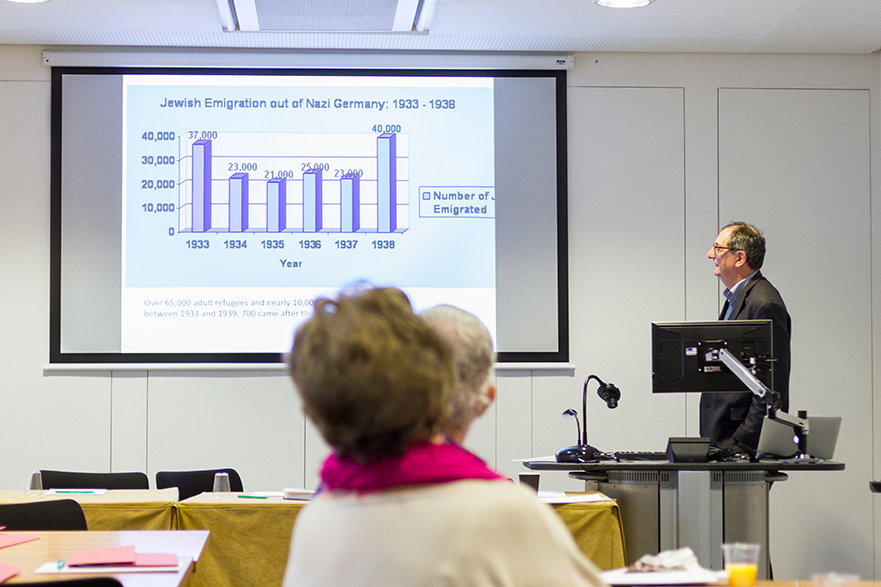 Also presenting on the day was Mike Levy, PhD student at Anglia Ruskin University, whose thesis centres on the impact of local refugee committees, particularly in his hometown of Cambridge. Mike introduced the day with an overview of the refugee crisis during the Holocaust, covering both the economic and sociological challenges faced by those trying to help. Aneesa Riffat from the National Holocaust Centre and Museum also talked about her objectives as Curator and her particular focus on collecting testimonies from survivors.

Later in the day, Dr Andrea Hammel, reader Reader in German at Aberystwyth University presented her research. She has recently visited the University to deliver a workshop around Holocaust Memorial Day and it was a pleasure to welcome her back.

The day concluded with PhD candidates presenting their work around the topic, which allowed for discussion and input from the experts in attendance. The day was particularly useful in starting to form ideas for an upcoming exhibition around the theme of the day, ‘Responding to the Present by Remembering the Past.’ The students are also aiming to raise money for World Jewish Relief through a number of activities, such as the Wolf Run.

PhD student Amy Williams told us: “The workshop was a great opportunity to learn more about World Jewish Relief’s international and domestic activities. It was also invaluable for us PhD students to be able to talk to Richard about our work.”