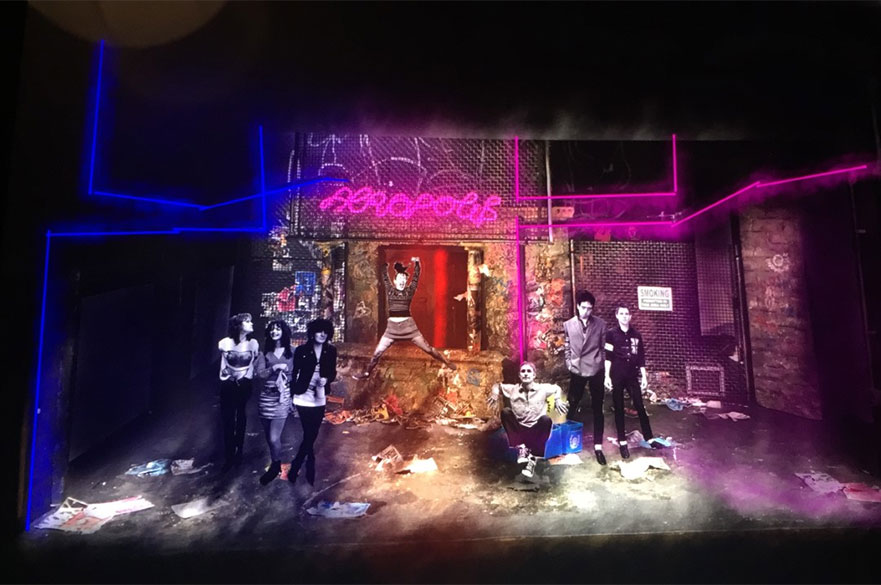 Two students on our BA (Hons) Theatre Design course have designed the set and costumes for a new production of Greek comedy Lysistrata which, written in 411 BC by comic playwright Aristophanes, opens at Lakeside Arts this April.

Widely acknowledged as being one of the first explorations of gender relations in a patriarchal society, Lysistrata tells the story of the title character’s mission to end the Peloponnesian War through abstaining from sex. With the men of Athens serving in the forces, the women of the city meet with the enemy women and form a pact: no sex for the men unless peace is made.

Lucy Bond has devised the set, and Lizzie Butterick the costumes, for this comic production charged with themes of feminism and politics. Both students have taken a highly innovative approach through reimagining the play in a 90s-inspired world, drawing particularly on the Riot Grrrl movement in their design concepts. Lizzie explained: “For our concept, we decided to set the play in the 90s, taking strong influence from the Riot Grrrl movement. The leader of this movement, Kathleen Hanna, was our main inspiration, as she gathered women together in the 90s to fight a cause in a similar way to Lysistrata. The set design is based on a music venue, and is a reimaging of the main hub for the characters; the ‘Acropolis’. The costume designs are very punk-inspired, from its early iterations in the 70s through to the 90s, with lots of DIY customisation.”

She added: “Working in collaboration with Lakeside Arts and The Nottingham New Theatre has been an exciting opportunity and a fun final project to round off my three years of Theatre Design here at NTU. The play itself is hilarious and the cast are so enthusiastic, I’m looking forward to seeing our designs come to life!” 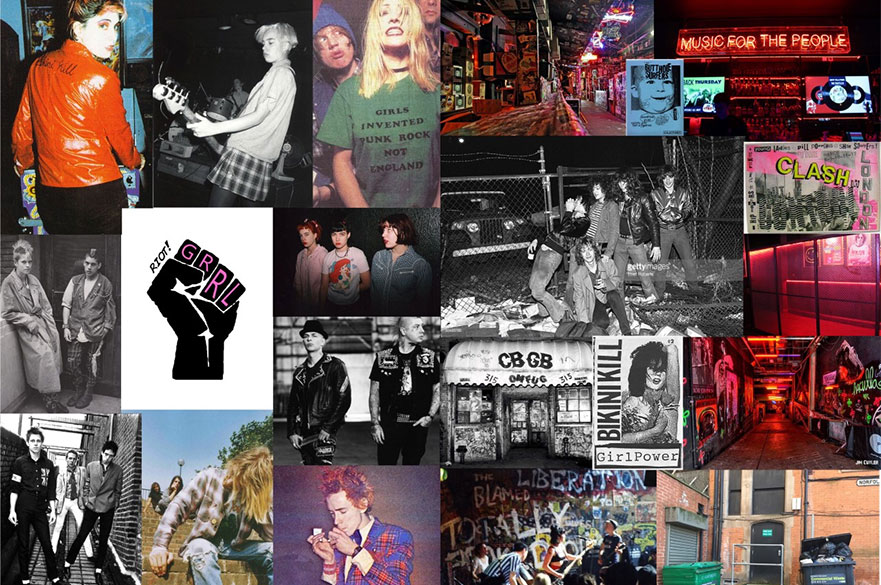 Lucy said: “Lysistrata is not only my first realised set design, but also the final production of my Theatre Design degree. This particular partnership with Lakeside was a great opportunity to collaborate with professionals. The design for this production involved citing an ancient text into a more modern setting; 90s punk. I think this is the most exciting element about the production and allows for a fresh interpretation of a historic play.”

Students on the Theatre Design course regularly benefit from working with associate companies such as Lakeside Arts. It presents students with the invaluable experience of designing and realising concepts for performances and for real audiences, helping them to advance their practices to a highly professional level.

Tickets for the production, which opens on Tuesday 24 April, at Lakeside Arts in partnership with Nottingham New Theatre, can now be purchased via the Lakeside Arts website.