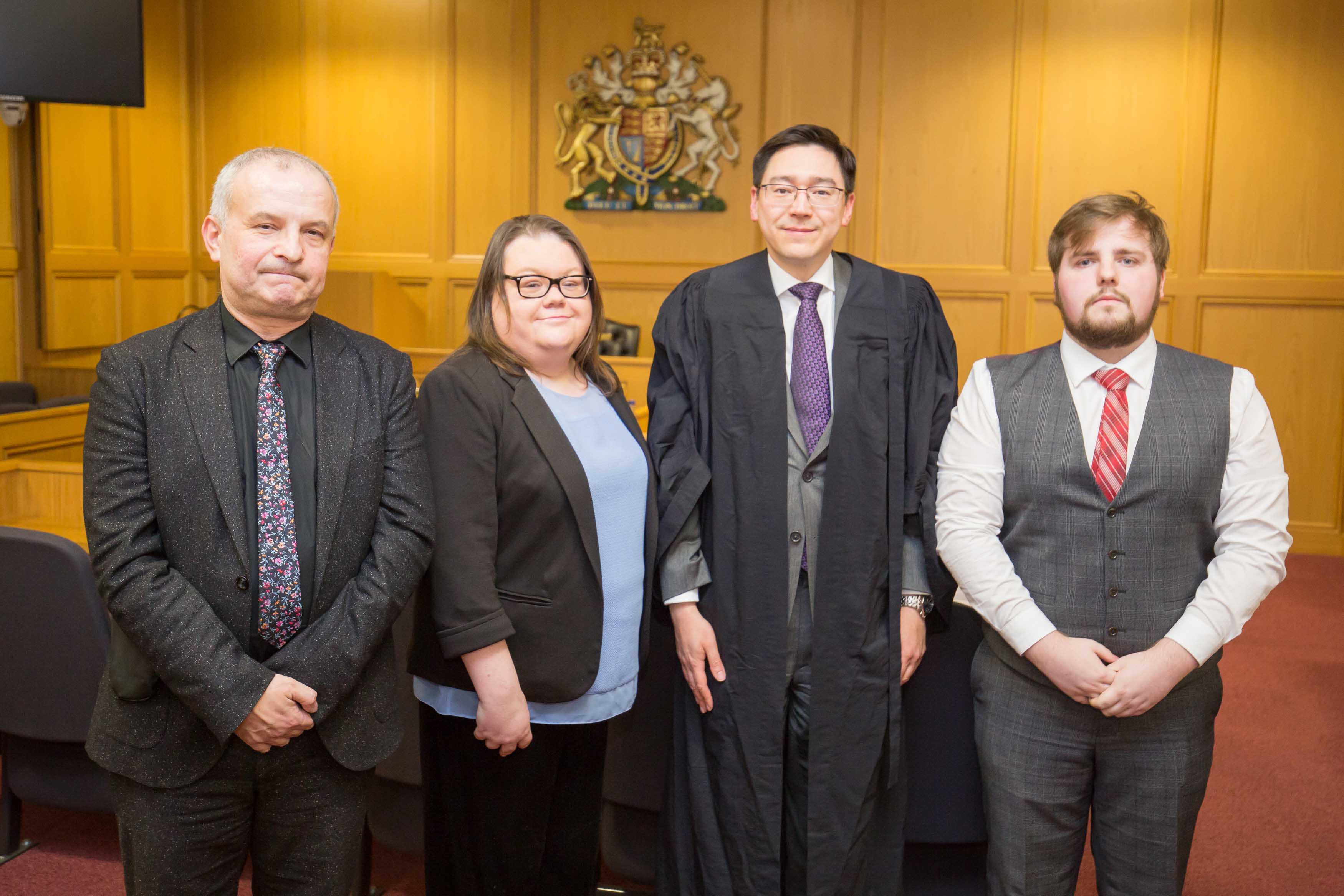 The event itself was held in Nottingham Law School's Courtrooms in the Chaucer building, using a criminal law problem which required competitors to grapple with the right of appeal and misconduct in public office. Alan Bates from Monckton Chambers judged the moot. Alex Lucas from the Mooting Club ably clerked and kept time.

Kieran Thorne and Michael Connor represented the appellant, and Gemma Grant represented the respondent. The audience, made up of NLS students and friends, watched Gemma take the prize not only for best overall mooter, but also best team. Gemma was standing in for Sam Robinson, who was unfortunately ill on the day.

The judge commended all of the mooters for their performance.