NTU Sports Scholars return from the 2018 Commonwealth Games having made some fantastic milestones in their sporting careers. 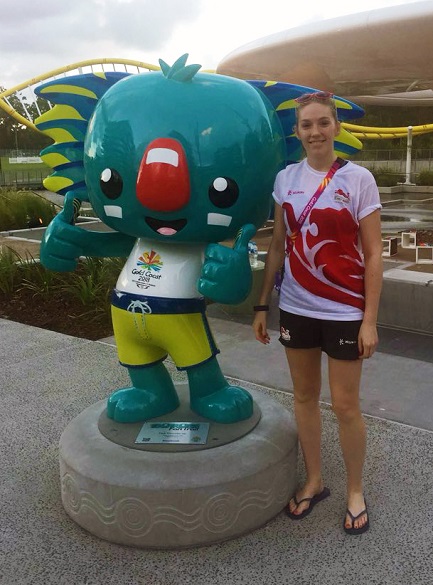 The 2018 Commonwealth Games drew to a close this weekend following a crescendo of sporting highlights across 12 days at the Gold Coast in Australia.

The event saw more than 4,500 athletes compete, all with hopes of bringing gold home for their nation. For the first time at a major multi-sport competition, there was an equal number of men’s and women’s events.

At a time when NTU is celebrating a continued boost in female sporting participation, Hockey scholar Caro Hulme made her first international cap at the gamers, where she played for  Team Wales.

Table Tennis Scholar Evie Collier made the most of an opportunity to act as Intern Assistant Coach at the games, and Squash scholar Lewis Walters helped to make history for Jamaica in the Men’s Singles and Doubles.

Caro travelled with team Wales as a reserve, but was called into action when a broken thumb took teammate Danni Jordan out of competition.

The midfielder was selected as a travelling reserve after an exceptional few weeks with the national training group, having also helped NTU Women’s Hockey to victory.

Caro helped her team off to a flying start in their first commonwealth match against India (who finished the games ranked 4th), with a winning score of 3-2.

The team faced some incredibly tough competition, as they went on to battle it out with England, South Africa, Malaysia and Ghana. See full match results here.

NTU Squash Scholar Lewis Walters also faced some tough competition across the games, competing for Jamaica in the Squash Men’s Singles and Doubles.

Lewis joined the NTU Squash team this year, and before the games also represented Jamaica in the World Squash Championships in Marseille.

It’s been a great experience competing at the games, I had a really good period of training leading up to the event. I managed to upset the seedlings with one of the best results of my career so far, beating a top 60 player. Finishing top 16 in the Men’s Singles and top 16 Doubles is a big step for Jamaican squash. The support from everyone back in Nottingham has been amazing and I’m looking forward to my next block of events. 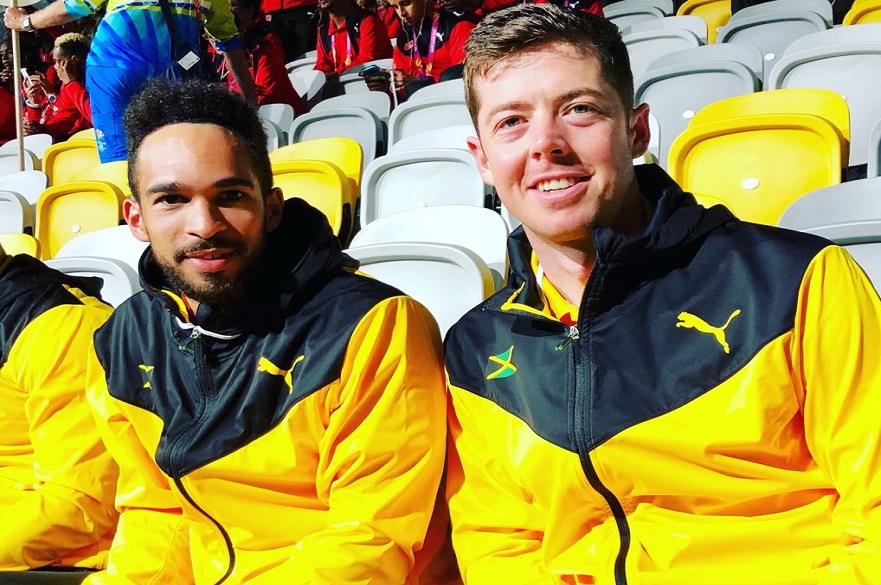 The athlete made the best result of his career so far at the Gold Coast to come out on top against a world top 60 player, Peter Creed, currently ranked world no.55 and Welsh no.2.

He went on to defeat Malta’s Daniel Zammit-Lewis to take the Jamaican flag to the final 16, along with teammate Chris Binnie. The accomplishment meant a first for the country, which previously had never made it so far in the games. See full match results here.

We are very proud to have continued NTU athlete representation at world events, and want to congratulate all scholars for their involvement in what has been an incredibly exciting Commonwealth Games.

Keep an eye out for these athletes and many more NTU talents at the 2018 Varsity series!