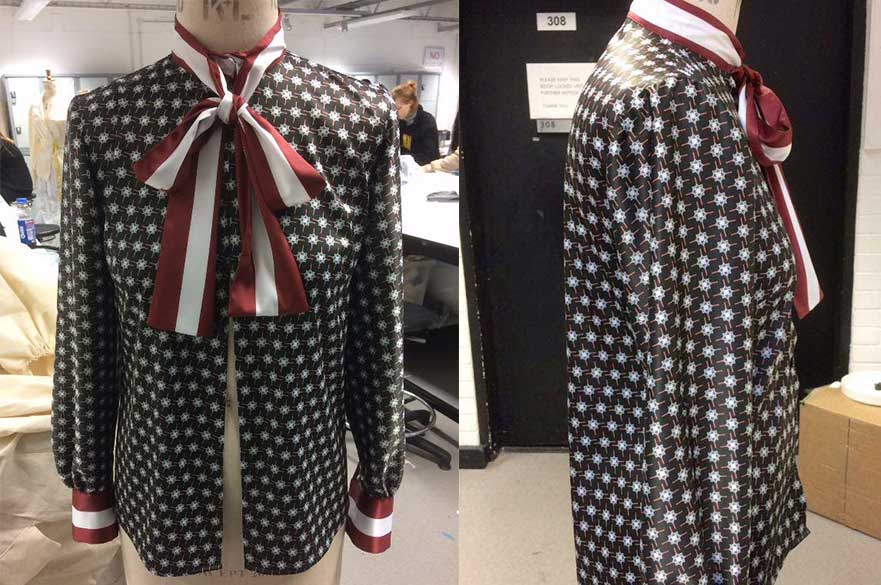 A student in her final year of our BA (Hons) Fashion Design course has been named winner of the 2017/18 Hawes & Curtis student design competition. Established back in 2011, the competition aims to showcase the best talent emerging from UK art and design schools. The company, founded in 1913 by two tailors, specialises in shirts and tailoring, and has over the years clothed the likes of Fred Astaire and Frank Sinatra.

The competition brief annually challenges fashion students to research the Hawes & Curtis brand and customer base, devising capsule collections demonstrating their grasp of commerciality and style. This year a particular focus was placed on fashion icons, and students were tasked with designing and producing a shirt to be inspired by an aspect of Hollywood’s Golden Age.

Rebecca told us about the idea behind her winning entry: “The brief was to design a shirt inspired by a Fashion Icon of Hollywood’s Golden Age. For me personally, Grace Kelly came to mind straight away. I have always admired her style and felt that to an extent this competition couldn’t have been more perfect.” Rebecca's mood board for the Hawes & Curtis competition

On being asked what it was like to be named winner, she said: “It felt amazing! A lot of hard work and research went into the project, and it was nice to feel like it paid off. It was an incredible achievement and a great way to finish my degree.”

She continued: “Winning this competition has been a real highlight of my course. I loved designing and manufacturing shirts during my menswear project last year, and I think that showed as a result.”

Rebecca will now work with the design team at Hawes & Curtis to put her design into production, to be sold in a selection of their stores across the UK. 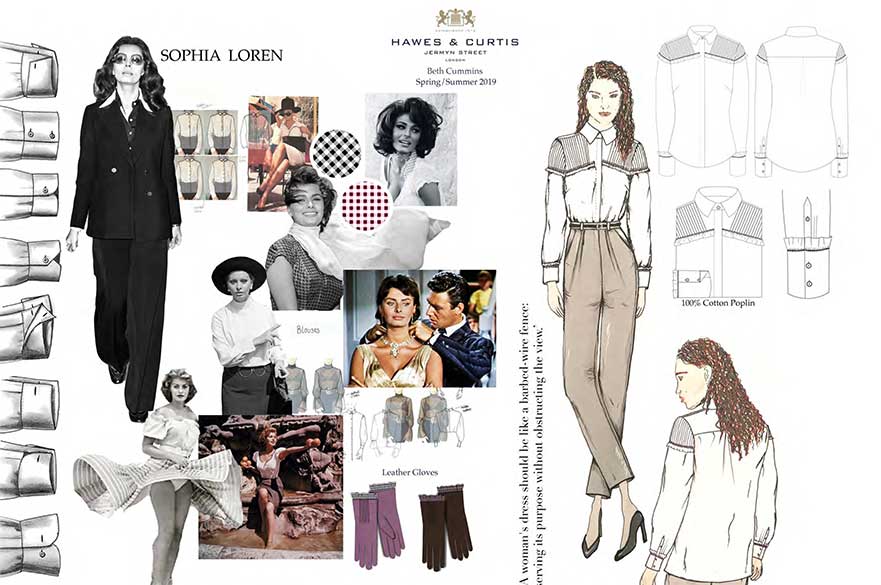 Fellow final year student Beth Cummins was named runner-up, drawing inspiration from Sophia Loren to create her shirt. She told us: “I really enjoyed the competition; I'm very interested in tailoring and work wear, so when this brief came up I knew it was the one I was going to do."

She added: "Physically making the shirt was my favourite part of the competition; having to be precise with the sewing and finishes is something I love doing.”

Both Rebecca and Beth will be participating in SHOW, NTU's annual Degree Show which showcases the work of over 1,300 graduating art and design students. Find out more.