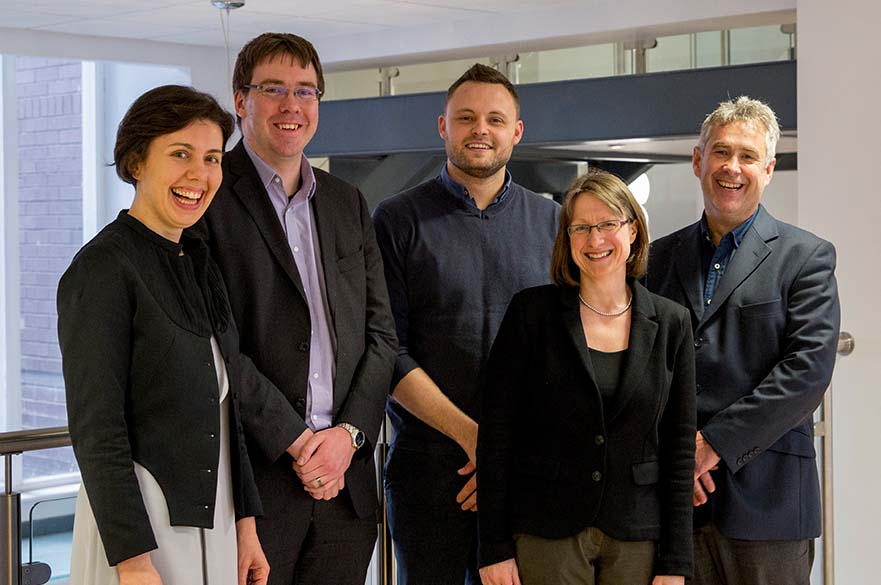 Ben Bradley MP with members of the Department of Politics and International Relations.

Friday 27 April saw the Department of Politics and International Relations welcome back BA (Hons) Politics alumnus Ben Bradley MP for a guest lecture and in-depth Q&A with staff and students at NTU.

Since graduating from NTU in 2013, Ben has had a successful career in local politics. He has held roles such as Office Manager to Mark Spencer MP, and as a local councillor for Ashfield District Council. Ben was elected as Member of Parliament for Mansfield in the 2017 General Election.

Talking about his experience, Ben was passionate and honest about his career journey since graduation. His thought-provoking talk was inspiring to students from the Department, and gave them the chance to hear first hand what it is like to work for local politics and how to embark on that career path.

"Ben spoke to our students about his experience of getting into Political office – initially as a district councillor and then as a Member of Parliament. Two points that came across particularly strongly were Ben’s readiness to take the opportunities that were afforded to him – especially when they sometimes arise unexpectedly – such as the snap general election on 8 June 2017. The second point was just how important it is to build local support and to engage with the local community. Ben provided a very detailed account of his experiences working and volunteering in local politics and the importance of the local knowledge and relationships that he had built up in helping him when he stood as the conservative candidate for Mansfield. Ben spoke passionately about his commitment to and involvement with his constituency."

Find out about upcoming events within the School of Social Sciences.