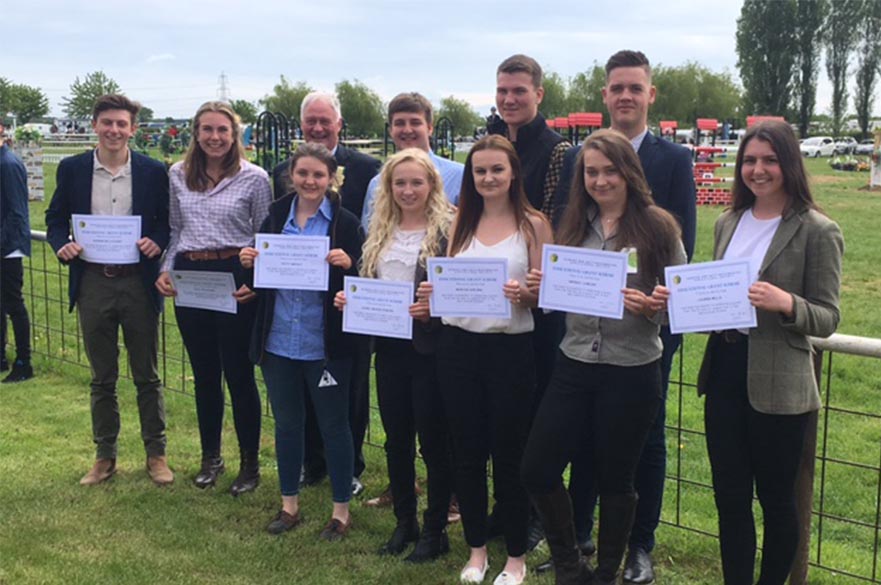 The Brackenhurst herd of Lincolnshire Red cattle once again reigned supreme with our heifer crowned champion in the overall Native Breed class. This was after winning the champion Lincoln Red award and the champion female Lincoln Red.

Year one Agriculture student Will Laughton, who showed the winning heifer, assisted NTU Farm Bailiff Neil Hodgson at the show.

Our team were also at the show promoting our courses and won ‘Best Promotional Trade Stand’ in the Trade Stand Competition.

Elsewhere in the show, nine of our first year Agriculture students and one Equine student attended an awards event on Sunday morning. They had all successfully applied for funding and attended an interview from the Agricultural Society. The amounts range from £250 - £750. This funding will be used by the students to gain further employability skills such as telehandler operations, pesticide application and artificial insemination courses. A further four students have been awarded £100 each.