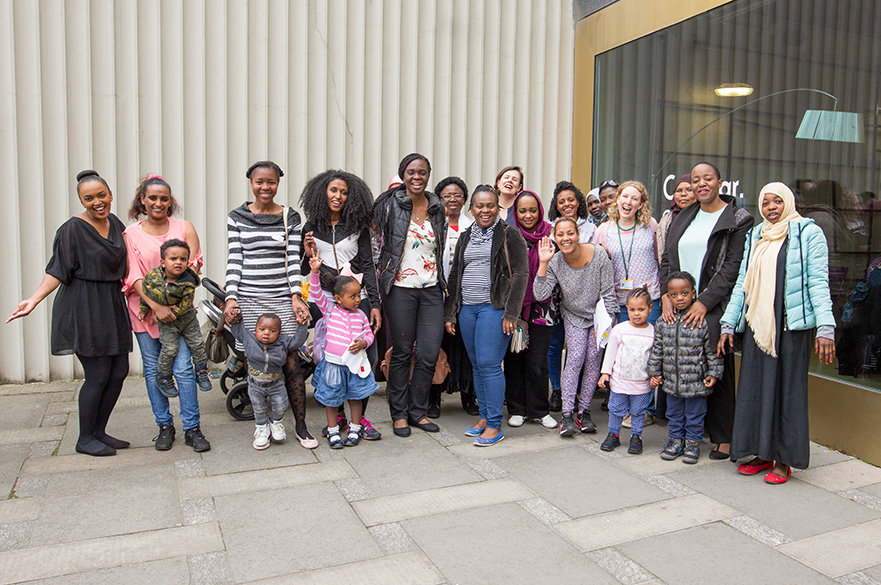 This month has marked the start of creative outreach project ‘And Still I Rise’, a collaboration between Nottingham Contemporary and Dr Anna Ball, Senior lecturer in BA (Hons) English and co-director of the Postcolonial Studies Centre at Nottingham Trent University. The project invites women from the PAMOJA Women Together Project at Nottingham Refugee Forum to explore a variety of creative disciplines, creating work in response to the work of inspirational poet Maya Angelou.

The group consists of over 30 women, with sessions run in five languages: Amharic, Arabic, Kurdish Sorani, French and English, facilitated by translators. Based at the studio space In Nottingham Contemporary, the project will cover poetry, creative writing, photography, filmmaking, performance, art and dance workshops, led by Anna and a range of volunteers. Final year BA (Hons) Photography student Rasha Kotaiche will be leading the photography and filmmaking workshops. The project acts as an opportunity for participants to build new networks, work with professionals and build their CV.

The first session saw the women introduced to the poem ‘And Still I Rise’ by Maya Angelou and responding with their thoughts on the meaning behind the poem. Commenting on the workshop, Anna told us: 'I felt honoured and inspired to work with the group for the first time today. Though some of the women had never read poetry before, their responses were incredibly perceptive and in their reading of the poem, they drew strong parallels with their own lives, which have also required them, as one lady put it, to "rise up" above "words, eyes and lies" that they have encountered in their difficult time as asylum-seekers and refugees. There was a tremendous sense of energy, determination and camaraderie in the room: women applauded one another as they made comments, and spurred one another on. I am looking forward to seeing what they write in response to the poem next week!'

The project emerges from Anna's ongoing research into the ways in which literature has provided a platform for transnational women's and feminist movements, and her current research project, which explores the transnational feminist dynamics around representations of refugee women, and for which she has just been awarded a Leverhulme Research Fellowship for 2018-19.