Rome inspires our Design for Film and Television students 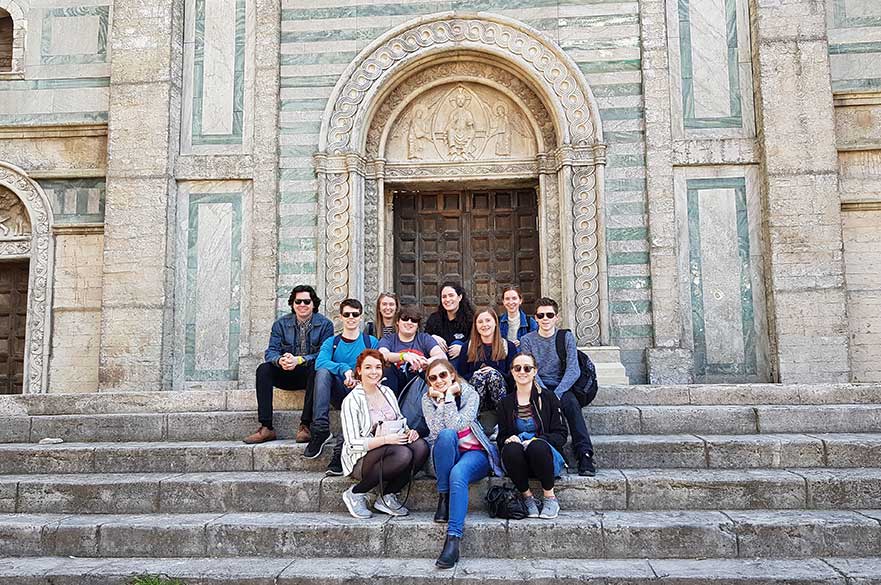 Our BA (Hons) Design for Film and Television students recently visited Rome on a study trip. Students from all three years travelled to the Italian capital, in order to gain inspiration and primary research for their current design projects and modules.

One of the highlights of the trip was a course-organised visit to Cinecittà, a film studio spanning over 400,000 square metres. As the largest film studio in Europe, it was a very exciting prospect for the students to pay it a visit. Widely acknowledged as being the hub of Italian cinema, the studio has been the site of many famous filmmakers’ masterpieces, including those by Federico Fellini, Francis Ford Coppola and Martin Scorsese. Since its opening in 1937, over 3,000 films have been shot at Cinecittà, with an impressive 90 receiving Academy Award nominations.

In addition to exploring Cinecittà, the students visited the nearby Experimental Centre for Cinematography, an influential player in the promotion of the art and technique of cinematography. Established in 1935, is it the oldest film school in Western Europe, and continues to offer training and research on screenplay writing, production and set design, cinematography, sound engineering, and editing. 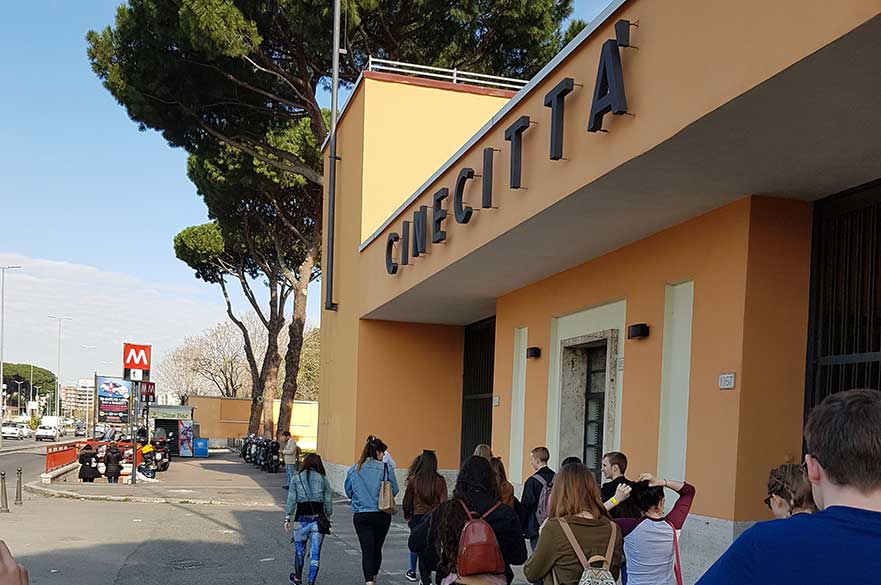 There was plenty of time left for the students to visit some of the city’s most iconic tourist sites, including the Colosseum, the Spanish Steps, the Roman Forum, the Trevi Fountain and the Vatican. They students also made the most of the Italian cuisine, enjoying regular gelato breaks to fuel their extensive walking.

Student Zsuzsi Padgett thoroughly enjoyed the trip. She commented: “It was a fabulous trip! And especially for those who had not experienced Rome before, as we took in the most famous sights and tourist hot-spots. There was a great balance of organised activities and self-arranged sightseeing.”

Senior Lecturer Duncan Howell was one of the members of staff who accompanied the students to Rome. He told us: “As a course, we value our European trips for many reasons. Apart from the wealth of culture digested, it is a fantastic experience and really bonds the three years together. We always aim to add an experience that can’t be gained through personal arrangement; the film studio visits and free entry for educational groups to exhibitions. Feedback from all three years has always been positive and memories created will remain for a very long time.”

Rome inspires our Design for Film and Television students