Winners of the Law School Challenge 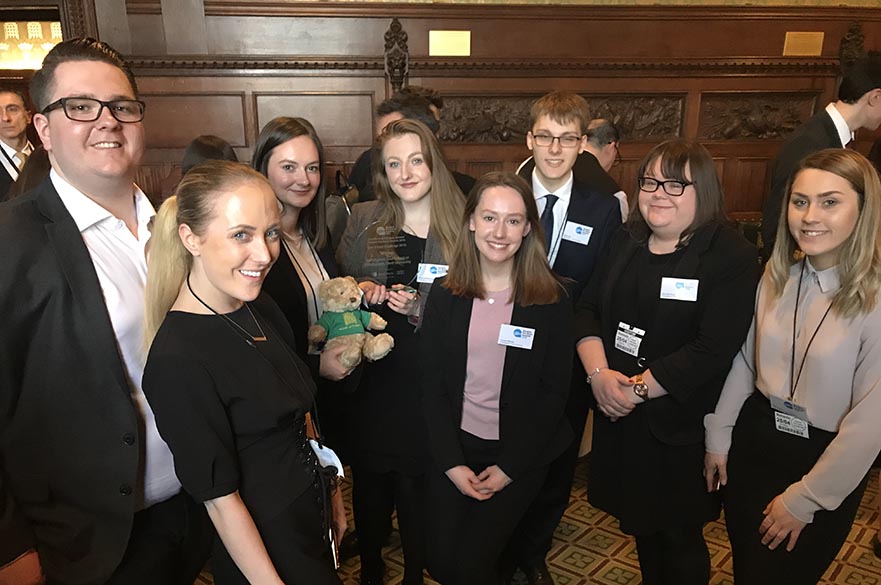 Members of the Student Pro Bono Committee collect their trophy

The Law School Challenge is a fundraising initiative designed to support the facilitation of free legal advice by raising money and raising awareness of two charities: LawWorks and Bar Pro Bono Unit. Nottingham Law School were up against a number of different university law schools from across the country to try and fundraise as much money as possible.

With the competition running from October to March, the Committee came up with different initiatives to raise money and came together to work as a team to make sure they happened. Their main initiative came from Gemma Grant, who had the idea of selling Nottingham Law School hoodies. Through the hard work and liaison with staff members, this idea became a reality, which ended up becoming a brilliant success. A hoodie sale took place in January, resulting in hundreds of students queuing for a hoodie and selling out within thirty minutes! Fast-forwarding two months and around 200 pre-orders later, they had raised around £3,500 for the Law School Challenge!

The Committee continued to raise even more money by hosting two bake sales in November and March and a quiz in January where a further £350 was raised to add to the total.

They could not have done it without the incredible work from the Student Pro Bono Committee, Lauren Kilbride who manages the Committee, the support of the Legal Advice Centre team and staff and students that purchased a hoodie or cake. In total, the committee managed to fundraise an extraordinary £4,027, quadrupling the amount the committee had raised last year.

On Saturday 24 March, after months of anticipation and waiting, Nottingham Law School were announced the winners of The Law School Challenge 2017/18. They collected the award from the Attorney General at the House of Commons on Wednesday 25 April 2018.

Nottingham Law School were also awarded a Platinum award, which was introduced solely because of how much they had raised.

Winners of the Law School Challenge