Students from the School of Architecture, Design and the Built Environment awarded prize money for their creativity and innovative designs at this year’s #NTUDEGREESHOW. 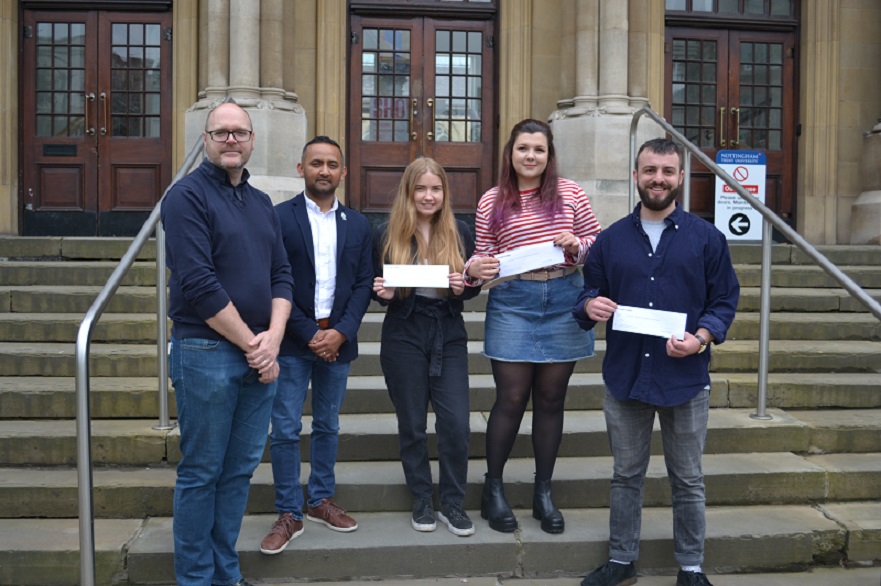 Couch Perry Wilkes (CPW) has awarded three students from the School of Architecture, Design and the Built Environment with prize money for their creativity and innovative designs at this year’s #NTUDEGREESHOW.

Nilesh Mistry, director at CPW acted as a judge, he said: “We were thrilled to be involved as we are really passionate about promoting Nottingham and retaining talent within the city and this seemed like a fantastic opportunity to do just that.

“All the shortlisted projects were brilliant so it was really hard to pick a winner but Jade, Emily and Reece’s projects all really stood out. Their creativity was astounding and it is talent like this that we need to be keeping within the region.

“This was the first year we have been involved with the awards and we really wanted to give the students a boost and congratulate them on their hard work and passion. We therefore decided to give each student £500 prize money along with their award as an extra show of support.”

Gavin Richards, Head of Architecture at NTU, said: “Initially when talking with CPW we wanted to judge the best environmental response so I shortlisted three or four students for each category. On the presentation night Nilesh, and I walked around and decided the winner.

“The award was definitely a recognition of all the hard work they have put in over the past three years. All our students work incredibly hard but I think that for Reece, Emily and Jade winning was a recognition of strength in their particular area.”

Reece Thorner, Final Year BSc (Hons) Architectural Technology student said: ““It feels great to be recognised for the time and effort that has been spent in the past 4 years at NTU. The award has given me a great boost heading in to the workplace but it couldn’t have been achieved without the great support received from my tutors and peers.”

Emily Hagger Final Year BArch (Hons) Architecture student said: “It is amazing to have your passion celebrated – it makes all the late nights worth it.”

Jade Barber, Final Year Ba (Hons) Interior Architecture and Design student said: “I was so shocked to win the award but I was really passionate about my final project and I think that came across in my presentation boards. I’m hoping to do a masters at NTU next year so the prize money will definitely come in useful.”

Andrea Carver, Development Officer at NTU said: “Partnerships with companies such as Couch Perry Wilkes are really important to Nottingham Trent University.  Industry recognition in the form of awards, give our students a real sense of achievement and confidence as they enter the next stage of their career. Collaborations such as these, provide mutually beneficial opportunities for the companies involved, our students and the wider university