Cameron Walker, BA (Hons) Broadcast Journalism graduate, is one of just twelve graduates in the UK who has been selected for the scheme. 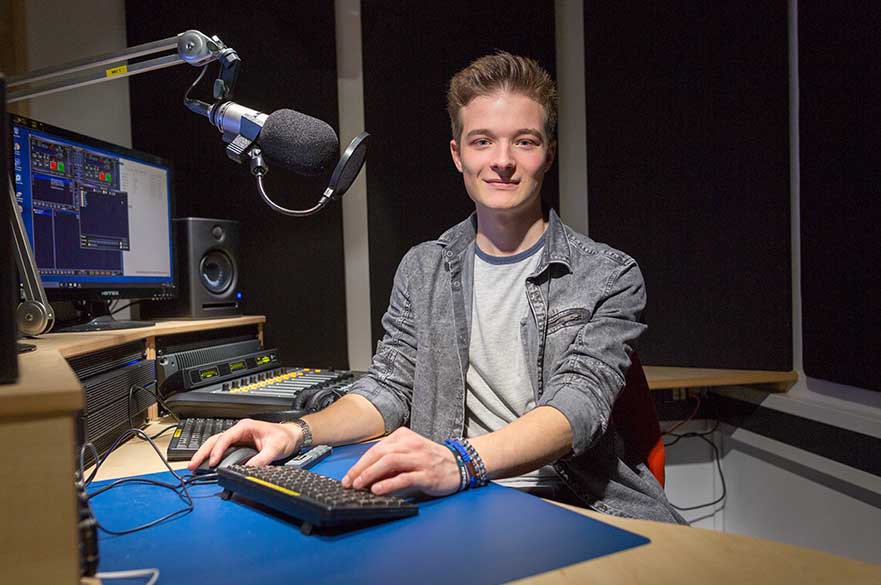 Final year BA (Hons) Broadcast Journalism student, Cameron Walker, has been accepted onto the competitive ITV News Traineeship scheme, which will begin in September. Out of over 1000 applicants, Cameron has accepted one in just twelve places that have been offered this year. Trainees of the scheme go on to secure roles in regional, national and international news, with the majority staying with ITV to forge their careers.

The application process for the role was suitably challenging, in order for ITV to attract the best talent in the country. After completing media law questions, scenario-based assessments and interview questions, Cameron learned that he had been invited to the Assessment Day, which formed the next stage of his application. Cameron described the day as “one of the toughest days of my life. The only way to describe it was like the TV show ‘The Apprentice’”. The day involved various group tasks, assessed by the Heads of News, followed by short “speed dating” interviews with various editors from the ITV News network.

After impressing at the Assessment Day and subsequent interviews with significant members of ITV Channel TV, Cameron learned he’d been offered the traineeship. He was overwhelmed to have been successful: “It hasn't quite sunk in that I've got it. I'm still in shock! Over 1000 people applied for this, and I'm one of twelve to be accepted - which is difficult to get my head around! I'm incredibly grateful, and I’ve had amazing support from my tutors and industry contacts. Their advice certainly helped during the process. I'm super excited to join ITV!”

It’s clear to see why Cameron was chosen for the prestigious role, after completing a host of high-profile work placements throughout his degree. So far, he’s worked at ITV’s This Morning, BBC News (national), Victoria Derbyshire, BBC Hereford and Worcester, as well as shadowing directors on Good Morning Britain (ITV) and The One Show (BBC One). Cameron is reaping the benefits of the hard work, passion and dedication he has demonstrated during his time with Nottingham Trent University and is ready to launch his career with this fantastic opportunity.

When asked what he’s most looking forward to, Cameron told us: “I'm most looking forward to saying "I'm a journalist at ITV News", as well as learning how to do all the different roles for putting together a news programme. I'm aware there's a lot to learn, but I'll be learning from some of the best in the industry, and I feel very privileged to be a part of it. This is a huge stepping stone for me. I've always wanted to work in television, and this traineeship will give me so many opportunities!”