Our 2018 graduating cohort hosted a day of networking, industry awards and guest speakers this month 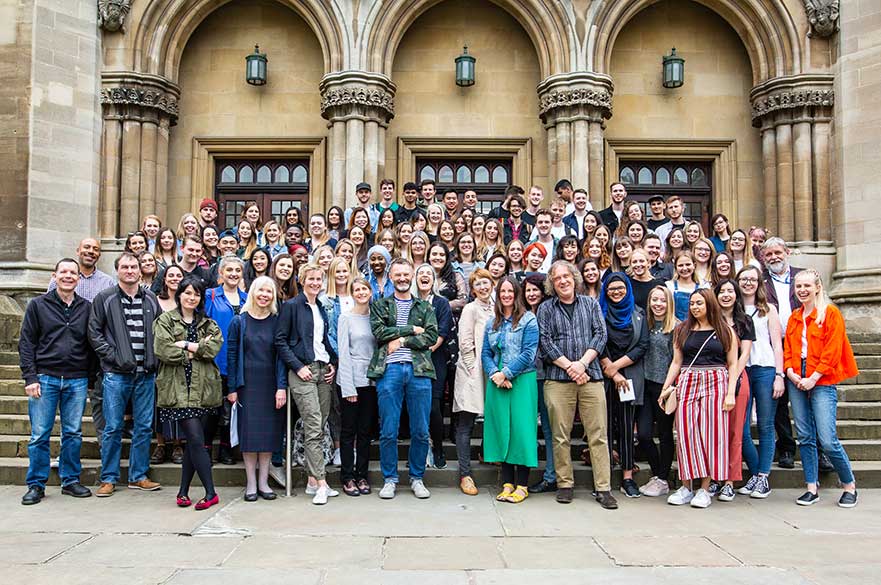 The 2018 graduating Graphic Design cohort with academics from the course

Final year students on our BA (Hons) Graphic Design course hosted a festival day as part of their Degree Show activity on Wednesday 6 June. The cohort, who collectively developed the identity NTU Allsorts, planned a day of events to celebrate their achievements, and to showcase their work to prospective students and industry professionals.

A highlight of the day was the presentations of awards to students who had won prizes in three international competitions. In the Creative Conscience awards, which this year received over 1,000 entries from 65 countries, NTU had two winners: Sam Gorham and Louise Taylor, and six commendations: Sam Goddard, Louise Gyles, Amaia Kurschinski, Isabel Major, Niamh Shutt and Sophie Webb. The remit of the Creative Conscience awards is to reward students whose designs support “socially valuable projects, promoting sustainability, freedom, social health and wellbeing”, so to have this many students recognised is a real accolade to the calibre of work being produced on the Graphic Design course.

Amaia told us: “One of the most valuable things I have learnt on the Graphic Design course at NTU is to always put your all into every project and really go for it! Be curious and think outside the box.” 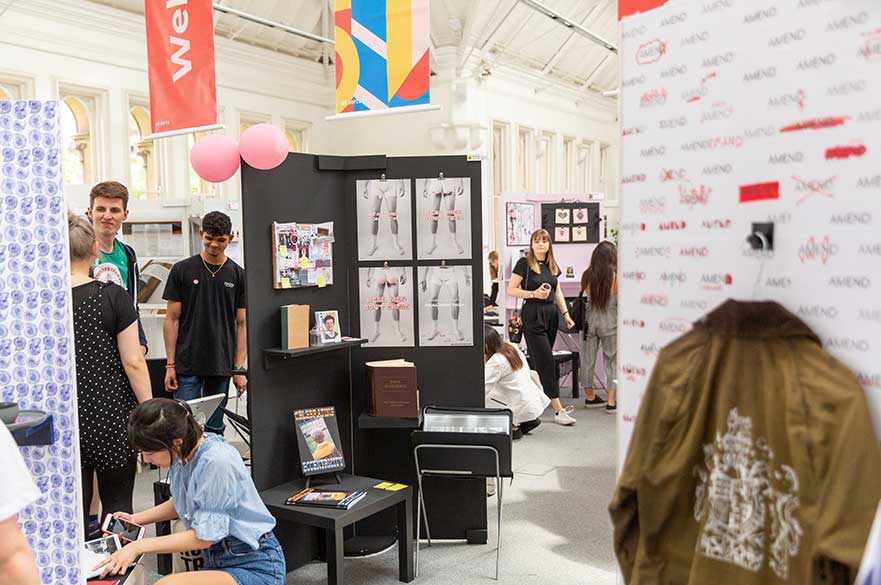 Additionally, four students were named winners of the YCN student awards. Oliver Allen, Emily McCarthy, Mihir Mistry and Olivia Taylor were all recognised in the annual awards, which challenge Graphic Design students to respond to a number of creative briefs set by well-known brands, which this year included the Art Fund and the Dog’s Trust.

A further three students were awarded prizes in the Paper Rose Awards, an annual greeting card design competition run by Paper Rose / and The Art Group. Luna Paszkiewicz was crowned overall winner, and will see her designs stocked in Paperchase, in addition to receiving a £400 cash prize, and the opportunity to undertake a paid internship at Paper Rose / and The Art Group. Fellow students Helen Cooke and Katie Barker came third and highly commended respectively.

Upon her win, Luna said: “I was shocked to be awarded the winning place – I’ve never really believed in myself as an illustrator. It’s definitely given me the confidence to push all my self-doubt aside and chase after my dreams.” 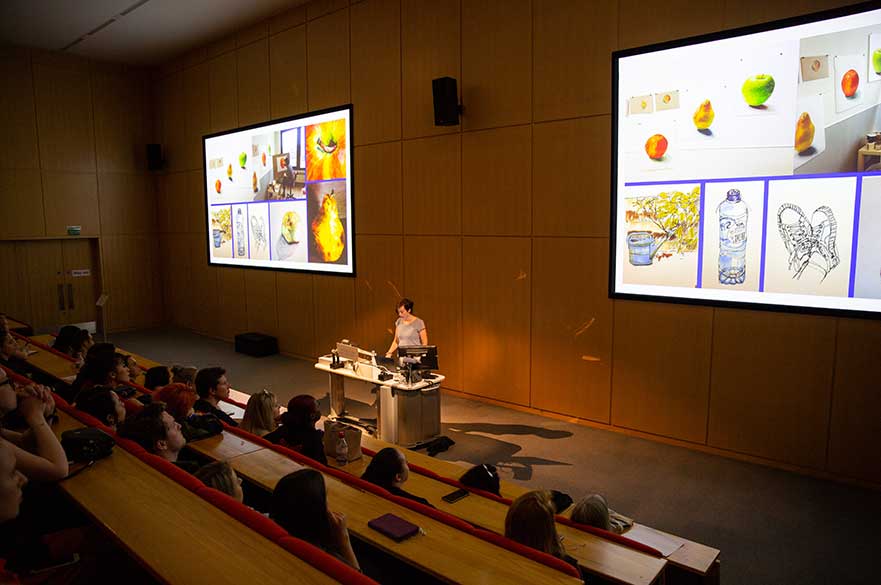 A guest lecture by Trapped in Suburbia

Elsewhere, the festival theme continued with printing press workshops and stalls hosted by students selling their works. The event also included opportunities for students to network with specially invited industry professionals, and to have portfolio reviews with designers from a number of agencies.

Finally, the cohort hosted two guest lectures: one from NoBrow Press, and another from Trapped in Suburbia. Each organisation shared valuable industry insights and tips with the students, in addition to sharing some of their most successful projects and answering questions.

Kathryn Coates, course leader for Graphic Design, was delighted with how the day went. She told us: “Our festival day was an amazing way to celebrate and share the work of our graduating students. We networked with industry, heard inspirational talks given by practitioners from the UK and the Netherlands, had a live printing press running, and graphics market where entrepreneurial students were selling their work. A wonderful event that we hope will be the first of many!”