Students from Nottingham Trent University have starred at a national equestrian competition. 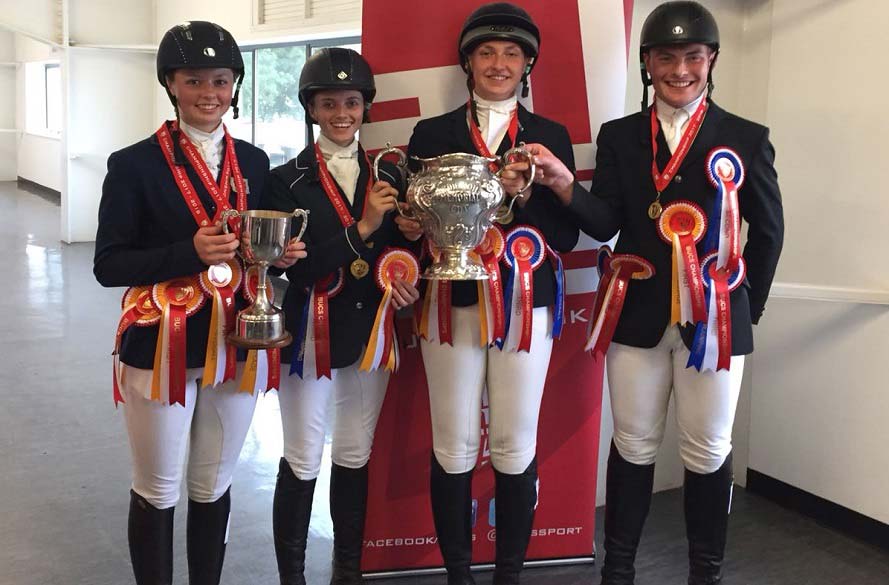 NTU beat five other universities to secure individual and team prizes for dressage and show jumping as well as the award for the best overall rider at the BUCS National Championships.

The University had four students competing in the finals; Chloe Pearson, Lizzie Baugh, Will McManus and Libby Dawson. The team was organised by Ealana Boyle and supported by reserve rider, Amy Hall.

Chloe, who studies equine sports science, won the individual dressage prize. Chloe impressed judges with her freestyle routine to music and another medium level test she rode from memory.

Both finalists for the individual show jumping prize were from NTU, with Lizzie finishing ahead of Will. Lizzie was also awarded the best individual rider, beating 42 other students to claim the title.

NTU also won both the team show jumping and dressage events. They remain unbeaten in every team competition they have entered this year.

Lucy Field-Richards, lecturer in Equine Sports Science in Nottingham Trent University’s School of Animal, Rural and Environmental Sciences, said: “The students demonstrated an enormous amount of professionalism throughout the week and represented NTU in the best possible light.

“It was the hardest equestrian competition I have ever seen, with students having 5 five minutes to warm up previously unknown horses for medium level dressage tests and to jump up to 1.2 metres.”