NTU Hockey Scholars are preparing to play Holland as part of England's U21 division later this month. 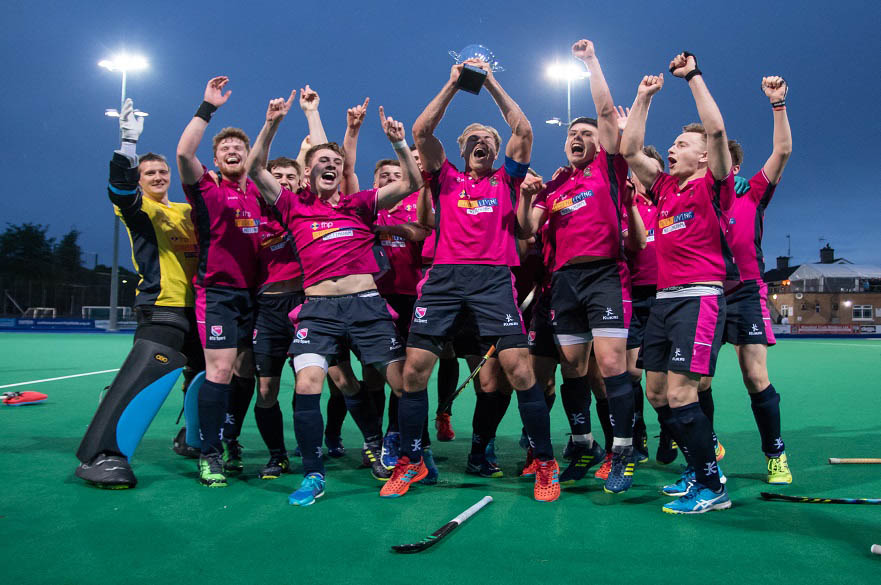 NTU Scholars Kyle Marshall, Gareth Griffiths and Lucas Ward have been selected to represent England as part of the Under 21 team to play off against Holland later this month.

The international-level competition will go ahead 24-27 June at Lilleshall. Nick Park, who is set to join NTU as a Hockey Scholar in September, has also been selected to play for England in the game.

News of selection comes as the whole of NTU Men’s Hockey celebrate the best season in their history, performing extremely well in Premier A League this year.

The team achieved their highest rank so far in the BUCS League to finish in second, missing out on the top spot by just one point.

The team won convincingly against Sheffield Hallam, battled through to win on penalties against Exeter before facing Durham in their first ever BUCS Championship final.

A huge crowd turned out to cheer on both teams at Beeston Hockey Club, where NTU tackled their toughest challenge of the season.

In an incredibly tough match, both teams kept up a fierce play with neither breaking ahead before full time. Durham took the win in a tense penalty shootout with a final result of 3-1.

The Men’s Hockey team went on to secure a varsity win for the first time in five years for NTU, playing through UON’s very strong defence to achieve a score of UON 1-0.

The team’s success has been exciting to follow, and with four players involved in the GB Elite programme there is surely more to come:

With nine first years in the squad, the team have bonded really well. NTU are delighted with the success our students are having at International level. The players have worked hard to earn these selections. Back in May Matthew Crookshanks also represented Ireland U21 in a tournament in New York, and is looking forward to hopefully playing in the Sultan of Johor Cup in October. It is an exciting time for NTU Hockey, and a brilliant opportunity to play Holland, and something I know the players are looking forward to.

Here at NTU Sport we'd like to wish all athletes the very best of luck, we're excited to see what the next season brings!