The exhibition, funded by AHRC doctoral partnership Midlands3Cities, will be launched at the Scottish Parliament 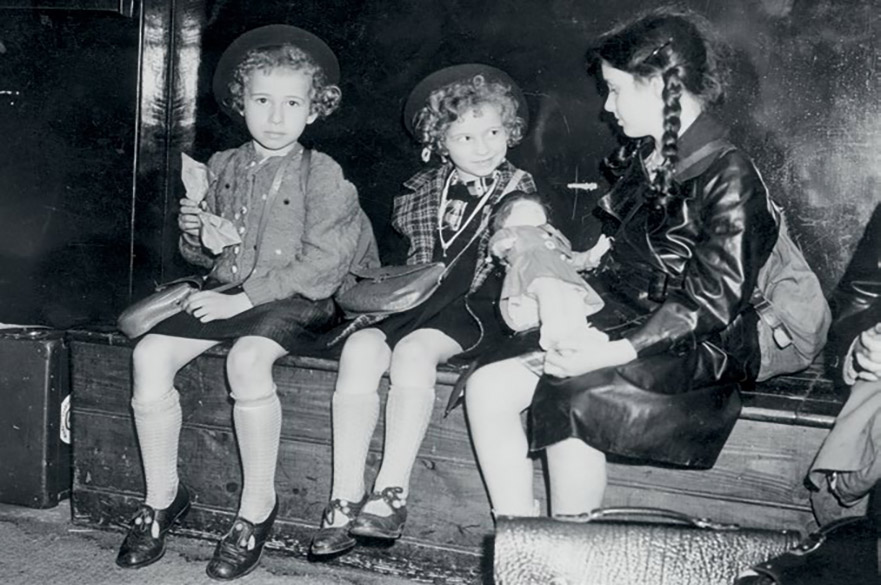 Hanna Cohn (Right) a Holocaust survivor who features in the exhibition.

A group of PhD candidates at Nottingham Trent University have this month launched their exhibition ‘Responding to the Present by Remembering the Past’. The exhibition, funded by the AHRC Midlands3Cities Doctoral Training Partnership, focuses on how the organisation World Jewish Relief use memories of the past to encourage positive social action.

The exhibition will launch at the Scottish Parliament on Friday 15 June, where PhD supervisor Professor Bill Niven and candidate Amy Williams will give a joint paper on ‘Caring Through Remembering’. The exhibition will then travel to NTU’s Clifton Campus and Nottingham’s Council Building during Refugee Week, which begins on Monday 18 June.

The group aim to send the exhibition to other UK universities in the future. A PDF version of the exhibition is also available, which they will send overseas to museums in America, Australia and New Zealand that focus on the Holocaust, genocide or refugee issues.

The exhibition is the product of a conference that took place earlier in the year, which was attended by the National Holocaust Centre and Museum as well as representatives of World Jewish Relief (WJR). Amy Williams told us: “The exhibition came about because I wanted to give something back. I wanted to raise funds for WJR to help refugees today. They have helped me with my PhD work, and I wanted to create an exhibition to thank them but also to ask questions and challenge us to think about memory and history. Therefore, we set to work organising the one-day workshop and this exhibition has resulted from that day.”

The exhibition was researched and written by PhD students at NTU: Amy Williams, Joan Salter, Elizabeth Kendrick, Catrin Harris and Hannah Wilson, along with their supervisor Professor William Niven. The students collaborated with other PhD candidates; Ruth Brittle from University of Nottingham, Imogen Dalziel from Royal Holloway and Jeanette Rodgers from University of Birmingham. It incorporates material from World Jewish Relief’s archives, as well as those from The Wiener Library and Hands on London. Some material has also been sourced from the personal papers of Dr. Amy Zahl Gottlieb and the 1979 paper The Central British Fund for World Jewish Relief given to the Jewish Historical Society by Miss Joan V. Stiebel, MBE. Images used in the exhibition were taken from the Wiener Library and Hands on London.