Leah Davis, Tom Knowles and Ben Wood all received Wooden Pencil awards for their final year projects at the annual exhibition of excellence in design and art direction 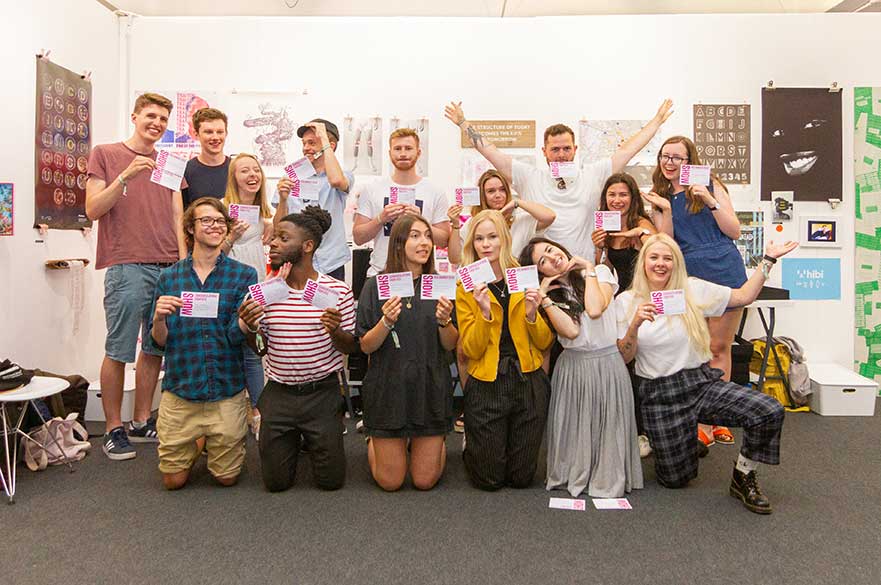 This summer saw 19 students from our BA (Hons) Graphic Design course selected to attend Design and Art Direction (D&AD) New Blood, a highly esteemed, not-for-profit organisation first set up in 1962 by a group of designers and art directors, including David Bailey, Terence Donovan and Alan Fletcher, to raise standards within their creative industry.

New Blood is an intrinsic part of the D&AD foundation; spanning three days in London annually, it comprises an exhibition and series of world-class programmes for young creatives, to celebrate and recognise new design talent. Participants of the event gain invaluable opportunities to meet visiting professionals and showcase their final year work. Visitors include a wide range of creative professionals and representatives from established design agencies, emerging designers and global brands. The corresponding annual New Blood awards are open to any student aged 18 – 24. This year, 17 real world briefs were set by brands including Adidas, Adobe, the BBC, Dropbox, Giffgaff, John Lewis, Nationwide with Shelter, and more. There were over 5000 entries, from 55 countries.

Three final-year students were given prestigious D&AD pencil awards in recognition of their project work in response to the 2018 New Blood briefs.

Ben Wood and Tom Knowles were awarded a prestigious D&AD wooden pencil for their joint project, Male Baggage, aimed at encouraging men to talk about their feelings and to address issues of mental health and sexual well-being, responding to a brief set by Dropbox. 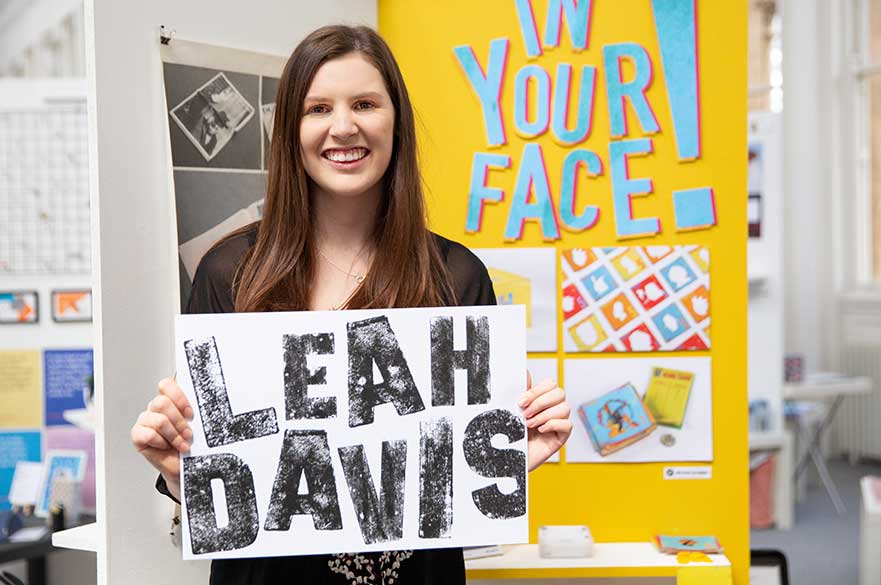 Leah Davis was also given the wooden pencil award for her project, In Your Face!, in response to a brief set by Hasbro. Inspired by a traditional coin-throwing pub game, she developed a trivia game designed to be interactive and get people communicating with each other. She told us: “Since learning about the D&AD awards I have always said that I would love to have one, but never in a million years did I think I would win! Having won feels surreal and having my work awarded makes leaving university a little less daunting."

Graphic Design course leader Kathryn Coates commented: “The Graphic Design team at NTU are incredibly proud of all our students who attended the New Blood exhibition 2018 – the group includes several winners from a number of professional awards and competitions undertaken this year, and interest from industry to their work on display at the show has been fantastic. We’d also like to give massive congratulations to Ben, Tom and Leah in achieving such great success in these highly competitive D&AD awards.”