The conference was supported by the British Commission for Military History and was attended by scholars from across the UK and US. 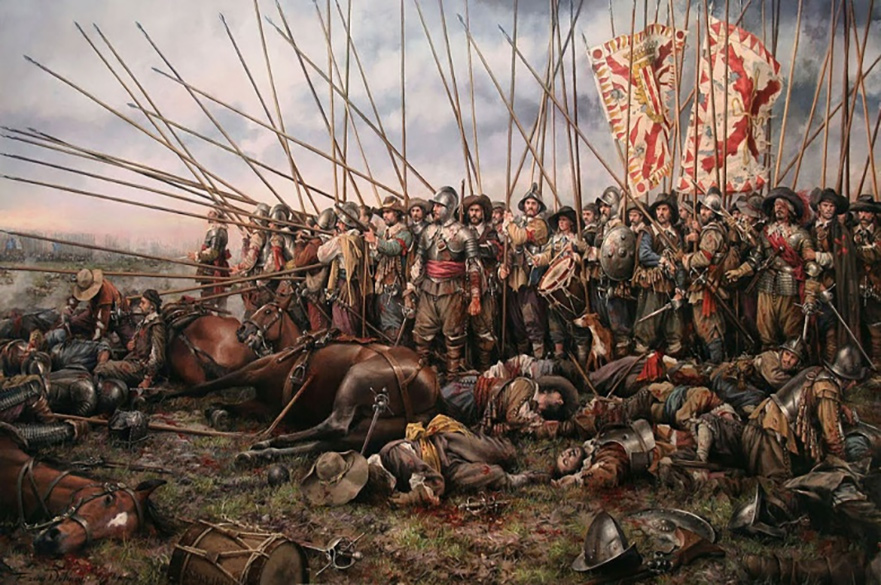 This month, the Centre for the Study of Religion and Conflict at Nottingham Trent University hosted a conference to mark the 400th anniversary of the Thirty Years’ War, held at our Clifton Campus. Professor Martyn Bennett hosted the event, which was supported by the British Commission for Military History.

The Thirty Years’ War was a cataclysmic event, which involved the Holy Roman Empire, the Spanish Empire and France along with most of the state of northern Europe and Britain. Whilst at its core, the war was a struggle between the Catholic empires and protestant German states. The war also saw a power struggle for control of central Europe, making it just as political as it was religious. More importantly, the war saw the development of what has been called the Military Revolution as new tactics were developed.

The conference explored a multitude of aspects of war, from studies around a ‘military revolution’ to the impact of the war on communities. Academics from the University of Glasgow and the University of the Highlands and Islands discussed demobilised manhood and the Scottish widows of the Thirty Years’ war respectively. The conference also discussed the career of one of England’s most famous generals, Thomas Fairfax. It was attended by representatives from several UK universities, as well as the Pike and Shot Society and publisher Helion, who specialise in military history.

Professor Martyn Bennett commented: “Thirty Years’ War 400 Years On proved to be an exciting day with a range of inter-related themes springing from both the Thirty Years’ War and the military revolution. The delegates appreciated how the papers varied and yet complemented each other well; inspiring thought and a desire for a further conference. The collaboration with The British Commission for Military History and the participation of Helion Books, one of the most modern and prolific of military history publishers, enhanced the experience for all of us.”

The Centre for the Study of Religion and Conflict was established to increase understanding of the origins, ideology implementation, impact and historiography of religion and conflict in the medieval and early modern periods. Currently the Centre’s core members have expertise in the Crusades and Military Orders; Reformations and Confessional societies; the Conquest of the New World and Seventeenth Century Britain. The Centre has relationships with a number of local institutions such as Bromley House Library, the National Civil War Centre and the Old Rectory Museum, Loughborough.