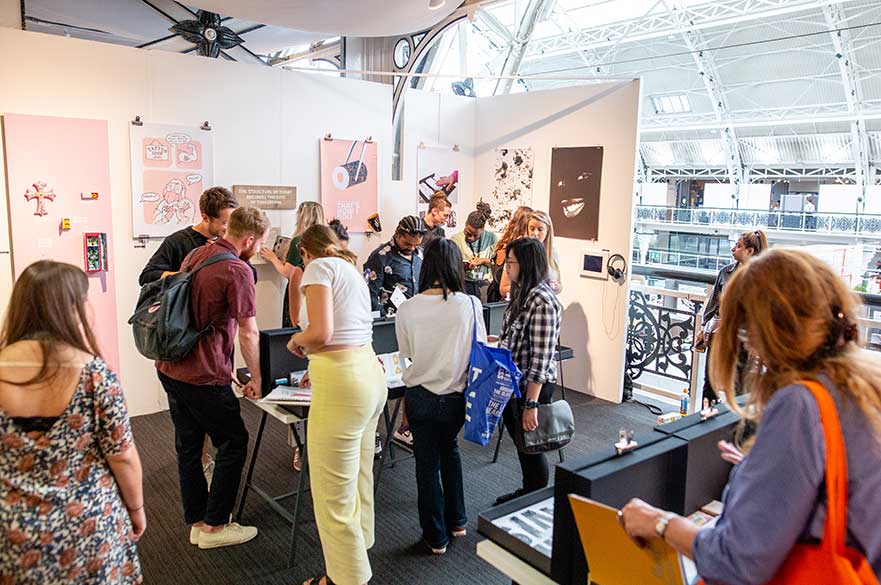 Two students on our BA (Hons) Graphic Design course have beaten tough competition to be crowned winners of two top awards at New Designers Week 2, the second instalment of the annual showcase of emerging design talent.

Taking place at the Business Design Centre in Islington, students from our BA (Hons) Graphic Design, BA (Hons) Animation and Design for Performance (BA (Hons) Costume Design and Making, BA (Hons) Design for Film and Television and BA (Hons) Theatre Design) courses exhibited their portfolios and finished projects, aiming to catch the eyes of industry and press visitors. And with over 3,000 students from universities across the UK taking part in New Designers this year, competition was hotter than ever before.

The New Designers Joules Graphic Prize was awarded to Graphic Design student Megan Williams. The judges from the leading British clothing and homeware company were on the lookout for originality, fresh ideas and a vibrant use of colour. They thought Megan’s work stood out against the hundreds of graduating Graphic Design students’ portfolios they saw, and were particularly impressed by her ability to produce both creative and commercial designs.

The judges commented: “Both charming and considered, we think Megan's work shows a real maturity and showcases everything we were looking for in our winner - from typography and layout to a great use of colour and importantly, a sense of humour.”

Megan will receive a £500 cash prize, in addition to a two-week paid work placement at the Joules head offices. During her time there, she will get the opportunity to have a commercial portfolio review, which will be invaluable for her career going forward.

We caught up with Megan, who told us: "I’m so excited to have won the New Designers Joules Graphic award! It was so unexpected. It was really lovely to meet all the team and I’m really excited to start my placement; I'll get to have a go at everything they do, from their brochures to packaging." 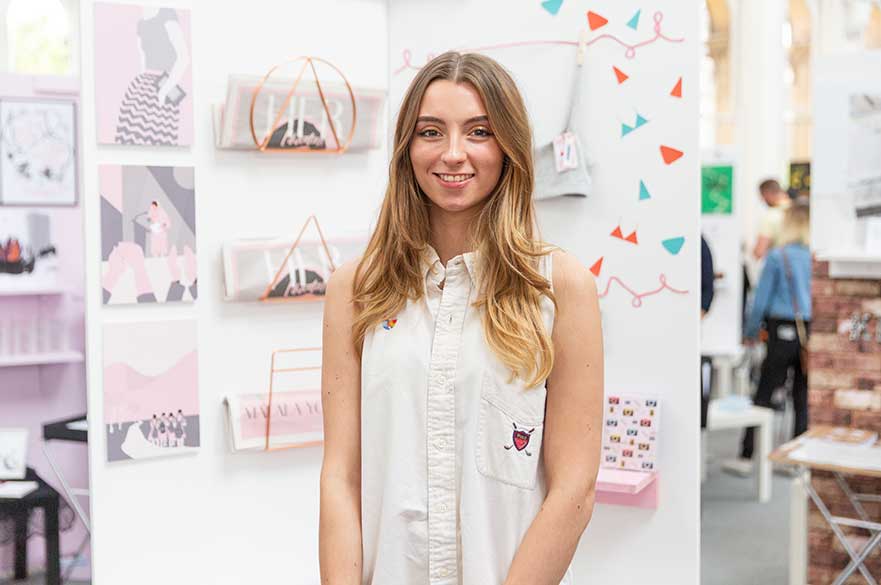 Sophie will take up a three-month paid internship at the company’s head office in southwest London, during which time she will get insights into the lifecycle of a product, particularly exploring the design and product development stages.

A number of other students were highly commended for their talents by industry judges. Jude Amponsah made it into the top six out of 1500 students to be shortlisted for the Business Design Centre New Designer of the Year award; a real accolade recognising the creativity and forward thinking nature of his work. Whilst Joules named Megan Williams as their overall winner, the judges were also impressed by Ela Jones, Amaia Kurschinski and Anisah Rahman. Student Sophie Lawrence was additionally recognised for her creative talent by global brand Pentland, receiving a shout out on her work.

The students’ achievements delighted Kathryn Coates, course leader for Graphic Design. She said: “New Designers offers us an unrivalled opportunity to show work in London to a vast array of industry. The value of this exposure is enormous with students networking, securing internship opportunities and winning awards! Megan and Sophie’s wins are a great achievement and we wish them every success in their future careers.”