Alice Thickett, who goes by the artist name Keith Bloody Mary, is showing a series of collages exploring an imagined dystopia 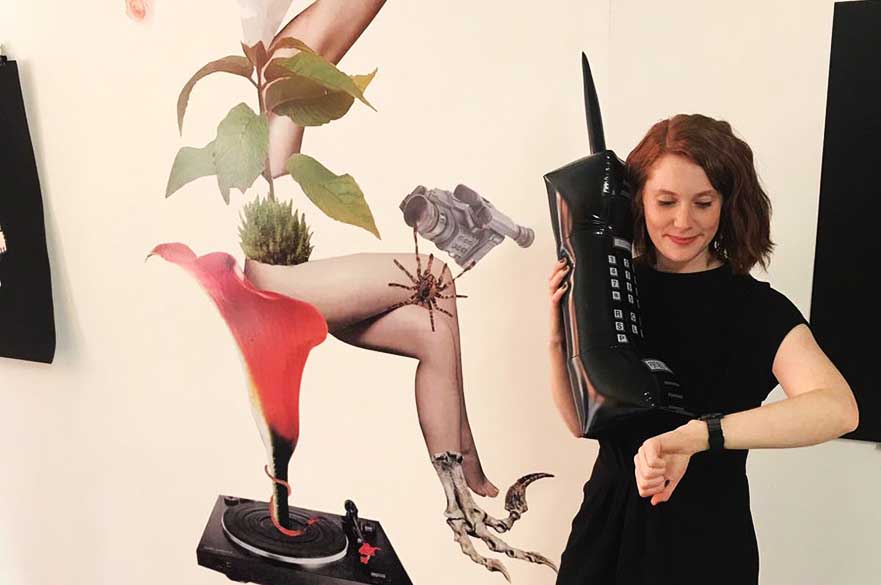 Alice at the launch of her solo show at Wigan STEAM

An alumna from our BA (Hons) Fine Art course has recently opened a solo show at Wigan STEAM, an innovative arts organisation who programme content to connect STEM with culture and heritage.

Alice Thickett, who graduated from the course in 2010, is presenting Unfashioned Creatures, a series of hybrid collage creatures taking an imagined dystopia as their point of departure. Inspired by her MA thesis, which explores the concepts of Frankenstein and the Anthropocene, Alice imagines a world in which humans are extinct, leaving nature to reign and create new forms from human remains. What emerges is a series of comedic yet potentially prophetic collages, made painstaking by hand using found magazines and books. 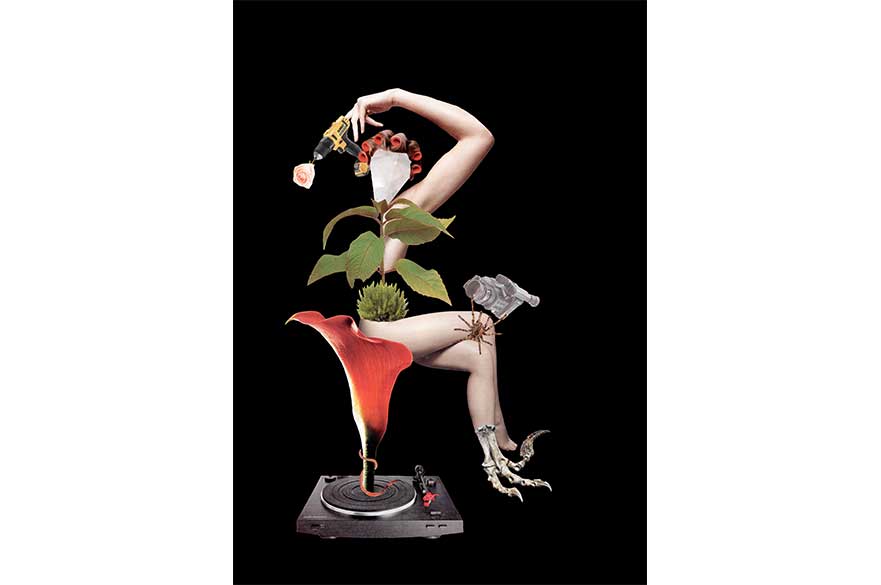 We caught up with Alice, who told us a little more about her work: “My exhibition is the culmination of work I made whilst on a residency at Wigan STEAM. The venue has a slant towards art science, which is what I have started making recently. It is inspired by my MA thesis, which is to do with Frankenstein - cutting and pasting- and the Anthropocene – a new geological age we might be entering, where humans have impacted on the earth to a substantial degree. The exhibition looks beyond humanity; perhaps we are not so important after all. My work is often ridiculous, and is intended to be weird and a bit funny!”

She continued: “I’m currently studying for a Masters in Manchester, and I don’t think I could have gone on to do that without my BA. Most people in the arts have come from Fine Art degrees, and it’s great to have started a network at NTU which I still use today!”

Prior to undertaking her MA, Alice remained in Nottingham where she worked as Youth Programmer at Nottingham Contemporary, presiding over a national programme for young people called Circuit, which culminated in a highly successful festival in 2015 which saw over 4,000 young people engage with the gallery.