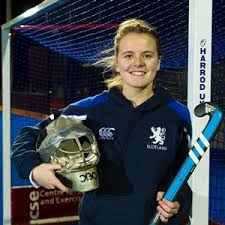 With coaching experience at Edinburgh Academy, Milfield & Scottish Hockey, Nicki is sure to be a great asset to the Hockey performance programme.

Nicki will be leading the goalkeeping coaching at the university along with the Women's 2nd XI for the forthcoming season.

Her arrival is hoped to build even more on NTU Hockey’s recent successes and milestones. Men’s Hockey celebrated the best season in their history with a record rank in the BUCS League to finish in second, missing out on the top spot by just one point.

NTU Women’s Hockey have also grown from strength to strength, with talented scholars like Caro Hulme making their first international cap, where the player represented Wales in the 2018 Commonwealth Games.

NTU Women's 1st team gained promotion to Premier North B last season and are looking forward to the challenge for the title again, with international players from around the world coming to NTU in September.

Head of Hockey Colin Clarke said: "We are delighted to welcome Nicki as part of the coaching team at NTU.

“There’s no doubt that she will bring an added energy to the Women's programme, and provide the expertise and knowledge needed to further develop both the male and female Goal Keepers in the club.

“Her experience of top level play with GB & Scotland makes her a fantastic role model for the 100+ female hockey players at the University.”

Nicki commented: "I am really excited about joining NTU Hockey and can't wait to be fully involved. Having thoroughly enjoyed playing university hockey myself, l am now looking forward to passing on my passion for the game by working with the students and coaches to help to drive hockey at NTU forward".