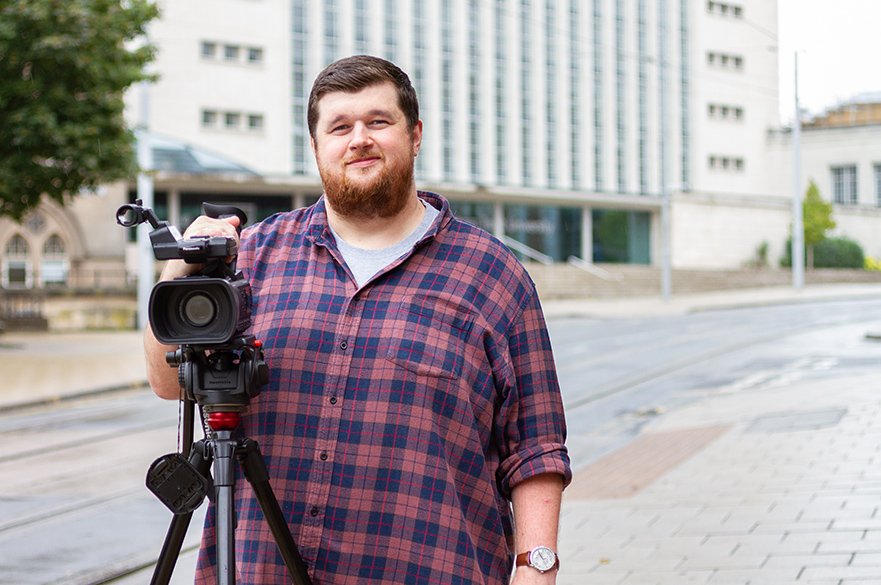 MA Documentary Journalism student, Ashley Carter, will screen his short film ‘Ladies and Gentlemen: Flex Buffington’ this September as part of Burning Hammer Film Festival in Shoreditch, London. Burning Hammer is a unique event designed to champion the best stories in professional wrestling, and is the first film festival of its kind across the UK and Europe.

Ashley’s film is a four-minute documentary about British wrestler, Flex Buffington. Ashley was inspired by Flex’s approach to wrestling, as he uses the sport as a way of dealing with his own insecurities and body issues. After connecting with Flex via his Facebook page, Ashley saw an opportunity to use the wrestler’s story to challenge preconceptions of masculinity in the sport.

Speaking about his acceptance to the festival, Ashley told us: “Having Ladies & Gentlemen: Flex Buffington accepted to The Burning Hammer Film Festival in London is hugely exciting. Knowing that a film I shot and edited in around 10 days will be screened amongst some huge films is daunting, but I’m so excited for more people to see it, and to be exposed to someone as interesting as Flex.” 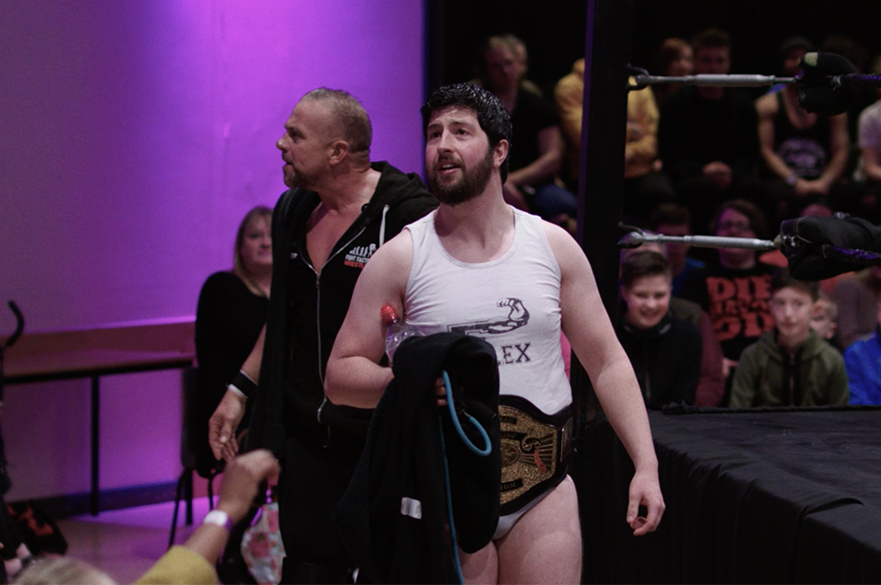 A still from the film, featuring Flex Buffington at a wrestling match

Despite studying his undergraduate degree in an unrelated subject, Ashley knew that he wanted to work in filmmaking. The MA Documentary Journalism course was the perfect way to hone his skills and decide on his career path. Ashley aims to continue making documentaries independently after his degree, as well as working as a teacher. He credits his renewed career focus to the MA Documentary Journalism course, telling us: “I think the Masters has helped me define exactly what it is I want to do in documentary, as well as opening up my mind to new possibilities in the genre.  Being self-taught, working in an industry when you have no formal qualifications can be daunting in that you always have a niggling sense of insecurity that you’re not doing things right. Taking a Masters has completely removed that doubt from my mind, and has shown me exactly what I was doing right, and what I was getting wrong.”

The next step for Ashley is building on a project he has established as part of his Masters, titled The Dreams of Running Bear. The documentary is currently 15 minutes long and focuses on a British man from Coventry who lives as a Native American. Ashley first had the idea for the documentary around seven years ago and has been working on building a relationship with him over time. His plans are to make this short film from his postgraduate degree into a full feature film.