The new BUCS Super Rugby season has kicked off in style with a live-streamed victory at home against Loughborough University. 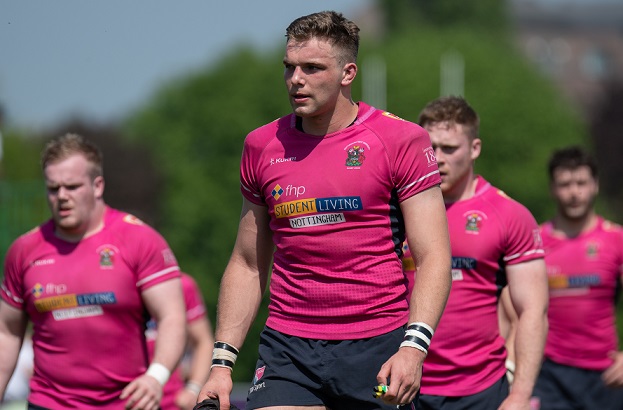 The new BUCS Super Rugby season has kicked off in style with a live-streamed victory at home against Loughborough University.

NTU have taken the first victory of the BUCS Super Rugby season with a final score of 29-27, as yesterday pink took on purple at the Lady Bay Nottingham Rugby grounds.

The win is also the first NTU has taken against Loughborough in the league, having grappled with the strong side last season with no joy.

Hungry for a win on home turf and following a promising preseason, the game was sure to be an exciting one for fans. With the match live-streamed and presented by YOTI, there was no need for anyone to miss out on the action.

Ahead of the game, Head Coach Alex O'Dowd commented that, despite the challenges of last season, he was feeling optimistic about the match.

We’ve always come in thinking we are capable of competing. We have always had a belief that we can do well, but the proof will be in the pudding out on the pitch.

NTU opened the score with a 5-0 lead in the first eight minutes of the match, after some good phase play in the 22. But Loughborough quickly equalised after an advantage was played from a collapsed maul, leaving the score at 7-7.

Loughborough took the lead after a chip and chase sent them over in the corner: 7-12. In the 22nd minute of the game NTU kicked for the posts after being awarded a penalty to make it 10-12. On the brink of half time Loughborough converted a penalty to head in at the break leading 10-15.

The second half of the match saw both teams up their play, breaking ahead to keep the scores extremely close, right up to the final minute.

Quickly after the restart NTU scored a try after a lineout in the corner: 15-15. A solid driving lineout from NTU was good enough to send them over to take the lead: 22-15. With just under 30 minutes left Loughborough scored a try after some great hands to put the score at 22-20.
With less than 10 minutes remaining Loughborough went over after some good forwards play: 22-27. With the game looking all but over a solid lineout from NTU led to a try to tie the match at 27-27. NTU converted the kick to win in dramatic style 29-27.
The livestream game sees the season off with a bang for NTU, who are looking to build on their successes at the back end of the last season.

The last season proved difficult for the team to find a stride, following a series of defeats before turning things around to give some excellent play in the last stretch.

With NTU’s next BUCS Super Rugby league game in a week’s time, the team will be hitting training to prepare for another challenging season.