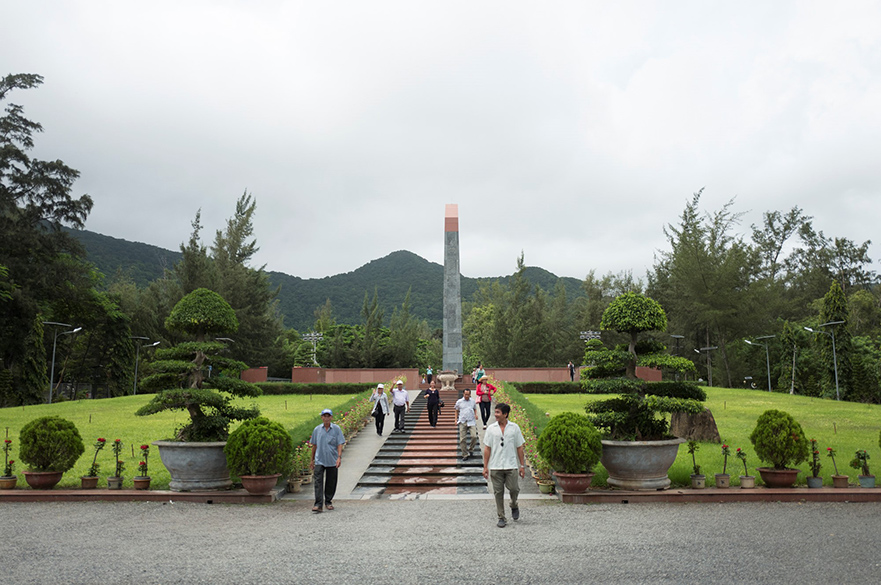 This September, a group of academics visited Vietnam to research into Prison Heritage sites in a project that is part of the Global Heritage research theme at Nottingham Trent University. Dr Sophie Fuggle, who lectures on BA (Hons) French joint honours courses and Dr Katharina Massing, lecturer on MA Museum and Heritage Development, both used their expertise to offer interpretations of the heritage sites during a Prison Heritage Workshop at Ton Duc Thang University in Ho Chi Minh City. Charles Fox, lecturer in BA (Hons) Photography, also took part in the trip to photograph the sites as part of his ongoing project around legacies of conflict and colonialism, which looks at its manifestations and explores how the present is affected by the past.

The group firstly took part in a visit to the Con Dao Prison Sites, which were used by French colonialists and later, American invaders during the Vietnam War. It was a penal institution for more than a century, brutally detaining and torturing Vietnamese communist fighters. The Con Dao Island prison historical complex consists of 15 sites and includes a museum, which is open to the public. Con Dao is currently a favourite for high-end tourism in terms of beach resorts and health spas, although tourists often visit the prison site during their stay. 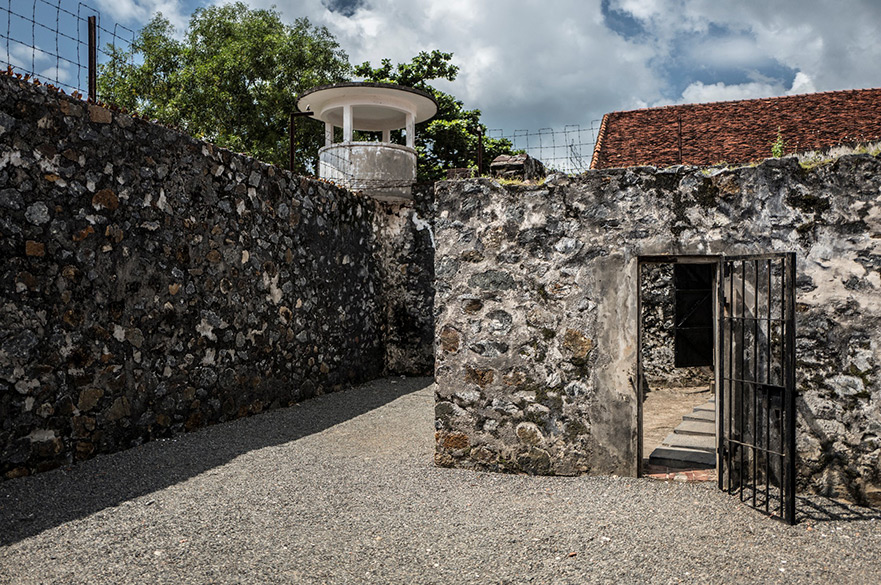 Another Prison site at Con Dao

The visit was followed by a Prison Heritage Workshop at Ton Duc Thang University, attended by the Faculty of Social Sciences as well as over 100 students and colleagues from across other areas of the University. The day consisted of presentations from various academics, allowing students to ask questions and discuss ideas around prison heritage and ‘dark tourism’. In this case, the group refer to prison heritage as ‘dark tourism’ due to the heritage involving troubling and difficult memories and linking to wider themes of colonialism and violence.

Dr Sophie Fuggle organised the trip and the workshop, and delivered a key paper as part of the event. She currently holds a UK Arts and Humanities Research Council fellowship, which is based on a project around multisite prison heritage in French Guiana and New Caledonia. Sophie presented research carried out at the Archives Nationales d'Outre Mer in France and discussed how these archives were important to understanding the importance of the islands to the French colonial occupation and the tourism that already took place during the operation of the prison. This visit marks the beginning of a larger research programme around dark tourism in Vietnam, in collaboration with Ton Duc Thang University and funded by the British Academy Newton mobility fund.

The workshop was also attended by Charles Forsdick of University of Liverpool, and Dr Maryse Tennant from Canterbury ChristChurch University, who discussed the University’s purchase and plans for the former Canterbury Prison. NTU’s Dr Katharina Massing discussed ecotourism in heritage and argued that a combined interpretation of both natural and intangible heritage resources could allow communities to develop heritage sites in a sustainable way. Charles Fox also discussed his work in Cambodia, where he has worked since 2005 in a range of institutions including international NGO’s, receiving publicity from the BBC, National Geographic and The Sunday Times, among others.

In addition to the continued research collaboration between the two Universities, the group plan to host an exhibition later this year titled ‘Poetics of Space at Con Son Island’, displaying the imagery Charles captured during the trip.