A Distinguished Professor at Nottingham Trent University has been awarded a prestigious fellowship, joining a select group of the world’s most eminent scientists. 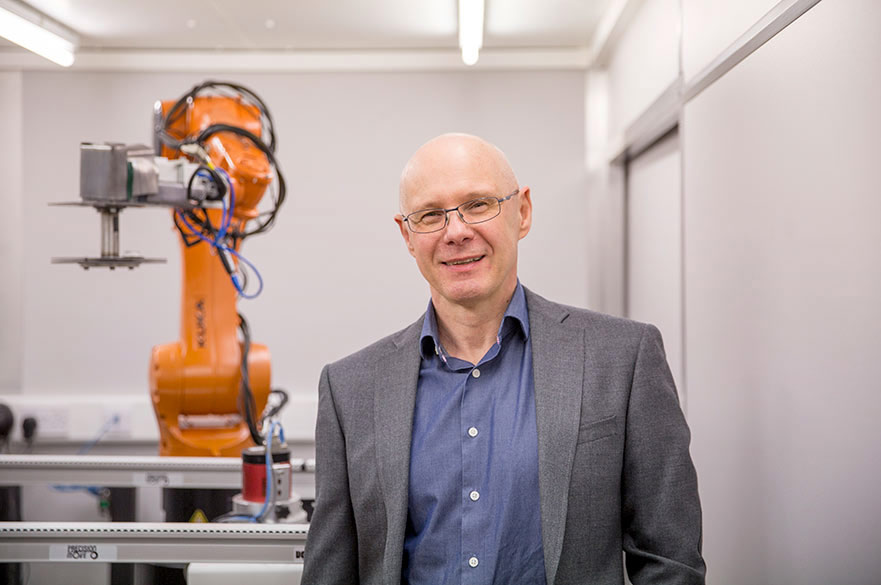 Professor Paul Evans, based in the university’s School of Science and Technology, has been appointed as a Royal Society Wolfson Fellow in recognition of his work into material specific 3D X-ray imaging for security and medical scanners.

The award was launched this year and is funded jointly by the Royal Society and the Wolfson Foundation.

It provides universities with additional support to enable them to attract and retain UK scientists of outstanding achievement and potential.

Professor Evans is developing a revolutionary X-ray scanner which will use scattered X-ray signals to identify the material of any suspicious objects in milliseconds, via their unique signatures or chemical 'fingerprint’.

Scanners are currently able to provide an image of an object and give a broad material category, but cannot identify specific substances in this way.

This can lead to numerous false alarms and a need for further investigation by hand, which slows down security checks.

The work by Professor Evans would also provide a new medical scanner to assess bone mineral quality and density.

Other potential areas include analysing archaeological objects to help identify their place of origin.

Professor Evans’ work contributed to the Queen’s Anniversary Prize for Higher Education, which was awarded to Nottingham Trent University in 2016. It is the highest national honour for a UK university.

Last year Professor Evans was presented the Dennis Gabor Medal and Prize by the Institute of Physics (IOP). The award recognises those who have made exceptional contributions to the application of physics in an industrial context.

In 2016 he was also awarded the Times Higher Education Award for Outstanding Contributions to Innovation and Technology.

Professor Evans, Head of the Imaging Science Group at Nottingham Trent University and Royal Society Wolfson Fellow, said: “I am honoured and very grateful for my appointment to this Fellowship from The Royal Society and The Wolfson Foundation.

"The Fellowship recognises the importance of innovation in science. It represents a hugely important step in supporting my long-term research vision to develop transformative X-ray technologies.”

Professor Edward Peck, Vice-Chancellor of Nottingham Trent University, said: “This is further recognition that Paul is one of the outstanding scientists in his field of his generation and we are very proud that his research is being undertaken here at NTU.”