Nottingham Trent University (NTU) and Twycross Zoo have announced the launch of a strategic partnership which will drive their joint commitment to advancing teaching and learning, skills development, research and strategic business development in animal and veterinary sciences and conservation. 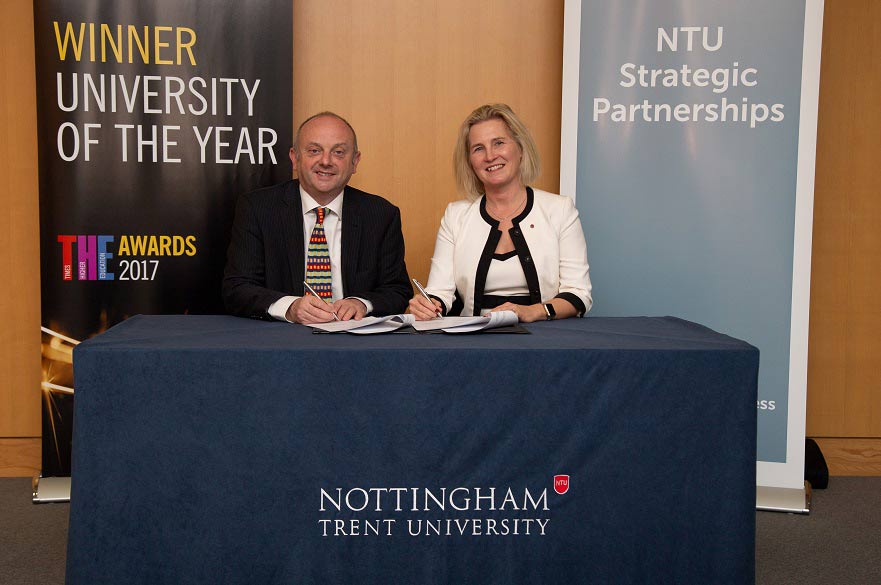 The partnership will cement both parties’ commitment to developing collaborative opportunities in curriculum development and delivery, student placements and research projects, apprenticeships and recruitment, and securing essential regional funding opportunities.

Dr Sharon Redrobe said: “This is a really exciting partnership and an important milestone in Twycross Zoo’s masterplan.  It allows us to formally outline our commitment to working closely with NTU as we strive to become a European Centre of Excellence for Science and Innovation, with a leading centre in Ape conservation.”

“This partnership will allow us to explore opportunities to work together, for the benefit of our students, Twycross Zoo, and the wider community of the East Midlands region. Twycross Zoo, a world primate centre, offers a unique proposition for collaboration across many subject areas from media, animal science, nutrition to project management, conservation and veterinary science.

“This relationship supports strongly the strategic aims of Nottingham Trent University in creating opportunity and enriching society. Over the coming months and years we will fully explore the extents of the collaboration which we expect to deliver significant value back into both organisations.”

Centrally located in the heart of England just off junction 11 of the M42, Twycross Zoo is open to the public from 10am to 6pm, 364 days a year. For further information and to book tickets visit www.twycrosszoo.org or call 0844 474 1777.