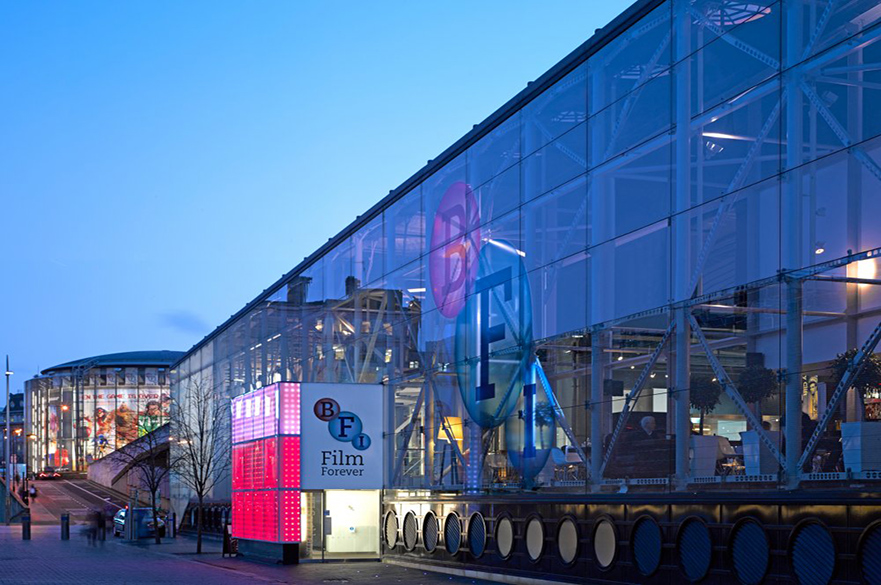 Students studying BA (Hons) Film & TV joint honours at Nottingham Trent University visited the BFI this month in order to learn more about the kinds of work they carry out. As the leading organisation for Film in the UK, the BFI brings together screenings, exhibitions, archives, festivals and educational resources to enhance academic study and increase audience engagement with the film industry in the UK. Founded in 1933, the organisation also awards valuable National Lottery funding to film production, distribution, education, audience development and research.

Students from all year groups went on the trip, and listened to talks, viewed the facilities and watched a screening of Some Like It Hot as part of the BFI Southbank Comedy Genius season. They heard from a programmer about how to curate film seasons, which relates closely to topics covered on their course. Other talks included information about the BFI online archives and the Library, in order to understand more about the depth of archival content the organisation holds.

First year student Georgia Harries told us: “The BFI trip for me really expanded my view on what you can do with Film & TV. I particularly enjoyed the historic element of the institute, learning about how the BFI developed overall from when they were founded to now. It was eye opening to learn about the amount of information, both written and media-based, that they have stored in their archive and library, with the library being open to the public. It was a great opportunity and really beneficial for my course”.

Ashleigh Ellis, a second year Film & TV student, felt the trip helped solidify for her what makes a film season and what needs to be included to ensure its success. She commented: “Going to the BFI Southbank was a fantastic experience for anyone who’s majoring in Film and TV studies. It was valuable to learn about restorations of old classics and creating new seasons commemorating different films. The season currently showing is called Comedy Genius, which helped us to grasp the different components that create a specific season. The film that was featured for this season was called ‘Some Like It Hot', and this helped to create a clearer understanding of what Comedy Genius was really about”.

Final year student Amy Morley added: “The trip was a great insight into the BFI’s importance within the film industry. The opportunity to meet and listen to staff discussing their roles at the Institute was very interesting; alongside information about how the BFI constructs and presents various seasons. The opportunity to visit the library was an invaluable experience for understanding more about the BFI's importance within the academic study of Film”.