Sport has helped Rebecca try different things and make new friends. As part of This Girl Can Week, Rebecca tells us why she loves belly dance and why Billie Jean King is such an important role model. 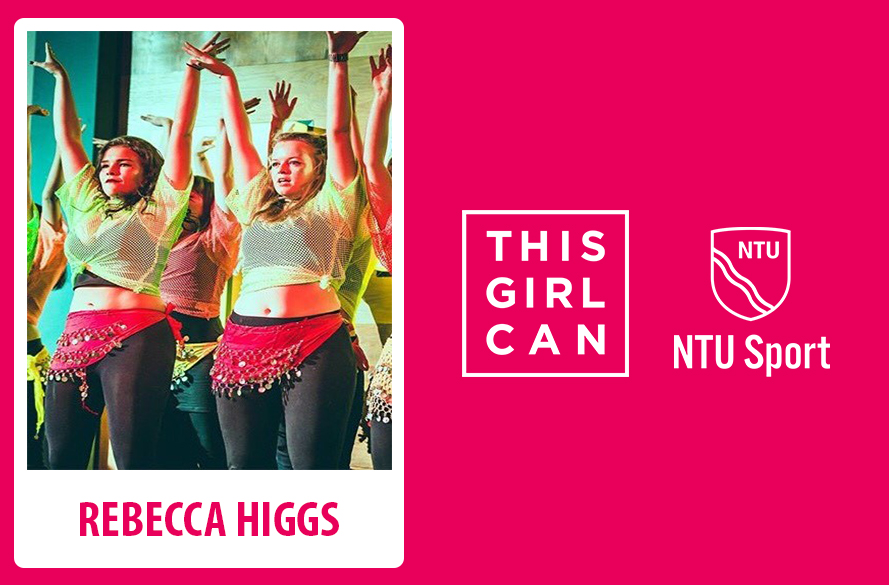 What sports do you play: Belly Dance
How often: twice a week

I have gone from having no knowledge and no confidence in my ability to having performed in several shows, achieving 3rd place in a group competition and becoming the president of Belly Dance. Quite the achievement!

Do you think it is important for women to be well represented in sport? (Why)

It is definitely important for women to be well represented in sport for a variety of reasons, one of those reasons is simply that sports are not only for men. All the young boys out there watching sports are seeing people like themselves succeeding in that sport and can thus, see themselves giving it a go.

Therefore, it is equally as important to do this for young girls, so that they can identify with the the players and know that, if they want, they too, can give that sport a go. It is also very important because it will provide a healthy outlet for energy and a great boost in self esteem to be apart of a team.

What are the benefits sport and physical activity can offer to people?

The benefits of sports and physical activity are endless. It leads to the obvious, better fitness and general health; you’ll have more energy and get more done in a day.

It also leads to better self confidence and esteem as, regardless of your skill level, you are watching yourself work hard on the sport and getting better at it.

It is a very useful tool to give yourself time away from university or work stresses, you’ll produce better work having had the opportunity to step away and focus on something completely different. It is also a wonder full chance to meet and make new friends.

What would you say to someone who is hesitating to try a new sport or activity?

Give it a go, what have you got to lose other than an hour or two. It may become your favourite part of the week, before you know it you’ll have learnt a new skill and met a whole different group of people.

Do you have a female role model that you most identify with and why?

I have so many female role models that I identify with and strive to match. One of my favourite sports role models is Billie Jean King. In September 1973, comments such as women don’t have the ‘emotional stability’ for sports and that they couldn’t possibly beat a man were frequently used.

Bobbie Riggs, a well known and accomplished male tennis player, was a big believer that women had no place in sports and publicised this opinion. He challenged Billie King, an exceptional female tennis player,  to a match at Wimbledon, to prove his statements and with the intention to ‘set the women’s lib movement back another 20 years’.

Billie King took on this challenge, with not only the pressure of the game on her back but also the weight of representing all women and the progression of the women’s lib movement. Over 30,000 people came to watch the match, and witness Billie King win every single set with flying colours and see Bobbie Riggs have to eat his words.

She proved that gender has no part to play in sports and that it is a huge mistake to underestimate the capability of women. Billie Jean King showed me that regardless of what other people may say and the limitations that society may place on the different genders, you can do anything if you try hard enough.