NTU fall to defeat away to Exeter

With the BUCS Super Rugby season continuing at pace, NTU made the long trip to Exeter looking to get their first away win of the season. 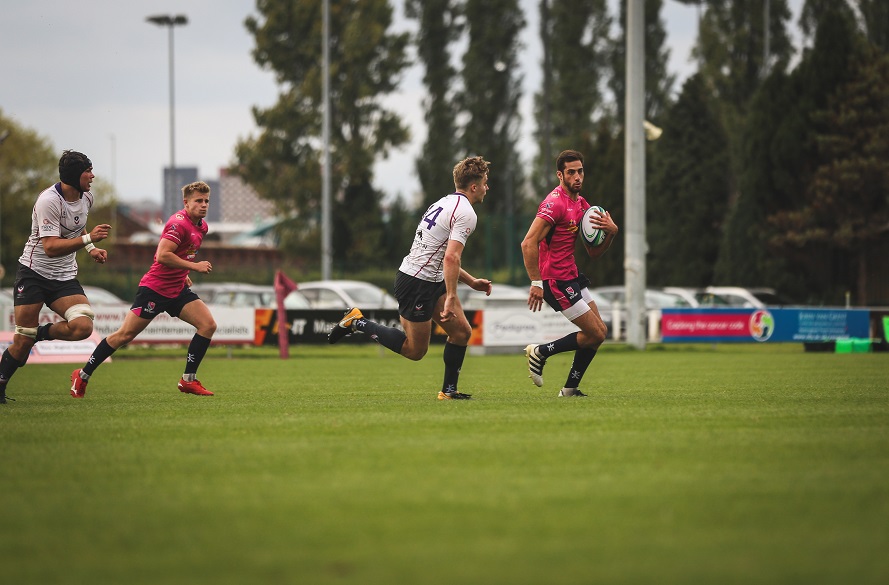 Coming in to the game after an excellent win on Wednesday 14 November over Cardiff University, NTU wanted to keep up the winning momentum. However, it was not to be as Exeter came out on top in a tough game for the pinks. The final score: Exeter 33-10 NTU.

Coming in to the fixture NTU sat eighth in the table, with the home side second after excellent wins against Durham and Northumbria, among others. Head coach Alex O’Dowd made seven changes to the side that beat Cardiff 31-19 last week at Lady Bay. Ed Morgan, Jamie Murray and Luke Bouchier were among the players to come in.

Good work from Exeter in the opening few exchanges helped them to go over in the fifth minute. The conversion was successful to get Exeter off to a great start: Exeter 7-0 NTU.

Exeter continued to push for a second try and, in the twenty-first minute, got it. Good work from a driving maul and a successful conversion extended their lead: Exeter 14-0 NTU.

With twenty-six minutes on the clock, NTU pulled a try back after some good work through the hands allowed us to go over in the corner: Exeter 14-5 NTU.

The home side continued to apply pressure and worked the ball up the NTU try line, a good pick up from the breakdown allowed Exeter to drive over: Exeter 21-5 NTU.

As the half time whistle blew, NTU went in at the break with plenty of work needed to help them get something from the game. The score at the interval: Exeter 21-5 NTU.

NTU started the second half well with some good defending to keep Exeter at bay. The men in pink went over again after a good switch of play in the centre of the pitch utilised the extra man, who ran the distance to go over: Exeter 21-10 NTU.

Exeter went over once more after a good set piece move: Exeter 28-10 NTU. Despite strong resilience from the visitors, the lead was extended further, as the green and whites went over with ten minutes left: Exeter 33-10 NTU.

The final score on a tough away day for the team, stood at: Exeter 33-10 NTU.

The result keeps NTU eighth in the table. The lads return to training as they prepare for another long away journey to face Cardiff Met next Wednesday.

NTU fall to defeat away to Exeter